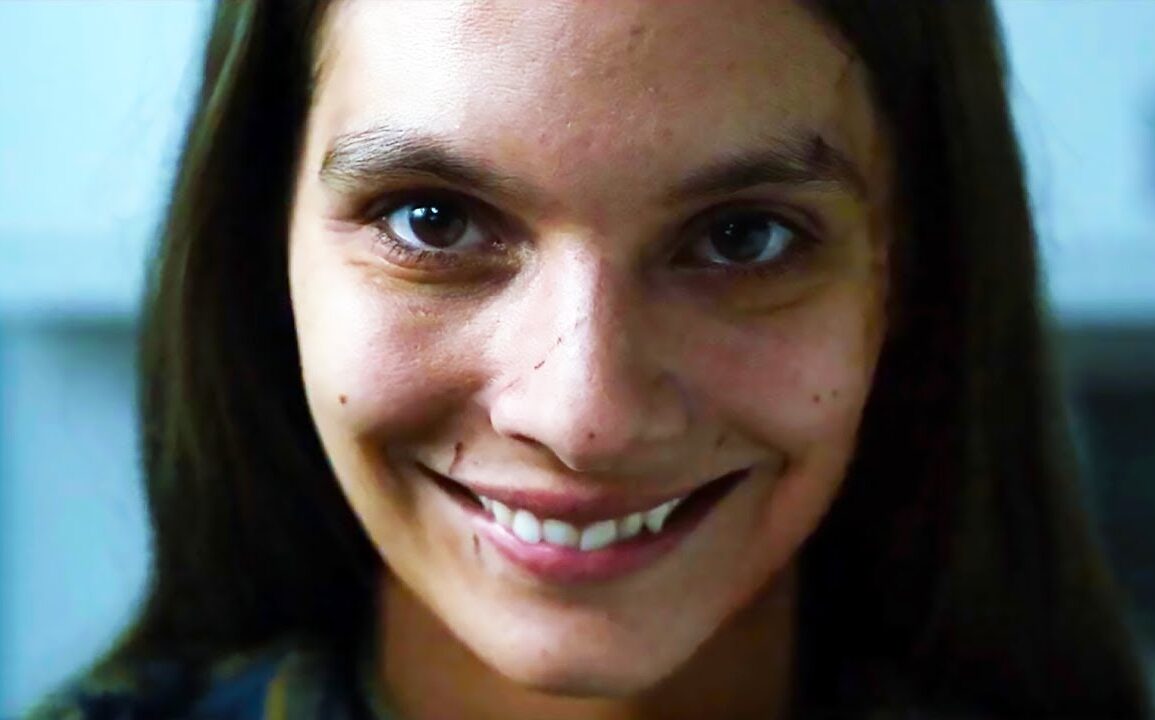 If this is your first type of these movie, you’ll love it. If not, this won’t bring anything new to the table.

Plot: Doctor Rose Cotter (Sosie Bacon) begins to hallucinate a smiling demon that wears the faces of people in her life after witnessing a patient commit suicide.

Review: While most film genres seem to be on the downswing in recent years, the only one that still is somewhat holding strong (and even then, not as strong as it used to) is horror. While watered down, there are still horror movies out there that hold my interest. Filmmakers like Jordan Peele and Mike Flanagan still bring me to theatres. While the old adage “it ain’t what it used to be” applies, at least some horror movies entertain the masses and aren’t bogged down by self-importance.

Which led me to give a movie like Smile a chance. First-time feature filmmaker, interesting premise, Kevin Bacon and Kyra Sedgwick’s daughter as the lead – sure, why not. Two things were evident to me one hour and 55 minutes later: Smile was like most of these new psychological horror pictures, and horror audiences are way too easily scared.

Let’s start with the first point. Smile is not bad. It probably didn’t need to be 115 minutes long, and there was a lot of the usual, “look, someone is standing in the shadows, be scared!” along with a suitable music cue. For most of the movie, the demon, or evil entity, or whatever the hell the thing was that was torturing Sosie Bacon’s character, did nothing. It would smile and go “rarrh!” and run at her. That’s about it. Nothing else.

This brings me to point number two – people were reacting in this movie as if it was the fucking Exorcist. Literally, there was screaming throughout. Screaming. As if they were dying instead of the characters on the screen. It was both hilarious and quite sad. Clearly, audiences do not demand more from their horror movies, so horror filmmakers are not obliged to give them more. To be fair, most of the audience was young, so perhaps they hadn’t seen anything. But still – it was somewhat laughable.

Smile is a perfectly made middle-of-road-film. It has an interesting concept, and the characters aren’t annoying. It lopes along at the pace you expect it to, slow burn, and there are no twists. The ending is exactly what you expect. It is neither enthralling nor annoying, competently shot and acted.

The one exception might be the monster which is revealed at the end. It was really cool and featured a unique look that, quite frankly, I wish I had seen earlier in the movie. Seeing people smile creepily loses its appeal after twenty minutes. This thing could give people nightmares. Pity, it was on screen for less than a minute.

As with almost all movies these days, this movie featured a totally unmemorable score. I literally couldn’t hum it for you, even if you put a gun to my head. You used to always be able to count on horror movies to give you the good stuff; Jason’s iconic “Ch ch ch ah ah ah,” pretty much any John Carpenter score, even Saw, all memorable. Now, I can’t differentiate one movie score from another. Music used to perfectly accentuate movies – just close your eyes and play the Terminator score, Back to the Future, or Speed – you know it’s that movie without opening your eyes. Now? Forget it.

So, that’s Smile. If you’ve never seen a movie where a character hallucinates strange shit (so it’s all in her head, or is it?), then go see this movie. You’ll love it. If you’ve seen It Follows, The Shining, or Oculus, then forget it – you won’t get anything more out of this movie.