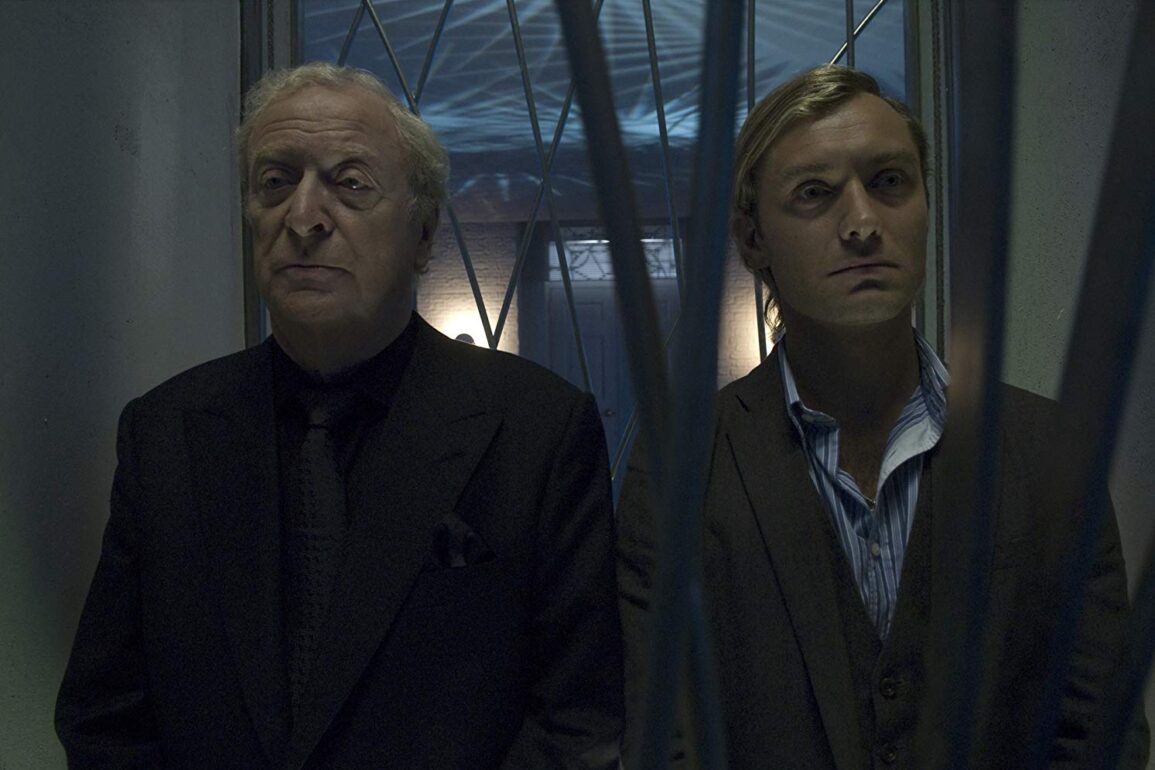 A terrible movie that wastes the talents of all attached and makes you wonder if the actors and director were blackmailed into making it.

Review: Let me put this on front street right now – I did not see the original Sleuth. I admit that is probably a shame within itself, as any movie where Michael Caine is matching wits with Sir Laurence Olivier should probably be mandatory viewing.  However, it is what it is.  I figured that in the very least, I could catch the update to the story, still starring two fine actors, in the aforementioned Michael Caine and Jude Law.

Let’s get this right – Michael Caine is great in this film like he is every other film he’s in. There’s just something so polished about him, he doesn’t seem to take a breath without a purpose.  I don’t think he’s capable of giving a bad performance if he tried.  Even though his character kinda sucks (more on that later), that is not because Caine didn’t play him properly.  On the contrary, he does everything in his power to make his character three-dimensional.  It’s not his fault it’s a losing proposition.

As for Jude Law, hey, I got great respect for him as an actor, but I think halfway through the movie, he decided this was a big camp flick and he started to chew the scenery.  His overacting is a stark contrast to Caine’s subtle, controlled acting, which may have been his intention…but it just failed. Badly.  He came across as hammy and ridiculous.  Definitely could have done better.

I have an enormous amount of respect for Kenneth Branagh as well, both as an actor and a director. In this movie, though, he seemed to be stuck on how to elevate the material. What resulted was an odd choice of choosing to shoot sequences either off closed-circuit televisions, which was a horrible idea, as you could barely make out what was happening.  The entire film just felt very weirdly shot, the angles and the choices of what to show and not show.  Again, I think Branagh thought he was shooting a different movie than he actually was.

Now let’s get to the story and characters.  The story was cut into three acts; the first act was okay, and then the movie started to begin to slide into absurdist territory, before just flat-out becoming ridiculous by the end of the film.  There’s this deception ploy in the middle part of the play that doesn’t work, simply because the viewer is aware of what film they’re watching; therefore, it’s drawn-out and tedious.  The characters are horrible; neither one comes off very well and rather than cheering for one the other, you just hope both end up dying horrible deaths.  It was a slog to get through this film, and no ending would have been satisfactory other than a murder-suicide.

The movie takes place basically in one setting, Wyke’s house, and it is impressive, very modern and sleek.  There is some makeup involved and it is quite good.  The score is not particularly memorable, but not horrible.  So, the other facets of the film are top-notch, it’s just too bad they decided not to wrap it around a decent story.

In conclusion, without seeing the original, I would recommend you would check that out over this half-baked remake. Avoid this one at all costs unless you are a die-hard Michael Caine or Jude Law fan.