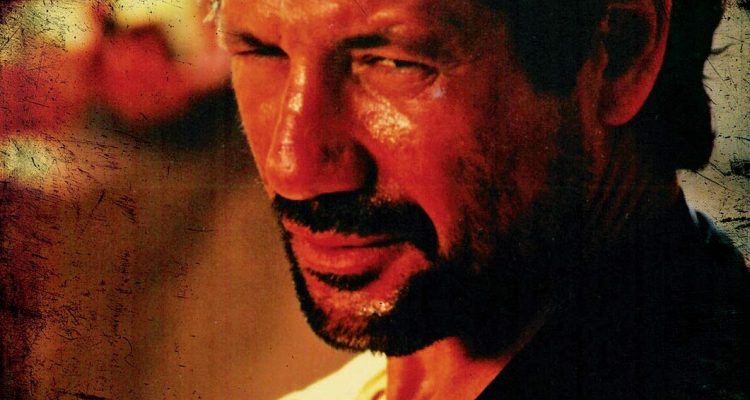 Ward and Skarsgard are fantastic in their roles, and for an 83-minute feature, this one grinds itself into your psyche. It’s a real gem if you’re willing to take the journey.

Plot: On a hot day in Texas in the 1890s, a stranger shows up at the small dairy farm of Royal and Ellie Thompson.

Review: A struggling, humble dairy farmer named Royal Earl Thompson (Fred Ward the same year he played Remo Williams) is disarmed one afternoon when a strange Swedish vagrant wanders onto his property and entreats him for a job of any sort. The Swede is a gangly man named Olaf (Stellan Skarsgard in his first English language role), and it’s clear that the man is some kind of fish out of water: He is awkward, withdrawn, and disinterested in making any kind of conversation. Royal hires him regardless, and to his delight, Olaf turns out to be quite the workhorse. Royal’s wife Ellie (Lise Hilboldt) eventually takes to Olaf’s strange demeanor and social ills, despite Olaf being completely and entirely his own man with his own set of particular rules. Years pass, and Royal’s farm begins to prosper thanks to Olaf’s hard work and ingenuity for productivity. Some 15 years or so later, Royal is once again approached by a strange man (played by Pat Hingle) who wanders onto his farm, only this time the man has a story to tell. The man declares that he’s been looking for Olaf for a decade and a half, and belies a strange and eerie tale that purports that Olaf is some kind of escaped lunatic from an asylum, and a murderer at that. When the man threatens to take Olaf away, Royal – in a split second decision – reacts with violence, and the man is killed quite unexpectedly. What follows is the undoing of Royal’s world: Olaf is incarcerated by the authorities, Royal is put on trial for murder (and is acquitted), and then Royal’s business suffers as a result of his neighbors no longer wanting to do business with him. Royal’s very sanity wavers, and his fate lies with the struggle he has in his mind and within his conscience over whether or not he murdered the man or not … because he can no longer see or remember the incident clearly.

Based on a story by Katherine Anne Porter, Noon Wine aired on television on American Playhouse, and it was previously adapted for television in the 1960’s by Sam Peckinpah, starring Jason Robards. This version was adapted and directed by Michael Fields, and it’s a gut puncher of a western. It looks at the simplicity of life on a farm, and examines a loveless marriage, and touches on masculinity and various other themes that manage to stir up a strange emotional stew that settles deep as you watch it. Ward and Skarsgard are fantastic in their roles, and for an 83-minute feature, this one grinds itself into your psyche. It’s a real gem if you’re willing to take the journey.

Kino Classics has just released a DVD (no Blu-ray) of Noon Wine, and it presents it in its original 1:33:1 aspect ratio in standard definition. There is also an audio commentary by director Fields. 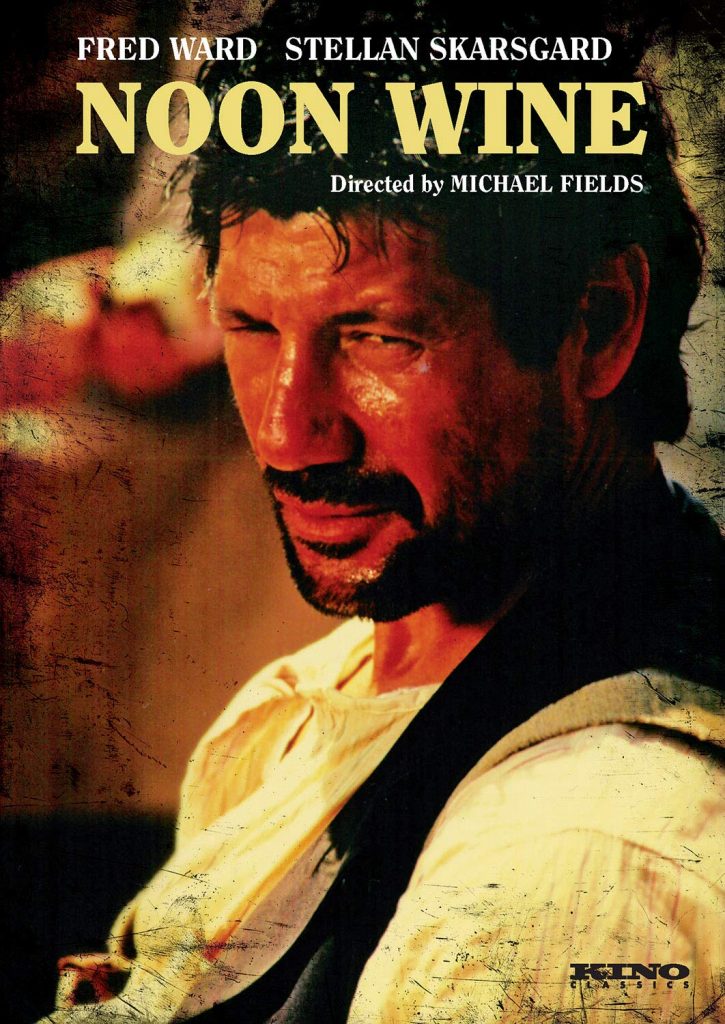