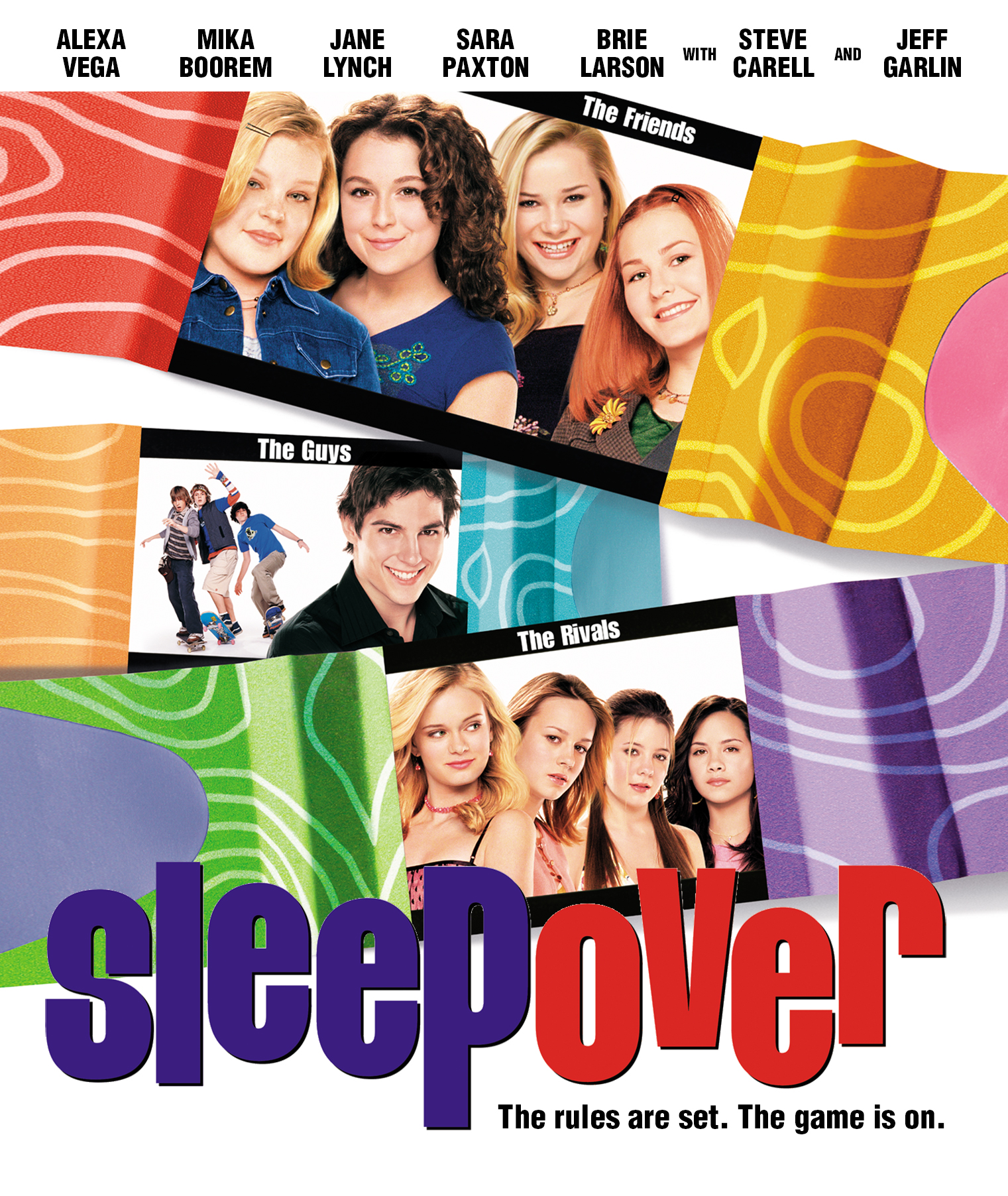 Sleepover has an excellent cast and is harmless fun but otherwise it’s unremarkable and not really worth your time.

Plot: Four best friends, desperate to improve their social status, enter into an all-night scavenger hunt against the popular clique in their school.

Review: On one of their last weekends before they become high schoolers, Julie (Alexa Vega), Hannah (Mika Boorem), and Yancy (Kallie Flynn Childress) decide to hold a final sleepover at Julie’s house. With Julie’s mom (Jane Lynch) out for the night, it seems like the perfect time to have fun, but when Julie’s popular rivals Staci (Sara Paxton) and Liz (Brie Larson) crash the party to dare the other girls to embark on a risky scavenger hunt that will take them into the city, the game is on! Julie and her pals run afoul of a creepy beat cop (Steve Carell) who pursues them on bogus charges at all costs, and they hit up a local nightclub and get into all sorts of misadventures while there. This sleepover turns out to be a once-in-a-lifetime adventure.

In the vein of Adventures in Babysitting and Midnight Madness but without the spark or charm, Sleepover was a good training ground for future stars like Brie Larson, Sara Paxton, Alexa Vega, and Steve Carell, but it’s just not that funny or inspired. It looked like it was fun to make, but sometimes the fun behind the scenes doesn’t quite translate to fun watching it. It’s pretty harmless fun, especially for girls, but maybe this is a sleepover party you should skip. From director Joe Nussbaum.

MVD Marquee has recently released Sleepover onto Blu-ray in a fully loaded edition. Tons of special features, including an audio commentary, making-of features, a gag reel, behind the scenes photos, and the trailer are included. If you grew up with this film, then this edition is tailor made for you.