High Octane Pictures sets skinless creatures on your cabin this May!

Gunned down in the snowy wilderness and desperate for shelter, Billy Cavanagh is taken in by kooky old lady Agnes, unaware that her isolated log cabin is being stalked by a bloodthirsty skinless creature hellbent on getting inside.

We spoke to Charlie ahead of the release later this month.

Your name is synonymous with genre movies, are you a fan of the genre? I suppose you’d have to be to make one, right?

I’m a huge horror movie fanatic and horror is what I’ve always wanted to make. I think the genre gets a bad reputation for being an easy access point for ultra low budget filmmakers, you can get away with horror that’s cheap and formulaic. However, my idols are masters of horror like Stephen King, and horror films can tell stories and drama in a way that is as powerful as any other genre. Story should be at the heart of every great horror movie, same for all genres. Stylistically too, there is so much fun to be had with the visuals of horror, the lighting, the production design and so on.

Is it easier to get horror movies made than other types of films?

Perhaps it’s easy to get a bad horror film made. You can get hired for a cheap knock-off of some studio horror movie that’s coming out, because horror has a hardcore built-in fanbase that’ll watch anything. In horror, what matters is how scary it is, so low production values don’t always matter, and it’s better to have a great monster than a famous actor, the monsters are the stars and monsters are cheaper to create than it is to hire Brad Pitt. But the way I’ve approached horror is to make them very stylized. I’ve shot in castles, snowy forests, old mansions, and I often build sets from scratch, for example, the entire cabin interior for Winterskin is a set. So there’s no shortcuts there. If I were making a drama or a comedy, there’d be no need for gothic castles and fog and crazy Giallo-inspired lighting design, which takes a lot of time, detail and planning. My films also aim to have a retro feel, so almost everything I’ve made has been slightly period, which makes the costumes and props more complex. So I couldn’t say I’ve picked the easy option. Horror also isn’t as easy to get funding for as it is for Science Fiction and Fantasy films, horror can be a hard sell as the marketplace is so crowded.

What appealed to you about this one, Winterskin?

I’d shot two horror films with multiple characters and fairly complex, long-winded plots, so I wanted to make something intense and streamlined; two characters, one location. I was drawn to the idea of a cabin in a snowy wilderness for many reasons, the visual appeal of it, the isolation of this remote cabin, the threat of a frozen wilderness all around. The film has a slightly western-inspired vibe in places, it’s been described as a low budget ‘Misery meets The Hateful Eight’ and I’m a huge fan of westerns and thought it’d be interesting to try that style and apply it to horror. And, lastly, all the blood and gore, the practical FX creatures, that was another element that really drew me into making this one.

Some of the cast and crew stayed in the log cabin that’s featured in the film, out in Lapland, Finland, and the cabin didn’t have a lock on the door, anyone could’ve walked in at any time, and it was very remote… So at night, that was actually quite scary. The plot of the film was partly inspired by a true life crime case, the Hinterkaifeck Murders, an unsolved mystery that truly gives me the chills, and that’s all that was in my head at night when sleeping in this cabin! But aside from that, shooting in the snow was extremely fun, and a beautiful environment to work in. 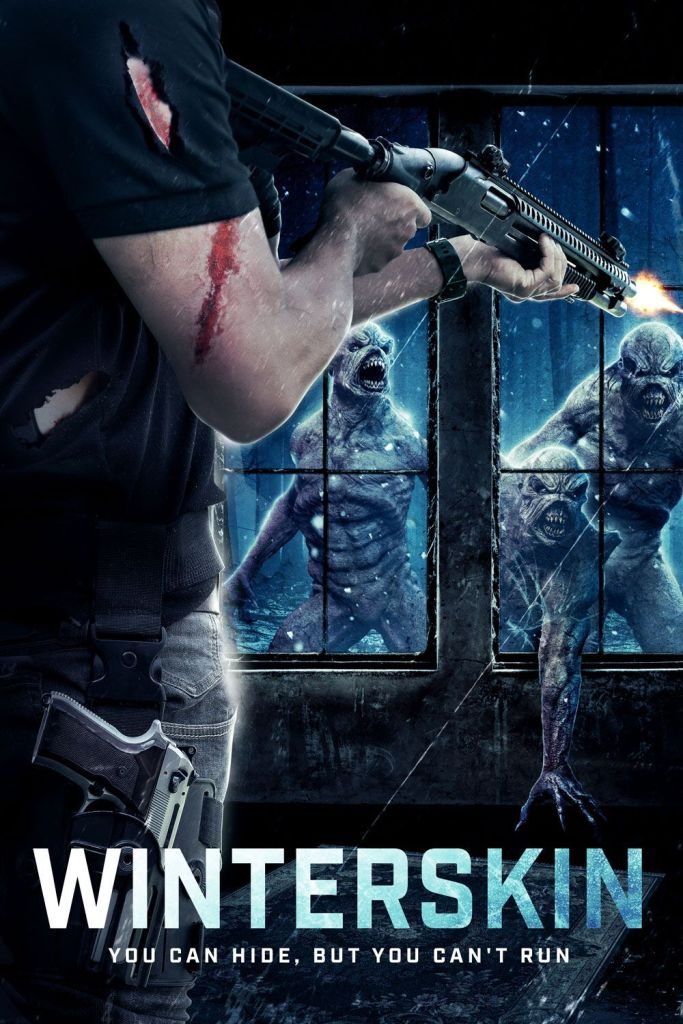 How did you come up with the look of the creature?

The creatures in the film are simply skinned people, and so my wonderful make up artist Kate Griffiths looked to horror films with great skinned people effects. The first two Hellraiser films are the best for this and those inspired the look of our skinned men.

Practical or CGI? In an ideal world, what do you prefer?

Practical 100%. I don’t mind CGI buildings and backgrounds in films, but even when I’m watching Hollywood blockbusters, I’m distracted and taken out of the film by the terrible CGI. It simply doesn’t work for me, it ruins films, and there’s rarely a need for it in horror.

I definitely didn’t write this film with the possibility of a sequel in mind. There are 10 characters in the film and 9 of them die horrible blood-soaked deaths, which doesn’t leave much room for another story. I do have another movie idea set in the snow, which could potentially make for a franchise… I’d love to do a sequel to something soon!