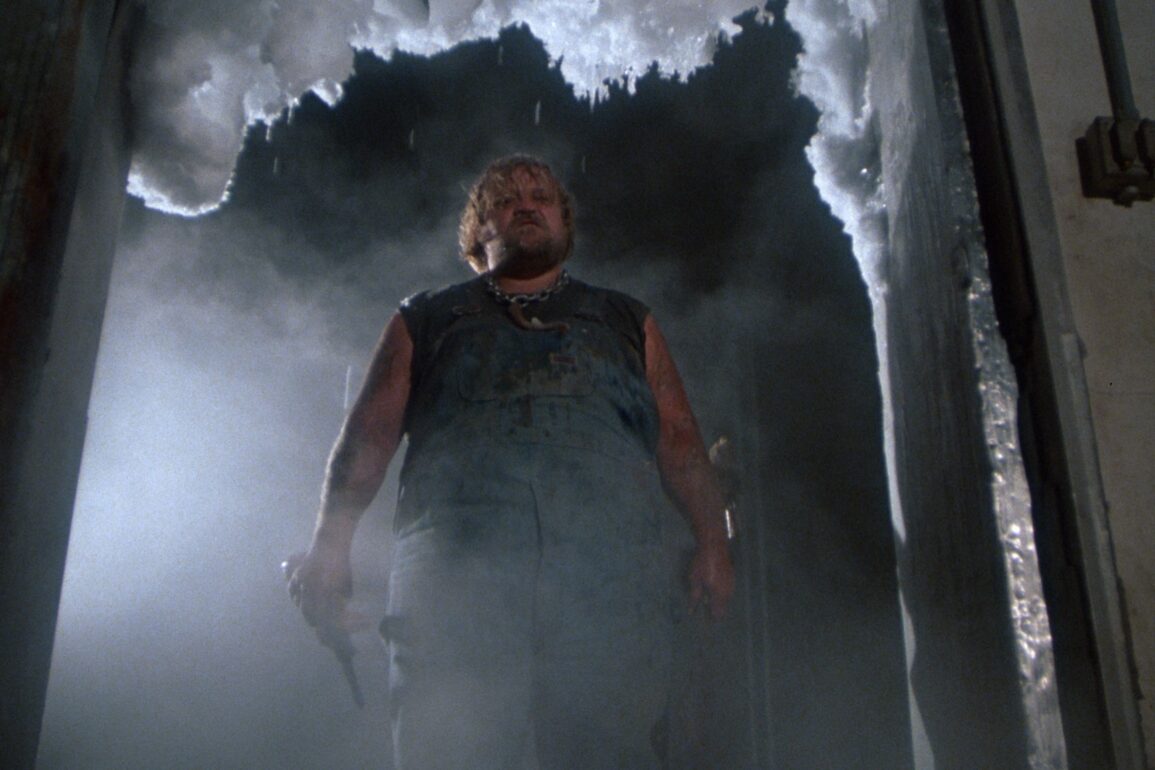 Plot: The owner of a slaughterhouse facing foreclosure instructs his obese and mentally disabled son to go on a killing spree against the people who want to buy his property.

Review: After a rival slaughterhouse and meat packing plant forces Lester Bacon’s slaughterhouse into foreclosure, angry old Lester and his obese and dim witted son Buddy (Joe B. Barton) take revenge on anyone and everyone who had something to do with the loss of their livelihood … not excepting the teenagers who venture into their abandoned slaughterhouse for some thrills. When a local deputy goes missing (he got turned into meatloaf after stepping into Buddy’s periphery), the town sheriff – who’s on Lester’s hit list – pokes around the meat packing plant, but not before realizing his daughter (played by Sherry Bendorf Leigh) and all her friends have become targets for the insane Bacons.

A charming and surprisingly fun ’80s slasher film, Slaughterhouse disarmed me with its goofy sense of humor and nifty synth soundtrack that contained some original tunes. Shot in San Diego at the tail end of the ’80s slasher boom, it doesn’t aim for very high, but it entertains especially for fans of the genre. All of the kills come from the bulky hulk killer Buddy, who never says a word, but actor Barton who plays him seems to be having a fun time with his role. The gore is plentiful (if ridiculous), and a few of the on-screen kills made me raise my eyebrows. Buddy is a one-and-done chop killer with his massive meat cleaver. From one-time director Rick Roessler.

Vinegar Syndrome’s newly released two-disc (a DVD and Blu-ray combo) edition of Slaughterhouse really shines, especially considering this film has been a fairly obscure title until now. Newly scanned and restored in 2K, the transfer looks clean and crisp, and tons of bonus material (a trove of treats), including an audio commentary, on-camera interviews, archival material, and so much more, round out this fun release.