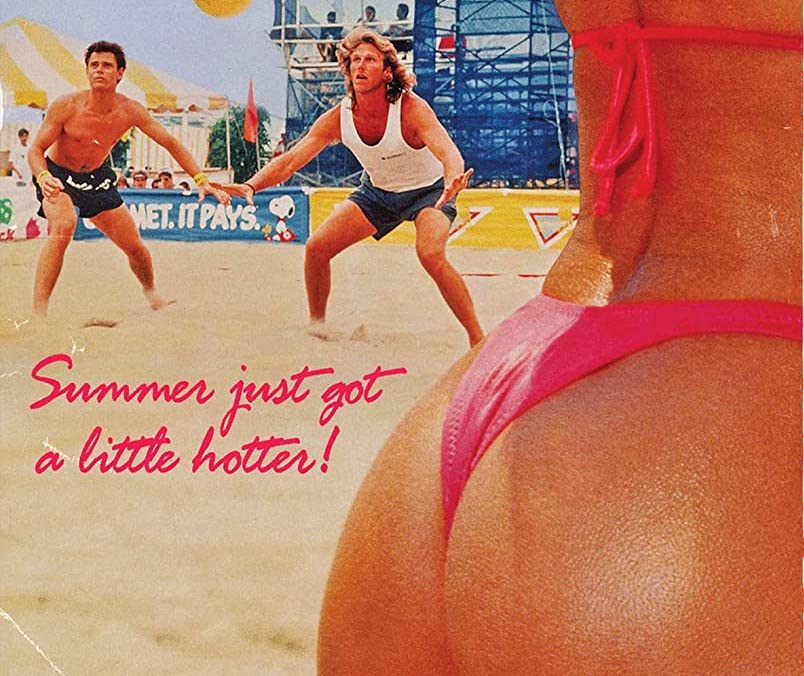 Distributed by Tri-Star in 1990, Side Out would never ever get a major studio theatrical release again in our jaded times, which makes me appreciate it all the more, despite being a very simple movie without an ounce of sophistication.

A young law student gets sucked into the competitive world of volleyball.

An earnest law student from Milwaukie comes to Los Angeles to live with his wealthy real estate law mogul uncle and is handed a plum job from which he can climb higher and higher. The law student is Monroe Clark (C. Thomas Howell) and his uncle (played by Terry Kiser) gives him fieldwork, handing out eviction notices to squatting tenants who haven’t paid their rent. When he hands an eviction notice to beach bum Zack Barnes (Peter Horton), his life takes an unexpected turn when he finds Barnes to be both a nemesis and a friend – Barnes is clever enough to skirt his financial woes, while also offering to coach Monroe in volleyball. There’s a big championship coming up with a 100K prize, and Monroe – who becomes enamored with beach life and one beach girl in particular (played by cute Courtney Thorne-Smith) – seems eager to up his volleyball game. When Monroe decides to chuck his sweet job down the drain by helping to become Barnes’ advocate, he goes all in on the volleyball championship, but he has to convince Barnes to commit to winning, and if Barnes has one problem above all of his other hang-ups, it’s willing to commit to win.

Distributed by Tri-Star in 1990, Side Out would never ever get a major studio theatrical release again in our jaded times, which makes me appreciate it all the more, despite being a very simple movie without an ounce of sophistication. Jam-packed with ’80s hits and filled with beach scenes with tons of girls in bikinis throughout its running time, this is a movie to simply relax to. The plot is as basic as they come, and as soon as the tournament is over, the movie ends. It’s almost laughable how innocent movies like this were, but that’s all the reason you need to enjoy it today. Director Peter Israelson came from music videos and never made another feature film.

Mill Creek is about to release Side Out onto Blu-ray, and while it’s a decent upgrade from the Sony DVD (which was also widescreen), the transfer is still a little vague and not sharp enough to heap praise on. There are no special features on the disc, but Mill Creek has packaged the film in their retro VHS-style slipcover. 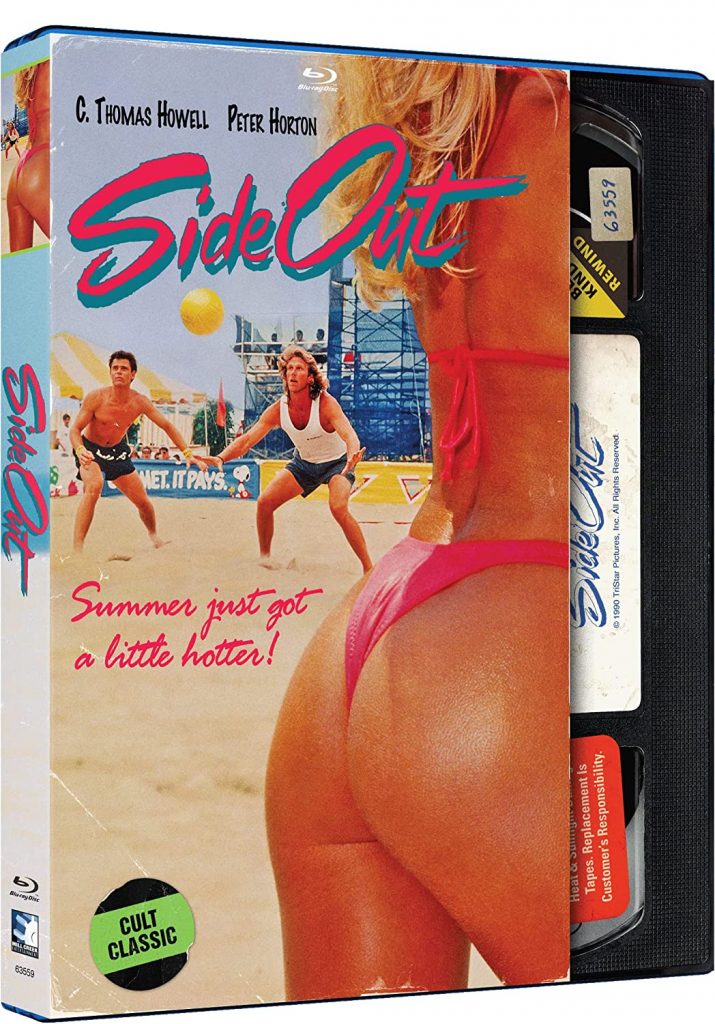