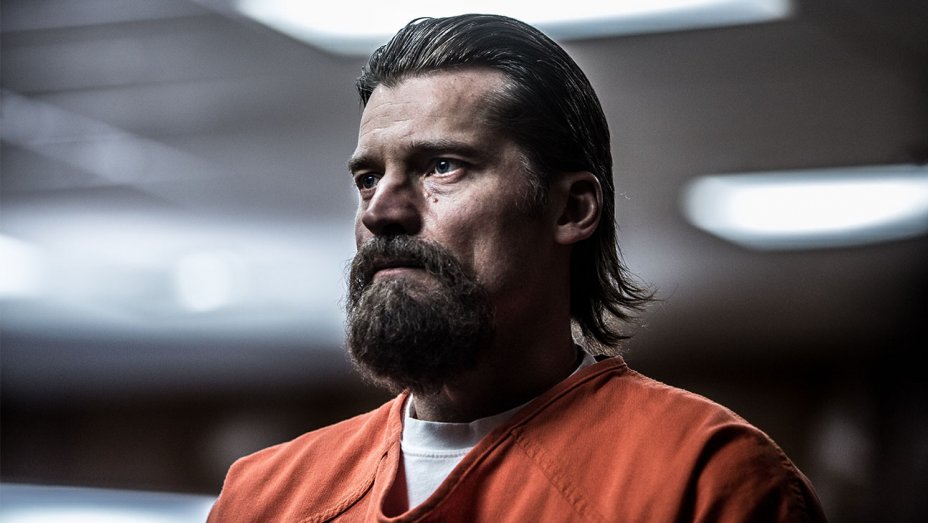 An incredibly strong film with good performances and a well-informed script.

Plot: A newly released prison gangster is forced by the leaders of his gang to orchestrate a major crime with a brutal rival gang on the streets of Southern California.

Review: Sent to prison after a drunk driving incident that kills his friend, family man Jacob Harlon (Nikolaj Coster-Waldau) hasn’t a prayer in the penal system. In short order, Jacob is remade in prison as “Money,” a yard gangster and a ruthless enforcer for Bottles (Jeffrey Donovan), the prisoner with the “keys” to the prison. Validated by the white supremacists that control the cellblock, Money’s reputation grows stronger, and when he kills a man on camera during a prison riot, more years are added to his already harsh sentence. His heart turns cold and calculated, and knowing he’ll never return to his old life, Money is sent to a super max prison with the hardest of the hard, and it is there where he meets his immediate superior in the chain of command … “The Beast” (Holt McCallany). Just before Money is paroled after 10 years, The Beast orders him to pull off an arms deal on the outside or he’ll have his family murdered, and so as soon as he’s released Money plans the deal and executes it, but with an ulterior motive that will define the rest of his life.

A surprisingly honest and down to earth prison drama that has plenty of surprises in store for the viewer, Shot Caller is a sometimes chilling film about how prison changes a man. As the tagline on the video box declares, “Some criminals are made in prison,” this movie feels authentic and dedicated to its subject. Writer / director Ric Roman Waugh also did the films Felon and Snitch, so he’s right at home with these types of characters. The performances are strong, and the story is gripping, but be prepared for an emotional ringer.

Lionsgate recently released a Blu-ray / digital HD combo pack, and it’s affordably priced to own. Also included on the disc is a commentary by the director and a “making of” feature.