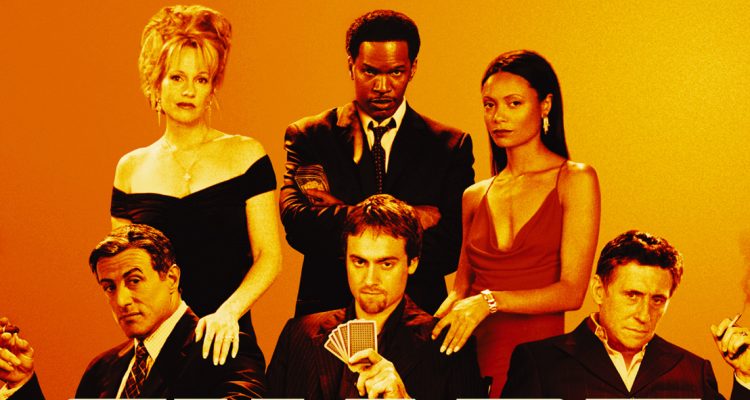 This could have been a real sleeper hit of a movie in the vein of a David Mamet picture like House of Games, but it ends up feeling like a direct-to-video picture instead.

A group of hustlers encounter “The Dean” and pull off a successful sting that results in their pursuit by a vengeful gangster.

Two bit con man Miller (Gabriel Byrne) and his crew – Tiffany (Thandie Newton) and Vernon (Stuart Townsend) – stage an elaborate sting on a hapless gambler (Jamie Foxx) who loses over 80 grand in a poker game, but when they all find out that their mark was connected to the mob and used mob money in the game, they realize that they’re in very big trouble. They stake everything they have on Vernon in a high stakes poker game where a legend of the game named The Dean (Sylvester Stallone) is going to play, but if they lose, they’re all going to owe the mob dearly for years.

A simplistic switcheroo con game style movie with a big name cast, Shade quietly got dumped to a single theater in Los Angeles in 2004 (I know because I saw it theatrically), further disintegrating Stallone’s box office appeal in the first few years of the new millennium. The quality of the film borders on crummy, but appealing performances help push it towards a strange place where the movie really should be seen by fans of its cast, particularly Stallone’s. Writer / director Damian Neiman is / was a sleight of hand artist, and so you get the sense that he knows the ins and outs of the magic / illusion world, but his script for the film is foul and trite and tries to be too cool for its own good. I was flabbergasted then and still am at how he was able to attract a cast this good to be in his first (and only) movie. This could have been a real sleeper hit of a movie in the vein of a David Mamet picture like House of Games, but it ends up feeling like a direct-to-video picture instead. Whoever did Stallone’s make-up and did the lighting should have been fired on day one.

The recently released blu ray for Shade from MVD Marquee Collection ports over the Warner Brothers DVD release special features, including an audio commentary, a making-of feature, interviews, and more. The high definition transfer for the film is clear and sharp. If you’ve never seen this film, this is the right place to catch it. 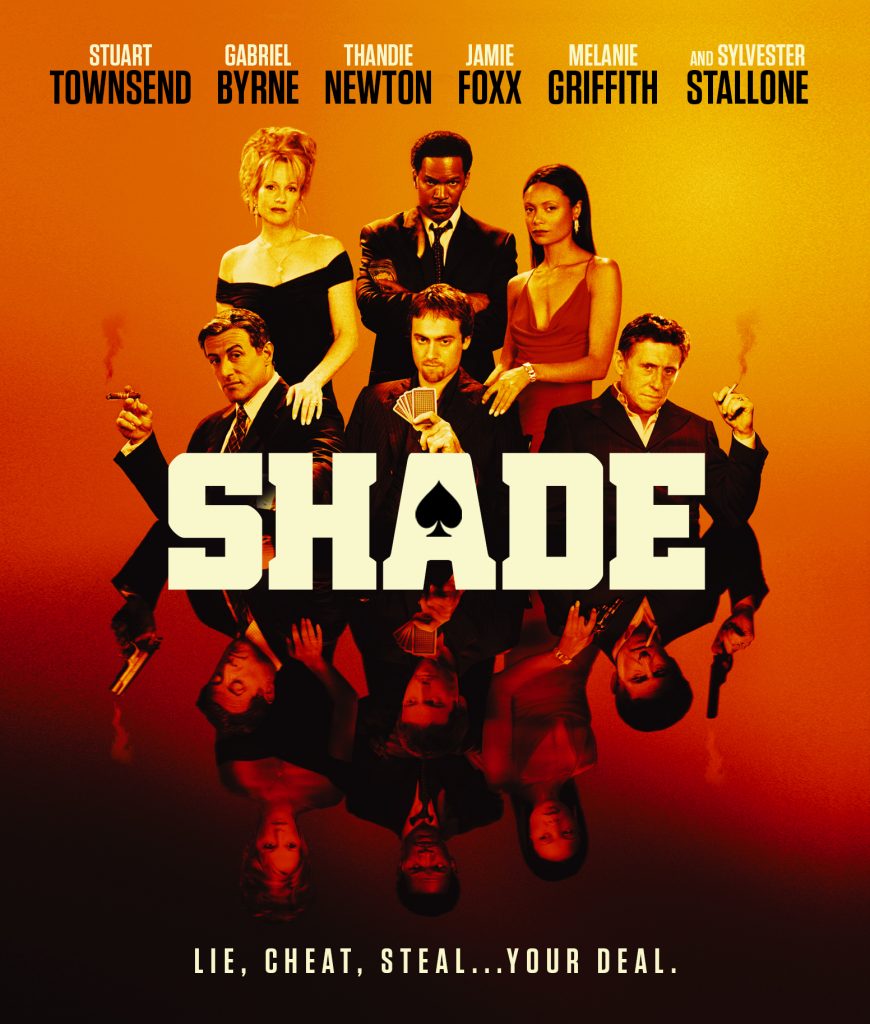