If you’re in the right mood for this stuff, it can be pretty fun.

A powerful hero rises up to fight the Mongol hordes, which threaten all of China.

Treachery and cunning puts a Mongolian warlord named Garek (Leonardo Severini) on the throne of a powerful Chinese empire, and he rules with tyranny for more than 10 years, forcing slavery and injustice upon the land. A ragtag force of freedom fighters forms in the wastelands of Mongolia as the Mongol hordes continue to amass slaves, and seemingly from out of nowhere arises an extremely strong man with almost superhuman powers, a shirtless warrior named Maciste (Gordon Scott) who can uproot and push down fully grown trees with very little effort. The freedom fighters are desperate to make Maciste their leader and tip of their proverbial spear, and when he finally reveals himself to Garek during a public display of his depravity (he’s going to behead a bunch of innocent people with a new killing contraption), Maciste makes a huge show of his prowess in front of everyone, which enrages the Khan and turns Maciste into a big hero. This sets the stage for more adventures where Garek’s rage is directed at the peons of the empire, but lucky for them Maciste is there to save the people and ensure that the imperiled princess Lei-Ling (Yoko Tani) gets to reclaim her throne.

More or less what you’d expect out of a movie called Samson and the 7 Miracles of the World, this film is basically the template of lots of Conan / Hercules-styled adventure epics with a massively overpowered hero against endless bad guys. He picks guys up by their feet and swings them around like sacks of potatoes, and he’s basically impervious to pain and suffering. At the end, he causes a massive earthquake by pushing against the earth. If you’re in the right mood for this stuff, it can be pretty fun. From director Riccardo Freda.

Kino Lorber recently released Samson and the 7 Miracles of the World onto Blu-ray, and contains two versions of the film: a 98-minute international version, as well as a 76-minute U.S.A. cut. There’s a new commentary by Tim Lucas and trailers. 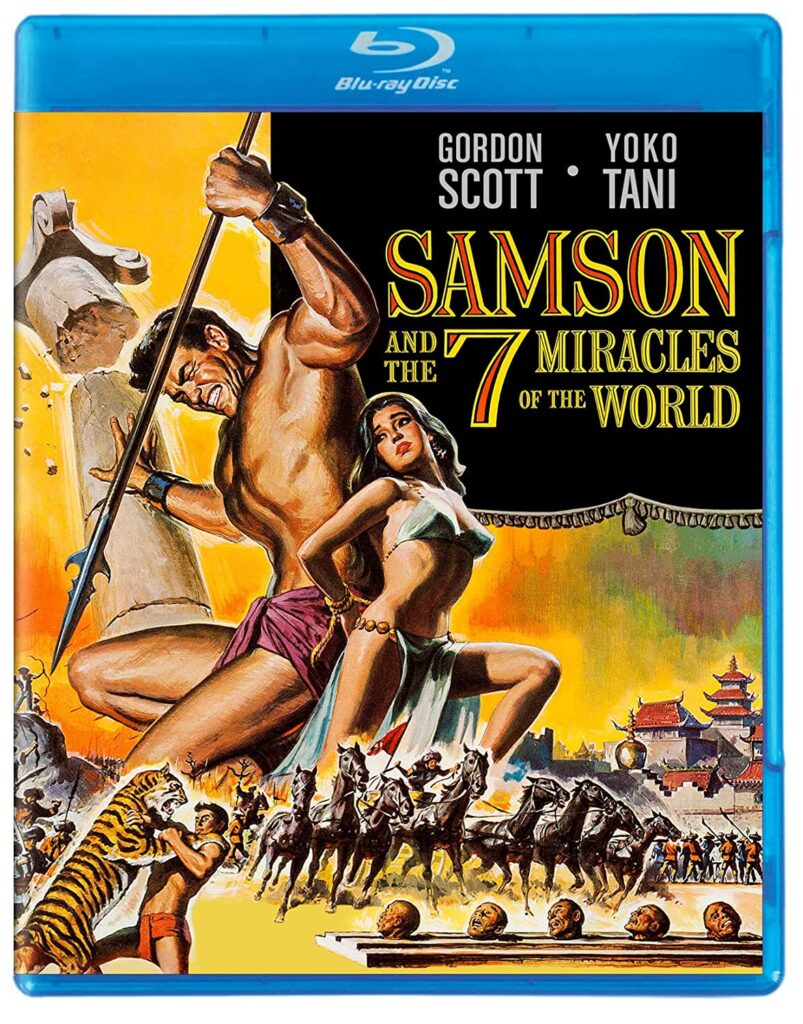