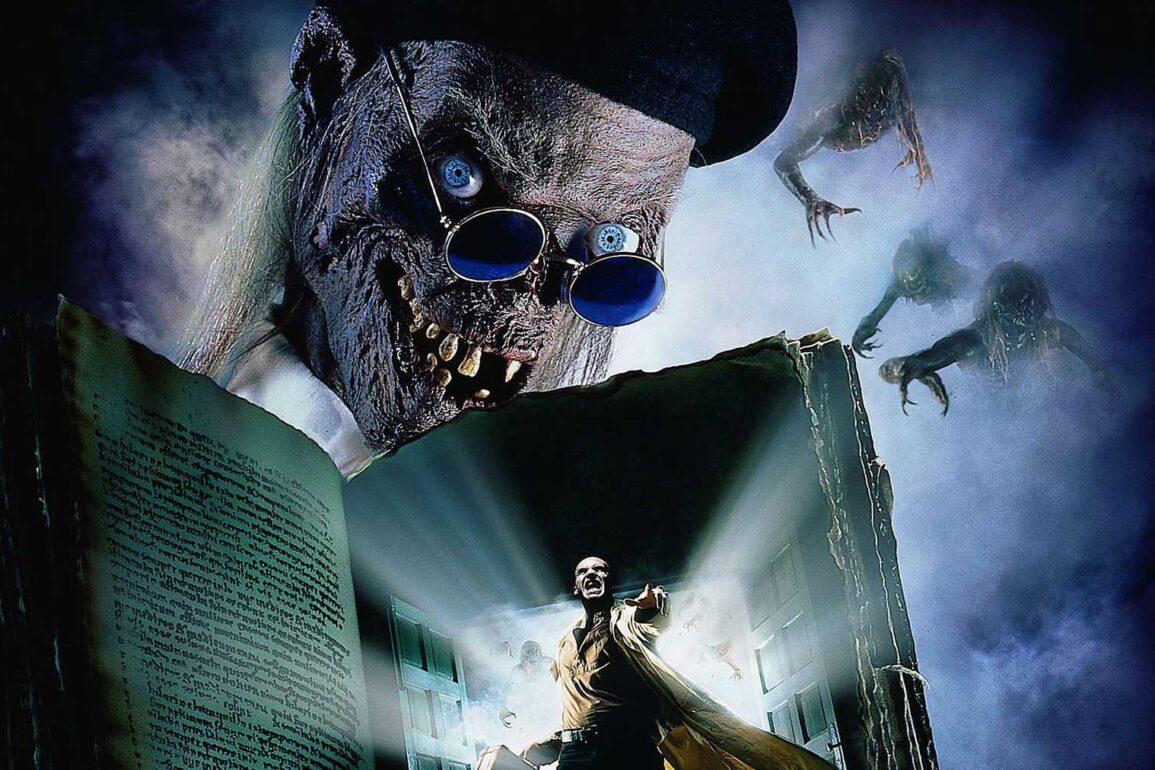 Plot: Brayker is a man who carries the last of seven keys, special containers which held the blood of Christ and were scattered across the universe to prevent the forces of evil from taking over. If The Collector gets the last key, the universe will fall into Chaos, and he has been tracking Brayker all the way to a small inn in a nowhere town. And now the final battle for the universe begins…

I’ve always enjoyed the Tales from the Crypt show, in particular The Crypt Keeper himself who always memorable with some great one liners, so I figured I’d revisit one of the two films that were spawned from the show and see if it manages to hold up at all.

Well, not only does it hold up, but to me Demon Knight was easily one of the best horror films from the 90’s right up there with Scream, The Frighteners, and Wes Craven’s New Nightmare.

The cast are are all terrific with the standouts being Jada Pinkett, William Sadler, and especially Billy Zane who clearly had a lot of fun with this role and it shows.

The story is very creative and unique; it’s interesting to find out that this wasn’t originally for a Tales from the Crypt movie, but it definitely works as one!

The makeup effects are great; the designs of the demons aren’t your usual generic design that you see in other horror films.

It’s very well directed by Ernest Dickerson who manages to find the right tone between the comedy and drama, which certain directors nowadays have problems with; his style compliments the film without being too over the top.

Overall, Demon Knight is a must see not only as a fan of the show, but also as a horror fan in general; it has a solid cast, is well directed, has a fantastic sense of humor that is not forced and is used when it’s necessary. It moves at a good pace, has great makeup effects, and has an interesting story. I definitely recommend you watch this when you get a chance, you won’t regret it!