The casting is good, but the script is weak, and for an introduction to a proposed new franchise, this movie is merely adequate and disappointing on the whole.

Raccoon City has been evacuated after a chemical outbreak, and malevolent creatures and infected people converge on the last few survivors in town.

The Umbrella Corporation’s underground research center for infectious diseases and experiments becomes unstable, and Raccoon City – the town built on top of the facility – becomes host to an infected water supply. Most of the inhabitants in the town evacuate before things get bad, and the last remaining people in the town are either those who have succumbed to the infection or the members of the fledgling police department, which has dwindled down to just a handful of dedicated cops, including Chris Redfield (Robbie Amell), Jill Valentine (Hannah John-Kamen), Albert Wesker (Tom Hopper), rookie Leon Kennedy (Avan Jogia), and Chief Irons (Donal Logue). Chris’s kid sister Claire (Kaya Scodelario) shows up unexpectedly just before chaos builds around Raccoon City, and she joins the team as they piece together a mystery and the origins behind a creepy orphanage in town, which is somehow linked to the sinister narrative behind the Umbrella Corporation’s diabolical experiments.

A more faithful adaptation of the Capcom videogames than the previous six live-action Resident Evil movies, Welcome to Raccoon City is “smaller” in scope and it is much more contained as a story than the previous franchise. It is not overtly apocalyptic, but reigns in its contagion themes, and it keeps its character close together, sometimes shoulder-to-shoulder just as the games do. That said, its positives are offset by a needlessly profane script that becomes distracting, and it’s surprisingly not very scary or creepy, which is odd considering this was directed by Johannes Roberts, who has built for himself a tidy roster of some pretty scary and creepy films. The casting is good, but the script is weak, and for an introduction to a proposed new franchise, this movie is merely adequate and disappointing on the whole. If they do another one (which seems unlikely since this was a flop), I’d hope for a bit more scope and more imaginative scripting that expands its vocabulary.

Sony will be releasing Resident Evil: Welcome to Raccoon City onto Blu-ray, DVD, and 4K ultra HD on February 8th. Special features on the disc include “Replicating the DNA,” “Cops, Corpses, and Chaos,” “Zombies, Lickers, and the Horrors of Resident Evil.” A digital code is also included with the Blu-ray. 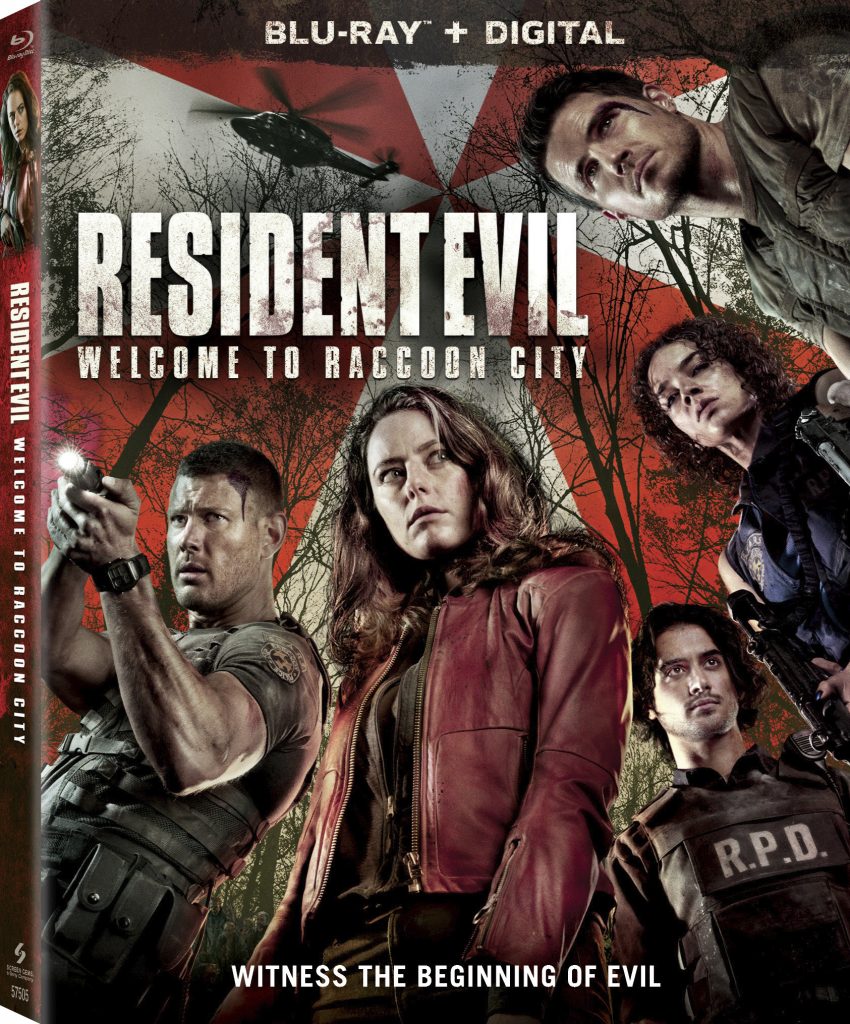