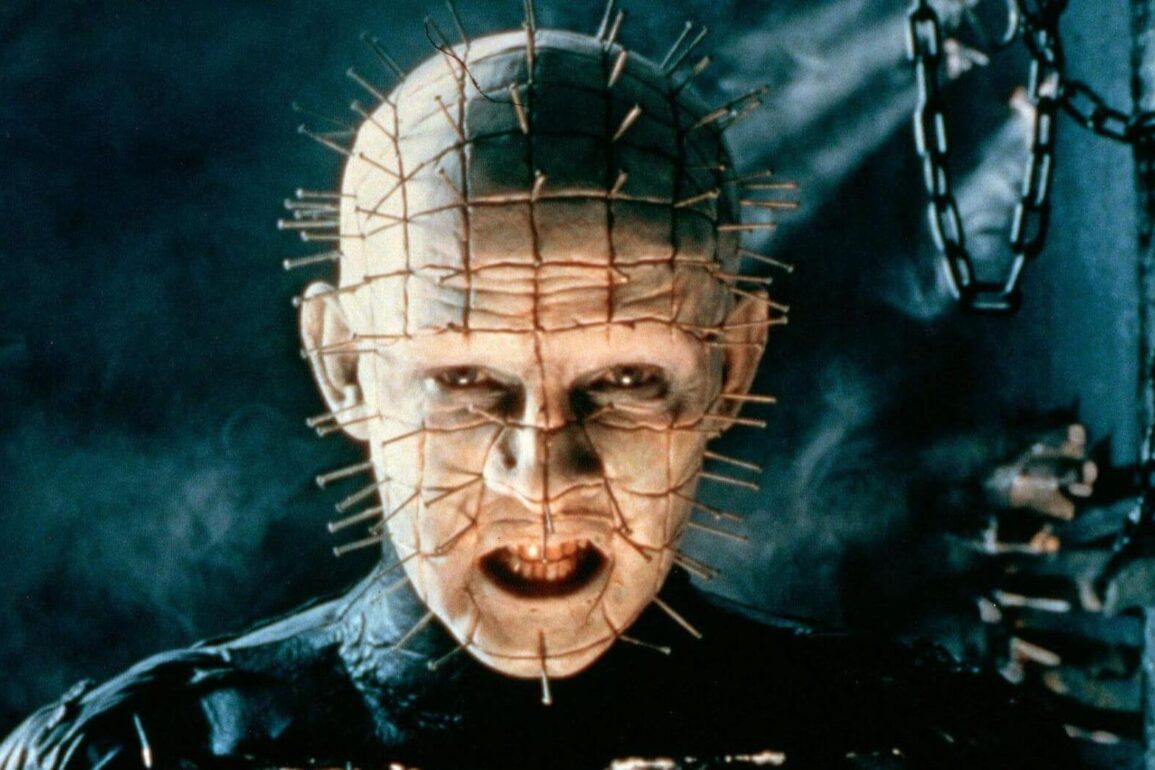 I’ve always found the Hellraiser franchise to be a little under-appreciated and it doesn’t get talked about the same way as Halloween or Nightmare on Elm Street. Pinhead (played by Doug Bradley) was a fantastic character for the first two films especially as he had his own character arc where he ultimately found redemption. I remember many years ago I met Clive Barker and talked to him briefly at a book signing and said that the first two were my favourite and he agreed. Since then we have had multiple sequels of varying quality as well as a “requel” (is that a word?) which was out earlier this year.

So, today I thought I’d rank my personal favourites of the Hellraiser franchise.

This was the first sequel to not feature Doug Bradley as Pinhead and although I don’t hate it as much as everyone else I definitely consider it the weakest in the franchise. The story wasn’t that interesting and the characters failed to make any impact and having someone else take over the role of Pinhead was jarring at first. It bothered me less with Judgement and the new movie as I think I had made peace it by then. There are some nice effects even if the low budget is apparent.

I may get a lot of abuse for this one as it does feature the return of Kirsty (Ashley Laurence) but even she couldn’t save this tedious and uninspired story. I hate movies where practically everything that happens is imagined, a dream or a hallucination. This movie is made up of so many of those kinds of scenes that they have no impact and it’s the only entry that actually makes me angry so, it’s not one I watch often.

This entry is only worth watching for cast which includes Henry Cavill, Lance Henriksen and Katheryn Winnick but otherwise it really doesn’t feel like a Hellraiser movie with Pinhead and the Cenobites only showing up as hallucinations (again) but they do finally appear for real at the end.

This one I don’t mind as it has Kari Wuhrer in the lead role and does something a little different where she plays a reporter investigating an underground group that can resurrect the dead, much to Pinhead’s dismay. There are some cool ideas here and once again some decent gore.

This was the last entry before the reboot/remake/whatever you want to call it and for those complaining about a female Pinhead, it actually works as by the end of this movie Pinhead is made human and sent back to Earth as a mere mortal so, it actually makes sense to have a new Pinhead.

I like the story of this one but Pinhead is barely in it and I believe when this started out it wasn’t even meant to be a Hellraiser movie and it feels like it as the Cenobites do feel a little tacked on. Still, I do like Craig Sheffer and it is a good morality play which is what this franchise is meant to be.

It’s never a good sign when the director of a movie is Alan Smithee but despite being butchered by the studio Bloodlines is still a fun entry and if your franchise doesn’t end up in space is it even a franchise?

The newest entry in the franchise has a whole new cast and the aforementioned female Pinhead and is the best entry we’ve had for a few years. The main characters however, are dull where I didn’t like or hate them so I never care who lived or died. I also think it’s too dark at times so I struggled to see what’s going on. There are still plenty of gruesome moments and enough weirdness to make it worthwhile but why is there no nudity? That is a staple that needs to come back to the horror genre.

Although a step down from the first two Hellraiser movies I’ve always enjoyed it for the ridiculous fun that it is. Having Pinhead going all out to spread Hell on Earth (thus the title) it looks like Doug Bradly is having a blast. We also have Cenobites who throw CD’s and more craziness. The highlight is the scene where an entire club full of people are massacred and we mostly just hear the sounds of screams and chains ripping through flesh.

OK I’m cheating here as I’m doing the top 2 as a tie. I consider them one complete story as it is the beginning and end of Frank and Julia’s story. I arguably prefer Hellbound mostly for Christopher Young’s incredible score which literally sounds like Hell in musical form. Both movies are classic and if you only see two Hellraiser movies then make it these ones.