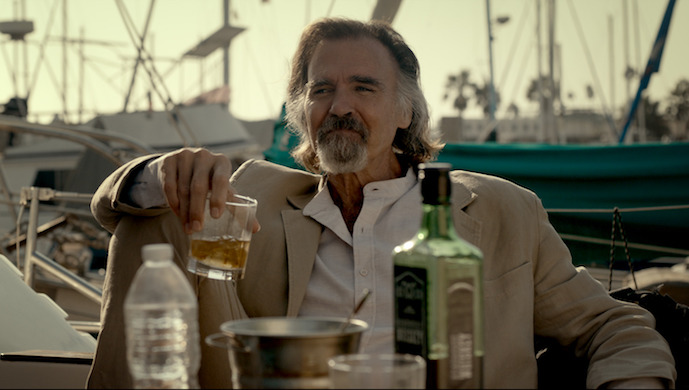 Incredibly busy as a character actor these days, Jeff Fahey cut his teeth as a leading man in dozens of solid under-the-radar studio and independent features such as Psycho III (1986), The Serpent of Death (1989), Wrangler (1989), and the now-cult classic Body Parts (1991). His work as a stalwart supporting player with walk-on roles in smaller, but noteworthy pictures like this December’s Black Warrant continues, and here he discusses his work on the film with his co-star Tom Berrenger, with whom he has shared the screen a number of previous times before. 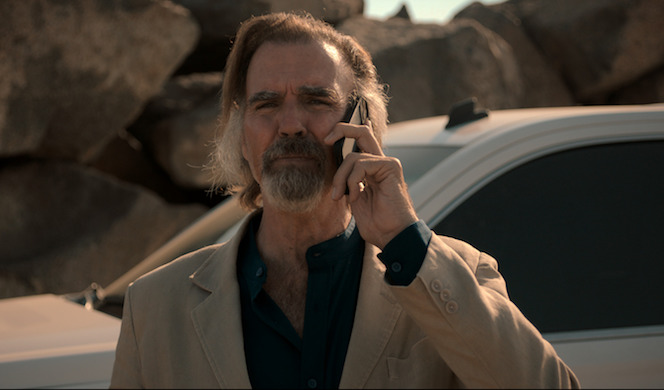 I watched your latest film Black Warrant, and this is another of your walk-on character roles, but this time you share some screen time with Tom Berrenger again. It seems to me that the appeal for you doing a movie like this is to work with Berrenger. This is your fourth or fifth picture together.

Yes, you’re exactly right, David. The reason to do it is to work with Tom again, and to work with Elias Axume, the producer. They asked me to give it a read and that my scenes would be with Tom. I said, “I’ll read it, but I can tell you right now that I’m in right now.” It was a blast, as you can see. The chemistry was there.

This is one of those movies where you’re the guy giving the mission. Those kinds of movies are fun. You’ve been on the opposite side of the mission; I mean you were in an Operation Delta Force movie for goodness sake. Say something about that in terms of where you’re at now.

Well, I’ll tell you: There’s more dialogue and less sore knees at the end of the day. Less action! (Laughing.) It’s a lot easier, physically. But it’s sometimes a lot more fun to just doing a couple scenes that have some meat in ’em, some dialogue in there. But I still miss the running around. Now I’m just walking around and rather than jumping over the car, I get to walk around the car! I still enjoy all aspects of it, whether I’m delivering the information and supplying the mission, or be part of the mission itself. It’s fun, and going back to your original statement – just being able to work with Tom, it’s not work at all. We just get together and tell a story and they put it on film and we carry on.

Now that you’ve done four or five films with him, is there anything you’d like to share about working with him? What’s the spark? What’s the magic between the two of you?

Well, it’s like two old storytellers, and I don’t mean to put an age on ourselves, it’s just the sheer amount of time that we’ve been doing what we’ve been doing. Then, getting in there and working through the dialogue. A lot of times you have wonderful dialogue and you just say the words and put a little jazz in there. But there are times when dialogue needs some work. Sometimes you get in the environment and things have to change a little bit. At the filming location sometimes the dialogue has to change in the moment to what you have with time restraints, you lose the light and you have to condense something. What I’m getting at, if something like that comes up, it’s a challenge. Especially in the independent world on smaller budgets. You’re not going to be able to go back to the location. When you’re working with someone like Tom, the two of us, we just rock and roll with it, with the writing. We can change something and apply it and dump it right there. Things like that in the creative arena, it’s so much easier, not to say that it’s always difficult, but when you’re working with a seasoned veteran who can move and groove, it’s always not only fun, but much easier.

I wanted to bring up an early movie for you: Psycho III. You got to work with Anthony Perkins on an iconic franchise for Universal at a very early stage in your career. Say something about working on that one.

Well, first of all, that was literally about a month after we finished Silverado. The first thing was that I was way down the totem pole, if you will, of the roster of all these wonderful people involved. You’ve just got to kind of shake the horse to keep up with everyone. To roll with the environment. Then, a couple months after that I’m one of the three main actors of the piece, now you’re riding up front, you’re not chasing. You’re in the driver’s seat with Diana Scarwid and with Anthony, with Tony. So, it was a baptism by fire, but it was great. It was wonderful to be in the front seat and to be carrying the story and to be learning at the same time. It was a good environment with good people at Universal in the back lot. Also working on a sequel to one of these legendary films, if you will. All kinds of little things. Being at the motel, which was a complete reconstruction of the original, and having the house on the hill. It was fascinating being inside of a movie that you grew up with, and now here you are. I haven’t thought about this in years. It was quite an experience.

I’m going to bring up a pretty obscure movie you did called The Serpent of Death. This was one of your early leading roles, and it sort of carried on the tradition of Indiana Jones, that type of thing. It’s a great looking movie. What do you remember about working on that one?

That was fascinating because we filmed part of it in Greece. Then, the majority we filmed in Egypt. So that was fascinating, and it was exciting to be inside this movie. They combined two novels as an adaptation on that. I’m trying to recall who the writer was. It was a big, big project with a lot of moving parts. Different locations every day, all around Egypt. It was fascinating. We filmed out by the pyramids over near Cleopatra’s Pool. They were real locations along the Nile. You’re bringing back a lot of old ones, David. I’m having flashbacks! These were great adventures.

I also wanted to bring up Body Parts, the Eric Red picture. This was a leading role in a studio picture, and while it wasn’t a hit, it certainly moved you in the right direction. Since then, the film has become a cult classic.

Well, yeah, it did. It was a big role for Paramount. I’m sure you’re aware that it took a big hit because of what was happening in the real world.

Yes, that. The whole publicity strategy had to change. I think they delayed the release by some time, but that is part of a studio’s choices, which has nothing to do with me. It was my first exposure to where you’re aware and part of things that have nothing do to with the creative process. That’s the business side. People will say, “Well, the movie could have had a better release …” I don’t dive into that jazz, but it was my first exposure to something like that. Also, knowing that in your early career you can be a part of these big studio movies, but you never know what can happen. They can take a dive for a thousand different reasons, or they can take off like a rocket for unknown reasons. What I did learn in that early stage is to dig into the work, dig the ride, and don’t worry about the outcome in the commercial or financial side, just keep getting better at what you do. Give it a thousand percent and move on to the next one.

Well, that’s how I feel about your whole career. It doesn’t matter what genre you’re in or how big your part is, I just love watching you and you make every movie better by being in it.

You did a movie called Temptation with David Keith and Allison Doody that I wanted to mention. This is a sold movie amongst many solid under-the-radar movies you’ve done over the years.

Oh, yes! Okay, let’s see. Miami, South Beach. That was directed by Strathford Hamilton, yeah. Gosh, I haven’t seen him in years. What I really enjoyed about it was that it was a real ride. Working with David was great. He’s very underrated. He’s also had a wonderful career. We were old friends at that point. That movie had some familiar faces and there was an easy creative process on that one. Allison was wonderful. I haven’t seen her in years, but I remember making it down in Miami. A lot of action. Boats and explosions. It’s another good movie.

You did a movie in Australia called Wrangler, which was a western that not a lot of people have seen or heard about, but it’s worth mentioning.

That was the second western I did. But I do remember that movie because we trained with the Australian wranglers. If you remember the movie, the whole gist of the film was getting all those horses over the mountains into the port by a certain time. What was fascinating was working with the wranglers because we were actually taught to run 100, 150 horses down the valley, and it was quite an experience. That really took my riding to another place. I do remember the story. It was a difficult time in history, it was during the World War when the Brits were buying horses around the world; they needed to purchase for the war. You’ve done this before, David: Whenever you bring up one of these movies you take me to a place that I haven’t thought about in years. It’s my pleasure, I dig it.

Is there anything else you want to say about Black Warrant and to anyone who wants to watch this film?

Well, yeah. It’s a fun ride. It’s an interesting, intriguing thriller with an international concept. I think they might want to see it because there might be a sequel to this. I don’t know, but if it does well they might go forward with it. I’d like to see that happen.

There you go! It’s always a pleasure to talk with you, David. 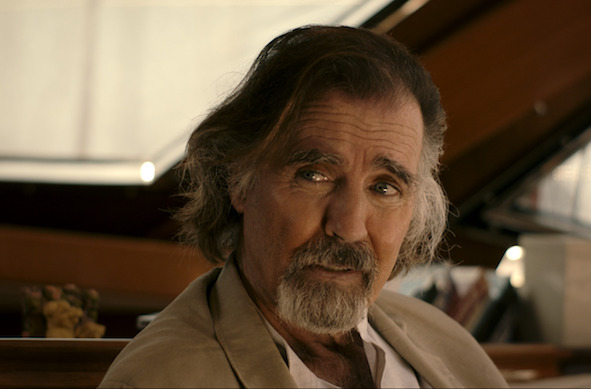 Black Warrant is currently in theaters and on VOD.