John Rambo and his fans deserved better than this.

Plot: Vietnam Vet John Rambo’s retirement from war and killing is interrupted when someone he holds dear is taken by a Mexican cartel.

Review: After having come full circle in 2008’s Rambo, war-weary Vietnam vet John Rambo (Sylvester Stallone dusting off his fatigues for possibly his final ride as Rambo) is trying to cope with PTSD and regret on his ranch in Arizona, while also doing his best as a father figure to a surrogate daughter named Gabrielle (Yvette Monreal), who despite having been raised by John for the last decade disregards his good advice to stay away from Mexico on a fool’s errand. She goes, gets herself snatched by a cartel for the human sex trade, and not wasting a single second, John jams it to the border where he shockingly gets himself in over his head in a very ill prepared approach. He’s beaten to within an inch of his life, scarred, and left for dead. He’s rescued by a journalist, who nurses him back to health over a two-week period, and by then his poor Gabrielle has been savagely used and become hopelessly addicted to heroin, so by the time John gets to her, she’s beyond saving. In all his rage, John picks a fight with the cartel and hightails it back to his ranch, where he prepares for his final assault on those who would finish him off. But they obviously have no idea who they’ve angered or what the unholy hell he’ll do to them once they catch up to him.

Stallone’s fourth Rambo was the correct place to end the franchise; it gave the character perfect closure, and there was no need to dredge him up again. That said, Stallone and Millennium decided to do a quick cash grab with the hastily plotted and sequenced Rambo: Last Blood, which has none of the finesse or cinematic exhilaration of the previous four entries. The story never feels quite right, although John’s character still feels like the same guy; it’s just that they’ve put him in the middle of a crummy revenge thriller rather than in the center of an adventure. There is no rescue, there is no payoff: There is only savage cruelty and the retribution for said cruelty. It’s too bad because John Rambo and his fans deserved better than this. Directed without distinction by Adrian Grunberg, who made the better movie Get the Gringo.

Lionsgate’s Blu-ray / DVD / digital release of Rambo: Last Blood has to be one of the most disappointing releases in modern memory. As you might be aware, this film was released abroad in various countries with scenes that were not included in the domestic version, and you would have thought that Lionsgate would’ve inserted those scenes (such as the entire prologue that was cut out for some stupid reason) back into the film in a “director’s cut” or “unrated version,” but there’s not even a deleted scenes section in the special features. This is absurd. What this tells me is that they’re waiting to release another edition of the movie later on down the line to bilk consumers for more cash, but in this day and age when hardcopy media sales are dwindling, this approach is no bueno. Special features on this release include “Drawing Last Blood: a multipart Production diary,” plus a trailer and a music featurette. 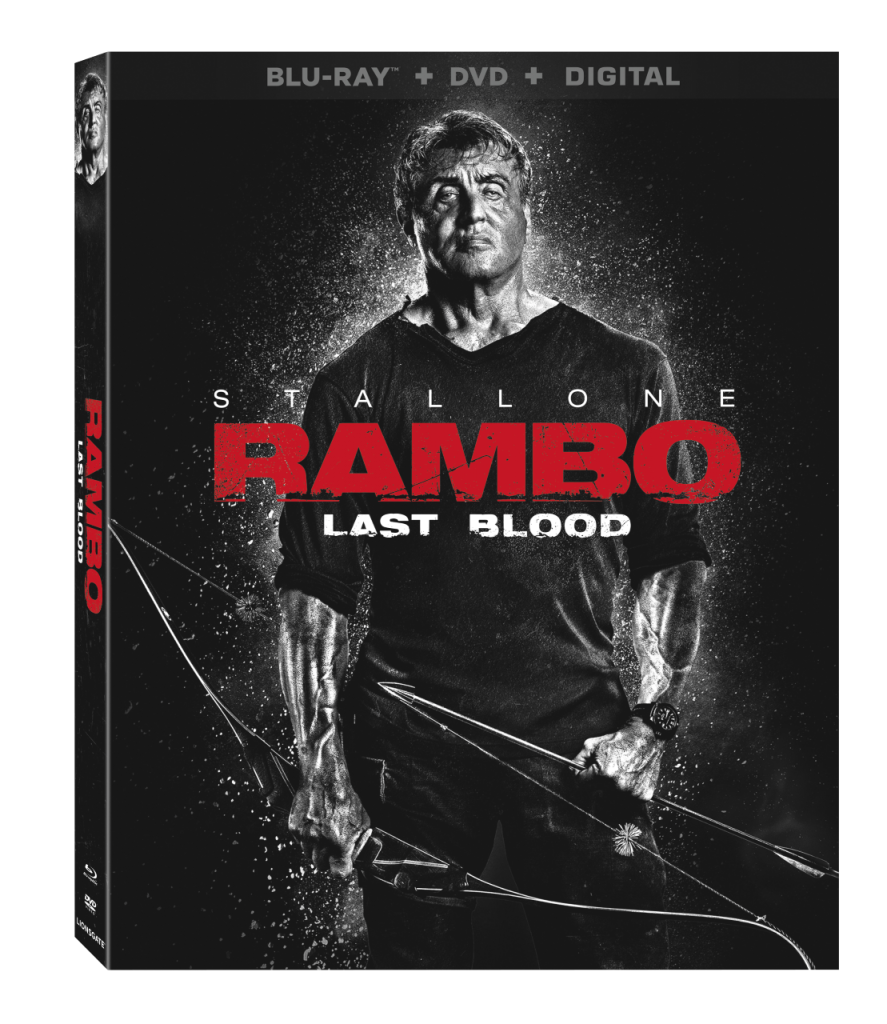