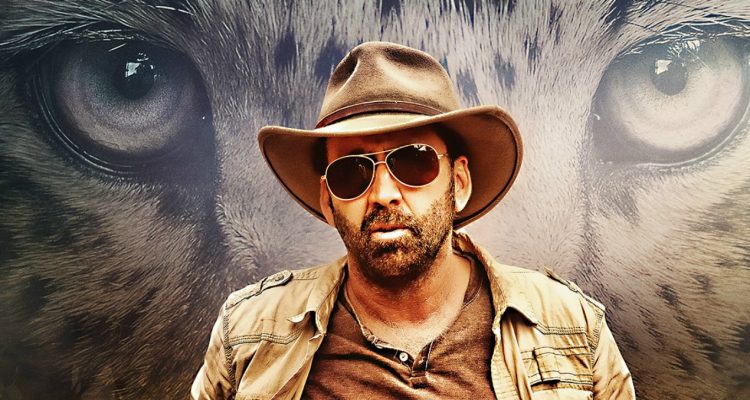 Primal may not be high art but it sure is a massively entertaining good time with Nic Cage doing what he does best and Kevin Durand making for a wonderfully hateful villain.

Plot: A big-game hunter for zoos has booked passage on a Latin American shipping freighter with a fresh haul of exotic and deadly animals from the Amazon, including a rare white Jaguar – along with a political assassin being extradited to the U.S in secret. Two days into the journey, the assassin escapes and releases the captive animals, throwing the ship into chaos.

Review: You know from the trailers exactly what to expect with a movie like Primal; it’s Nic Cage at his Cagiest but we also have Kevin Durand chewing the scenery as the psychotic villain of the piece.

It’s such a bonkers story – Nic Cage plays hunter and collector Frank Walsh wo expects a big payday after bagging a priceless white jaguar for a zoo. But the ship bearing Frank’s precious cargo has another predator — a political assassin facing extradition to America. When the prisoner manages to break free, Walsh must utilize his expert skills to capture the dangerous killer — not dead, but alive.

Said prisoner called Richard Loffler is played by Durand who never disappoints as a villain as he just has the most wonderfully evil, mocking smile. He is completely unhinged and looks like he is just loving every second of this role.

Cage’s character Walsh isn’t especially likeable at first as he simply hates people but his arc is that by the end of the film he will be in danger of becoming a good man as he tries to save others from not only Loffler but the wild animals he has let loose on the ship.

This is ridiculously entertaining B-movie cinema at its finest and I knew exactly what I was in for going in so I had a blast with Primal.

Sure, the CG white jaguar isn’t all that convincing, but I’ve seen worse and it just adds to the sheer bonkers enjoyment factor.

It could have almost been Con Air 2 with the idea of a prisoner being transported and you could have changed Cage into Cameron Poe who has taken to wildlife preservation or something.

There is plenty of action with a few fight scenes including some beatdowns between Cage and Durand. I liked how Walsh isn’t some kick-ass action hero but a hunter, so he uses those skills to take down this predator.

The supporting cast included Michael Imperioli and Famke Jansen who I am now sure has had work done as her face looks porcelain like which is a shame as she was always naturally beautiful.

At 95 minutes long Primal moves along at a fast pace and left me with a goofy smile on my face by the end of it.

Overall, Primal knows exactly what kind of movie it is with Nic Cage and Kevin Durand making for a wonderfully entertaining on-screen duo. There is enough action to keep you engaged and the sheer craziness of it all is what I loved about it.