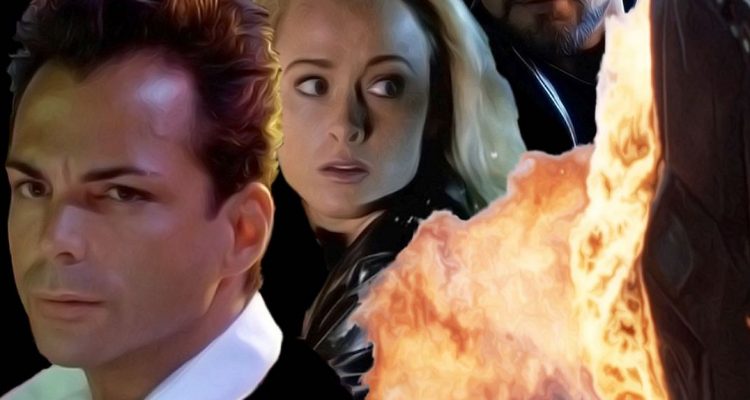 Grieco is appealing in a fairly unappealing role, and the supporting cast is pretty game for such a throwaway little movie.

A Hollywood talent agent becomes involved with a woman who has a stash of drugs that a bunch of miscreants are after.

Hollywood talent scout Rick Hansen (Richard Grieco) hangs out a strip club every night, hoping to find a woman he can fall in love with and marry, while using his influence to lure pretty young women into his talent agency. His pal and owner of the nightclub (Andrew Dice Clay) keeps telling him he’s looking in the wrong place, but turns out he’s right on the money: He falls for a new waitress named Stephanie (Jennifer O’Dell) who instantly catches his eye and heart, but Stephanie’s boyfriend is a dangerous and unhinged biker named Blackie (John Enos III) who has murdered a whole slew of his fellow bikers for a hefty stash of cocaine and is running around town with the valuable stash. His compatriots have already made a deal with another drug dealer (Ice T) who has made other deals, and so when Blackie doesn’t deliver, he incurs the wrath of all sorts of bad guys who come after him, which puts Stephanie and Rick in the crossfire. When Stephanie ends up with the bag of drugs, Blackie rapes and kidnaps her sister (Angie Everhart) for collateral, and Rick has to man up and fight for his new love or die trying.

From director Art Camacho (best known for better movies like Rage with Gary Daniels and Gangland with Sasha Mitchell) and screenwriter David DeFalco (known best for his deplorable and disgusting movie Chaos), Point Doom is a lowbrow and uninspiring little crime drama with some shootout scenes that basically amount to massacres. Grieco is appealing in a fairly unappealing role, and the supporting cast is pretty game for such a throwaway little movie. Former lead singer of Skid Row Sebastian Bach even has a small role as a thug whose onscreen death far overpowers anyone else’s death scene in the movie. If the movie had been a bit more cleaver and had a much better second and third acts, the experience of watching it would have easily improved. As it stands, it’s a junky little thriller with very few redeeming qualities.

Dark Force Entertainment, which has been doing a commendable job of releasing smaller films onto Blu-ray, released a Blu-ray edition of Point Doom. The disc has a beautiful looking transfer and a bunch of bonus features on it. This is the first time the movie has been made available in the widescreen format (I own the DVD, which is full frame), and I was impressed with the quality of the image on this disc. 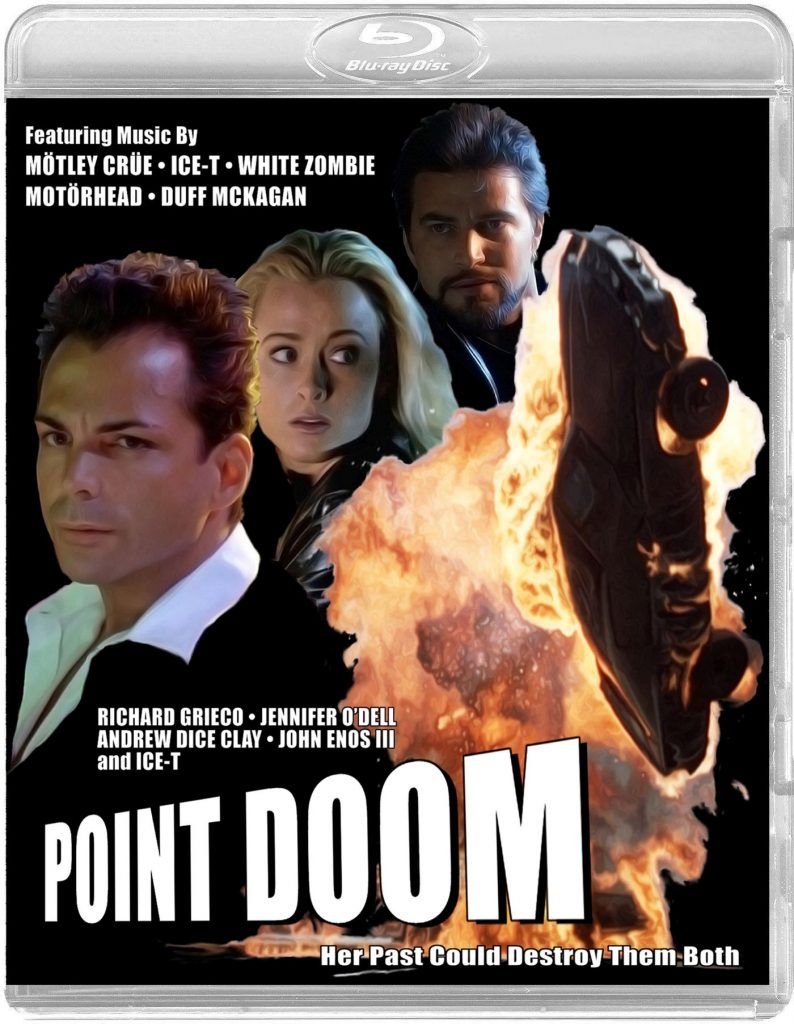