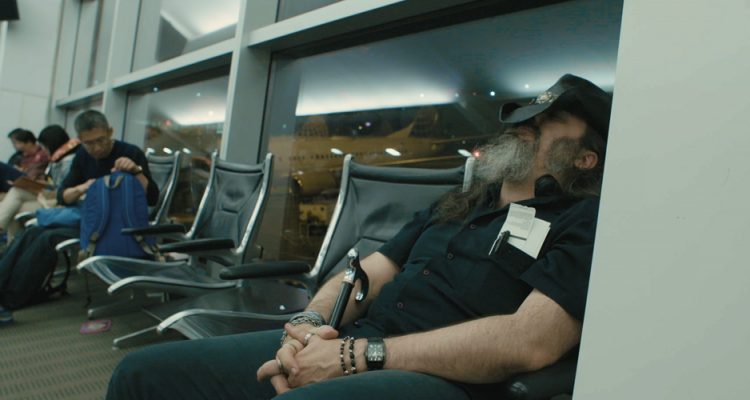 Playing Hard is an honest and engaging documentary which doesn’t shy away from the stresses and strains of getting a video game created in this day and age; it may make you want to think twice before entering into this world. Highly recommended.

Plot: In one of the world’s biggest video game studios, a growing team works on the creation of “For Honor”, a blockbuster game that stages an epic war between Vikings, knights and samurai. With the stakes enormous, the film follows the main creators on an adventure that will have a decisive impact on their careers and personal lives — a parallel to the game itself.

Review: I’m not normally a big documentary watcher, nor am I much of a gamer these days however, Playing Hard was a surprisingly gripping 90 minutes into the creation of a brand new video game in the modern age of sequels.

For Honor is essentially the brainchild of Jason Vandenberghe and when he gets involved in bringing his vision to life it affects his life in ways he never thought possible… and not for the better. This documentary explores the stresses and trials of working on a massive video game project and how no one comes out unscathed.

Using interviews and footage of the team at work Playing Hard makes you feel as if you are right there with them, feeling their stress jumping off the screen. Vandenberhe and the team give honest interviews and as the launch of the game grows nearer their anxiety grows almost to breaking point as do their relationships. Vandenberghe comes across as rather eccentric and I imagine due to his creative mindset he could be difficult to work with and he even admits it himself. It’s funny, you’d think making video games for a living would be a lot of fun but it’s hard work and a ruthless business so if you were thinking you wanted to work in the industry this may be a sobering wake up call.

It’s not something you would watch more than once but you certainly should check it out as it is well researched and a fascinating insight into an industry that I hadn’t really seen before.

Overall, Playing Hard is an honest and engaging documentary which doesn’t shy away from the stresses and strains of getting a video game created in this day and age; it may make you want to think twice before entering into this world. Highly recommended.