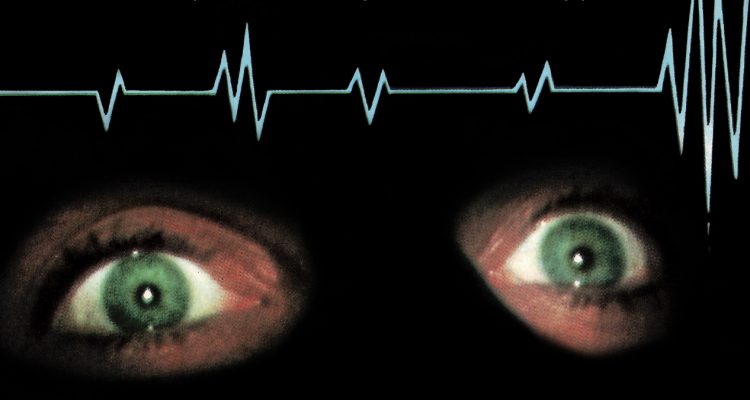 A ripoff / unauthorized sequel to the better-known Australian supernatural horror film Patrick, Patrick Still Lives is like a sex farce with graphic nudity, shocking gore, and an outrageousness that is virtually paralleled for a movie of this type.

A young man in a paralytic comatose state has supernatural powers … and uses them!

A young man named Patrick (Gianni Dei with piercing eyes) gets into a car accident and is rendered comatose, but his brain is fully functional and his father – a mad scientist – urges him to use his brain in an experimental study that expands his mind and taps into supernatural powers. The mad doctor (Sacha Pitoeff) invites three young couples to his mansion for a weekend getaway under the guise of a wellness retreat, and all three couples are experiencing difficulties in their relationships due to one factor or another – things like drug abuse, unfaithfulness, or whatever the case may be. The plan is for Patrick (who’s hidden in a lab within the mansion) to unleash his strange, telekinetic powers upon these unsuspecting people, and the doctor will be monitoring every little blip on his machines to see how far his son will go. Cue the sex and gore shenanigans! The women who’ve been invited are all promiscuous, sleep-in-the-nude Euro babes who gleefully skinny-dip in the pool outside, and all the gratuitous sexual activity awakens the unpredictable monster that has become of Patrick! He swiftly dispatches of a husband (by boiling him in the swimming pool!), then graphically impales one woman with a spear through her groin (a scene so outrageous and unexpected that my jaw dropped). But it doesn’t stop there! Patrick sets his mind on the doctor’s secretary, a nubile young blonde, and he lures her to his bedside … and entices her senses with his sensual, rapey mind. How will Patrick be stopped? Can he be stopped?

A ripoff / unauthorized sequel to the better-known Australian supernatural horror film Patrick, Patrick Still Lives is like a sex farce with graphic nudity, shocking gore, and an outrageousness that is virtually paralleled for a movie of this type. The Italian movie market tended to run the gamut of rip-offs and unauthorized sequels, but this one really does take the cake. It runs a fine line of pornography and pure horror, and it’s pretty effective in both categories. It’s also pretty fun if you’re a fan of the Italian horror genre because it’s just so gonzo with its craziness. Mario Landi directed it; it’s a cheapjack exploitation effort, but it’s a pretty good one!

Severin recently released an uncut, uncensored Blu-ray edition of Patrick Still Lives, and the transfer is nice and filmic from a 2K scan. I’d never known about this movie before, so Severin gets big points for introducing this one to the current collector’s market. Special features include the trailer and an interview with one of the actors. 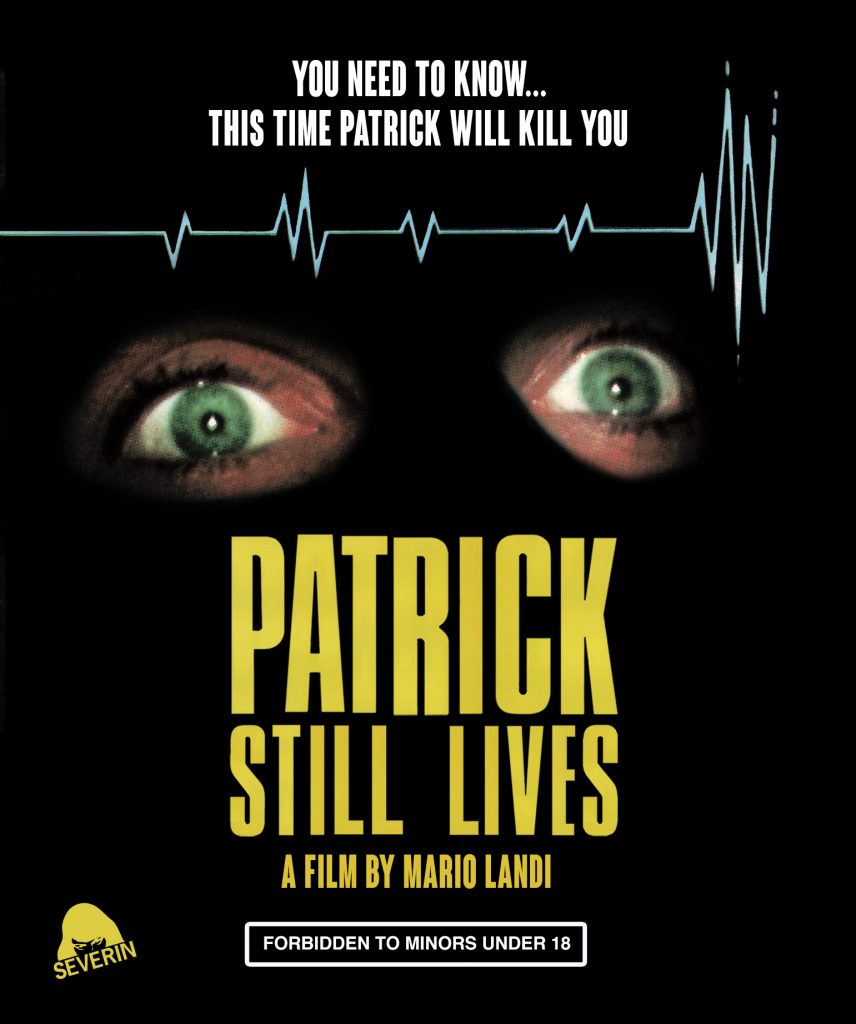