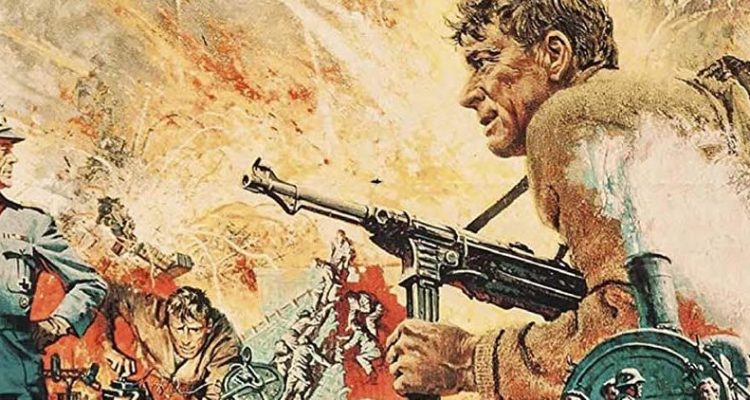 A nail-biting action and suspense film from director John Frankenheimer, The Train is a gritty WWII film that ranks amongst the very best ever made in that genre.

A small band of French resistance fighters plan on the fly a way to stop a Nazi train filled with priceless paintings from getting to Germany.

Knowing that the war will be over in just a matter of days, a cunning Nazi Colonel named Franz Von Waldheim (Paul Scofield) has every seized painting in Paris boxed and boarded onto a train, with the intention of claiming an untold priceless treasure for Germany. The boxes are loaded onto the train, and he orders a battalion of Nazi soldiers to accompany them as protection, but getting the train going at a moment’s notice proves to be a difficult task as the French are quite sluggish at getting their feet in gear. With only a handful of conductors and French train workers available to do Waldheim’s bidding, a small, diminished French resistance group – led by a man named Labiche (Burt Lancaster) – participate in helping the Germans move their cargo along, but covertly sabotage the train every single step of the way to make sure the train takes its sweet time getting out of the station. With Labiche and his few good men working together, the train experiences one setback after another, and Waldheim figures that Labiche and his compatriots are working against him which proves disastrous for Labiche’s fellow resistance fighters, as they are vastly outnumbered and outgunned. But in all his years of war and atrocities, Waldheim has never met anyone as intrepid and unstoppable as Labiche!

A nail-biting action and suspense film from director John Frankenheimer, The Train is a gritty WWII film that ranks amongst the very best ever made in that genre. The stakes are high and the evil with which the Nazis are willing to go to get what they want is only matched by the simple, humble good guys who are fighting for everything with all they have left: Their lives. Great suspense and superb cinematography and direction from Frankenheimer make this is a thrilling (and sometimes harrowing) viewing experience. A near-perfect classic.

Kino Lorber recently released The Train onto Blu-ray, and the release is a fully loaded edition with tons of special features, including two audio commentaries (one by the late Frankenheimer that was ported over from DVD), an isolated music score track, a booklet with an essay, and trailers. 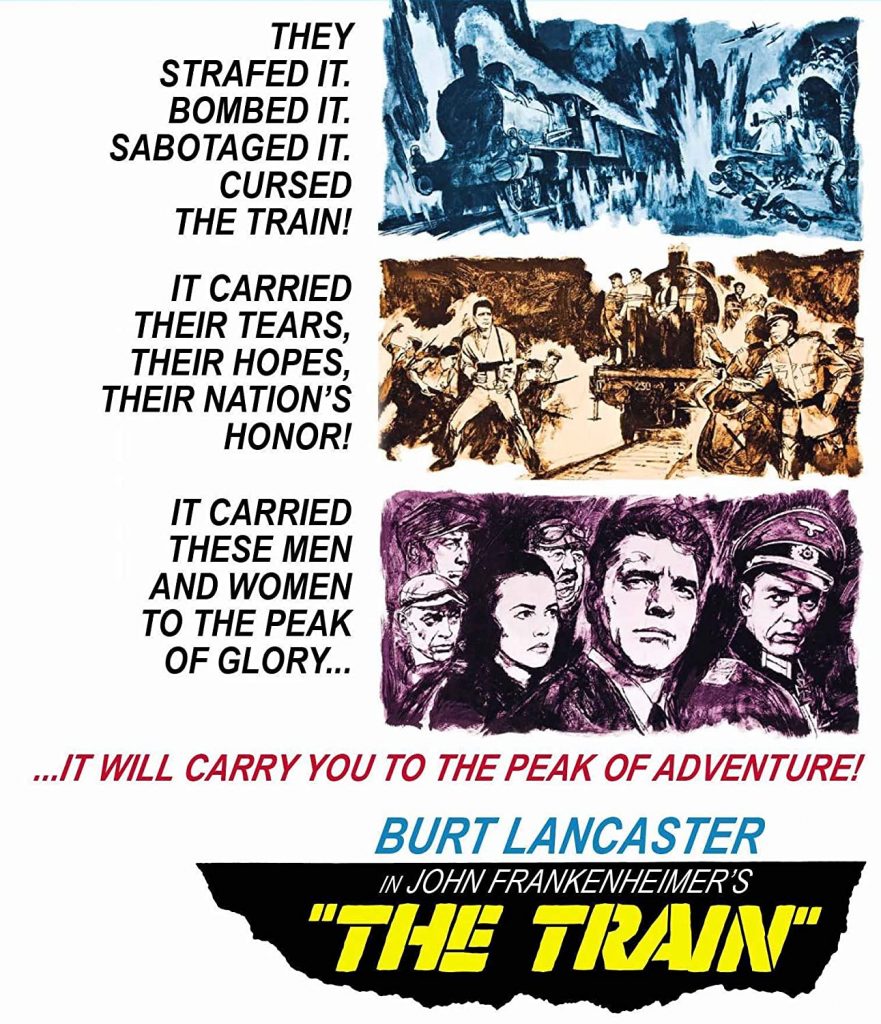