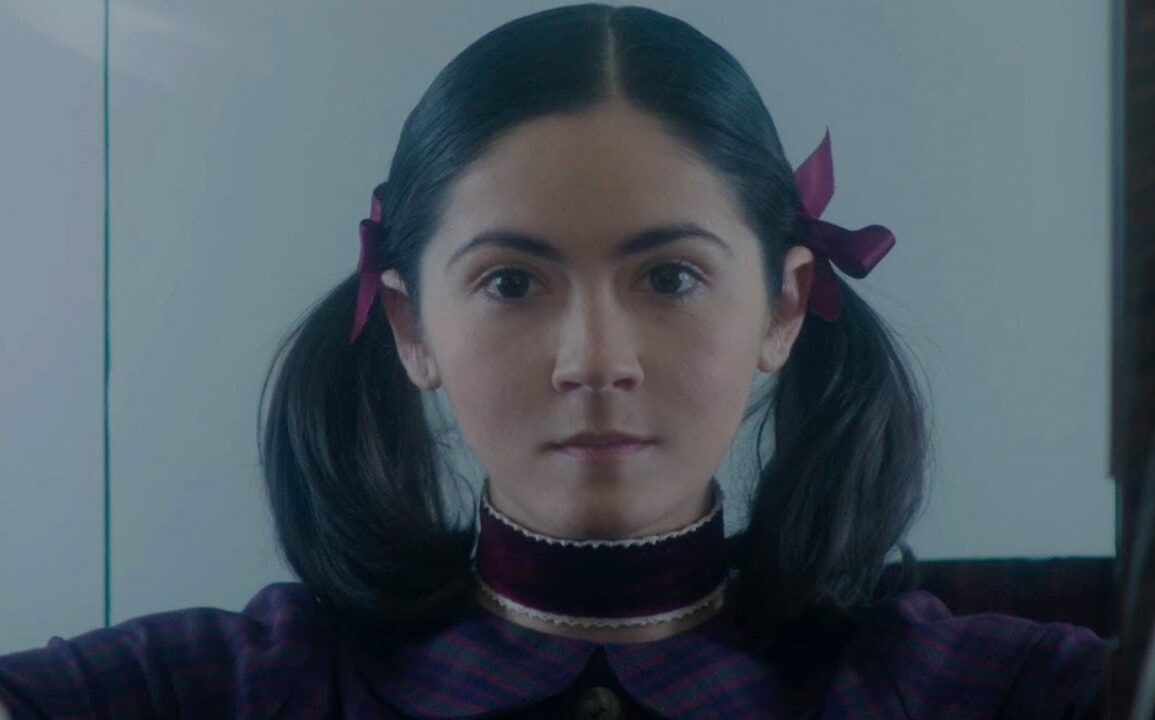 While I wasn’t a fan of the murky look of the film, Orphan: First Kill features a strong story with a great twist and an outstanding performance by Isabelle Fuhrman.

Review: I honestly believe that the first Orphan move was one of the best horror films of the last 20 years. Fueling that was the outstanding performance from its lead, Isabelle Fuhrman. The original is rich in atmosphere, and yes, there’s a crazy twist that makes the movie more memorable, but even if that didn’t exist, the first movie would have still been terrific.

I was curious when I heard they were making a prequel to the first film. I generally don’t like prequels, mainly because the outcome is already known. You know that certain characters won’t die, even when in peril because they appear in the later story. I was also wondering how Isabelle, 23 at the time of filming, still could be passed off as a child.

I can tell you for the last point, the movie does a pretty good job. Through makeup, force perspective, and body doubles, Isabelle mostly passes for a much younger age in this movie. That doesn’t mean it’s perfect, and with some close-ups, you can see she’s a lot older than 10, but overall, it’s pretty darned good.

The movie features an engaging story; yes, there’s another twist you don’t see coming. I don’t usually like twists, as they’re primarily gimmicks, but this one is exceptional. You don’t see it coming, making the story 10 times better. The one criticism I have is after the twist is revealed, the movie seems to rush to its inevitable conclusion. The film is 99 minutes long, so I think another 5-10 minutes wouldn’t have hurt to explore the aftermath of the twist a bit more. On the whole, however, the story is a strength of the movie.

As is Isabelle Fuhrman’s performance. She can show you everything about her character in a stare, a glance, how she moves. The way that she vacillates between the innocent child she’s pretending to be and the deranged lunatic she actually is, is uncanny. I’ve heard Isabelle Fuhrman’s Esther is now considered a horror icon with this film, and it’s not hard to see why. The rest of the cast is solid, with Julia Stiles particularly memorable as the matriarch of the family that Esther is trying to penetrate.

The score is the usual horror type that you’re used to and not particularly memorable – I miss the days when every movie seemed to have a noteworthy score. Likewise, I hated the look of the film – it’s a hazy, bleary style that made me want to wipe the camera lens with a cloth. I’m not sure why they decided to shoot the movie this way, but it adds nothing to the feel of the film other than irritation for the viewer. Isabelle Fuhrman brings enough to the screen to account for all the atmosphere you need.

Overall, this movie was better than I expected. Sequels are rarely better than the originals; in prequels, that never happens. I won’t say that this movie is better than Orphan because that would be an outright lie; however, it’s worthy of the Orphan mythos and a damn fine film on its own.