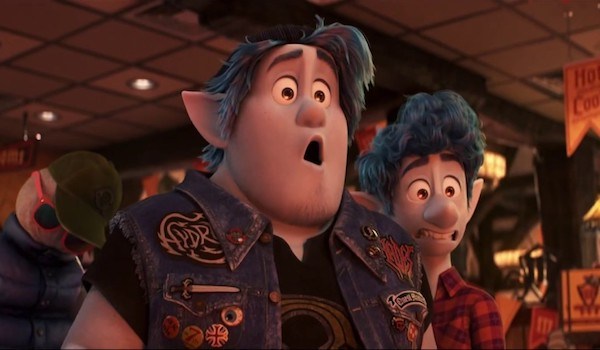 An adventurous tale filled with magic and mischief, Onward is excellent in every way that matters – a modern-age Pixar film that is not one to miss.

Plot: In an urban-fantasy world where magic is long gone, two elf brothers encounter a spell that could give them one last day with their father, who passed away far too early. As the siblings embark on an epic journey, they discover if magic truly still exists.

Review: Off the bat, Onward has a premise that’s incredibly relatable. Set in a modern age where technology pretty much does the work for humanity, people aren’t lazy—they just stopped trying. For his sixteenth birthday, Ian Lightfoot just wants to try. Especially for his dad. To be like his dad. Even though he’s never met him. Just like magic, the loss of their father leaves a gaping hole in Ian’s life that he tries desperately to fill.

It wasn’t surprising how the concept of family takes precedence above all. Director Dan Scanlon takes it even further by showing how complex families can be, particularly with the loss of a parent. Indeed, it’s a very touchy subject especially for a kid-friendly movie, but Pixar films tackle these kinds of subjects so well and this is no exception.

The heart of this movie is the Lightfoot brothers, Ian and Barley (voiced by Tom Holland and Chris Pratt respectively). The dynamic between the siblings is genuine and admirable, I caught myself smiling or chuckling on nearly every scene they had together (which were most of the scenes).

As the geeky, loud-mouth older brother, Barley stole the show for me. He’s absolutely hilarious and adores his little brother unlike any character I’ve come across before. Even the mother (Julia Louis-Dreyfus) had a couple of scene-stealers as well—the Lightfoots were just an all-around wholesome family.

As someone who enjoys epic adventures that involve slaying a dragon or journeying to the edge of the earth, I geeked out pretty much the entire film. Onward recognizes its own genre and elevates it to reach any type of audience. You get to laugh and smile and cry all while sitting at the edge of your seat—definitely a fun, profound story worth watching.