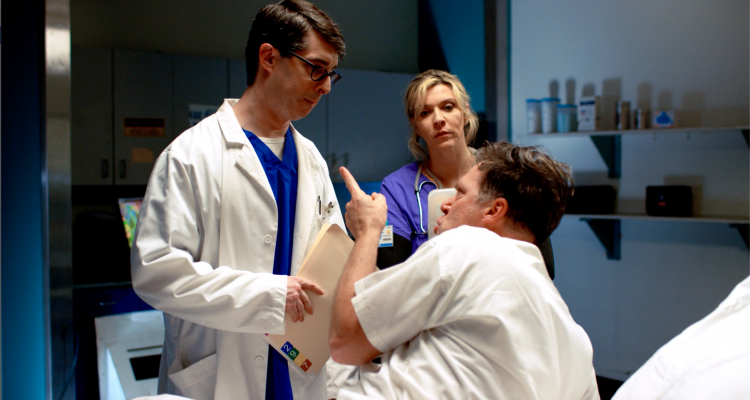 ENDGAME 2050, a new environmental documentary, featuring musician Moby, has recently been completed, and its purpose is to sound the alarm on the ecological endgame that humanity has backed itself into as we approach the year 2050.

The film begins with an eerie 17-minute fictional segment set in the hypothetical year of 2050 (to help imagine the consequences of our continued inaction). This part of the film portrays ordinary people coping with a harsh future of food and water shortages, runaway climate change, fishless oceans and civil unrest. The remainder of the film shifts back to a traditional nonfictional format, featuring top scientists and leaders who provide testimony on the dire state of the planet.
Musician and environmental activist Moby interjects throughout the film and does not mince words. He speaks directly to the audience about the undeniable reality that we – humans – are the sole cause of this environmental breakdown, and unless and until we take responsibility and act urgently, humanity is hastening its own destruction and that of virtually all other life on the planet.

Physician turned filmmaker Sofia Pineda Ochoa, MD, who directed ENDGAME 2050, says, “I think many environmental films sugarcoat our reality and the extent of changes needed. They sometimes don’t want to make people too uncomfortable.  But I think that does a grave disservice to the audience and the planet.  I worked hard to self-finance this film and maintain the freedom to clearly lay out the dire situation in which we now find ourselves, and the responsibility for these global problems that we all bear.  I think we owe it to the planet, other species, and ourselves to not bury our heads in the sand.”

Sofia was born and raised in Guadalajara, Mexico. She attended medical school there and, as a student, her dream was to help people as a doctor. She devoted a full decade of her life for medical training in that pursuit. Over time, however, her perspective changed on what she believes is most urgent. She has come to understand that humans – herself included – are literally destroying the planet on which we live. Humanity, she believes, is not only making the planet uninhabitable for human civilization, but also for countless other species with whom we share this world. She believes this is a crime like no other and feels a deep sense of concern, in particular, for all the other animals who are being decimated by human activities. She made ENDGAME 2050 because she wants people to wake up to the gravity of the situation before it’s too late.