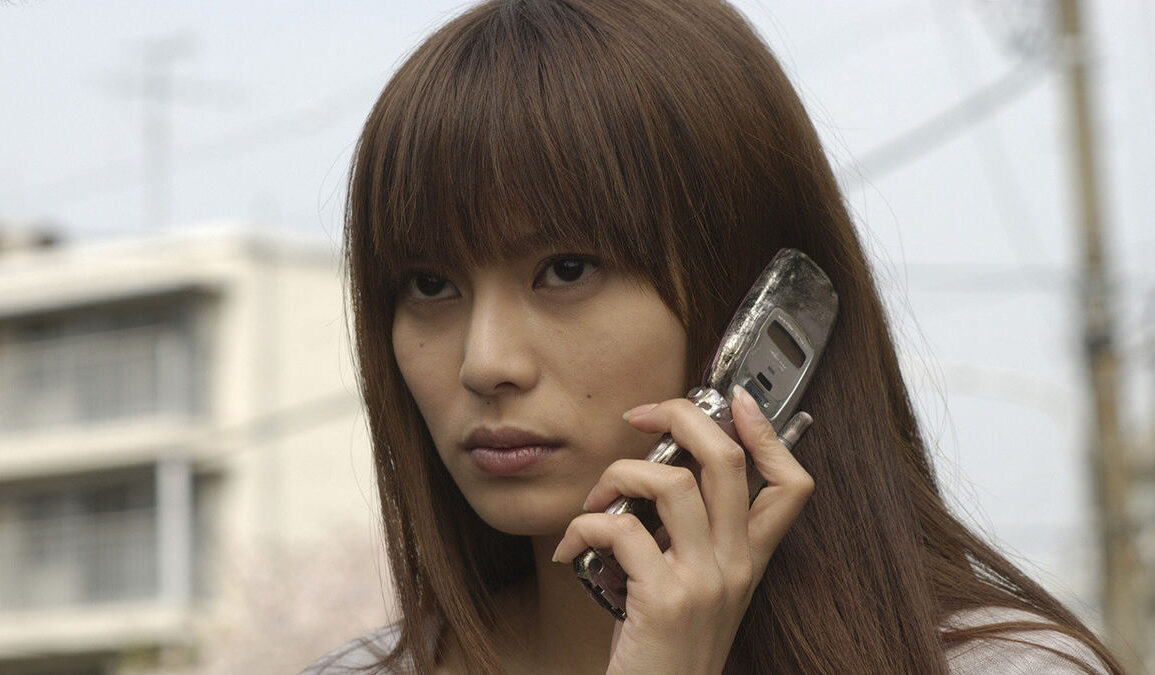 Depending on your tolerance for J-Horror movies, the ONE MISSED CALL trilogy varies in quality. The first one is pretty solid, the second one not so much, but the third one brings it back home.

Anyone who listens to a cursed message on their voicemail dies horribly shortly thereafter.

No one knows exactly how it starts, but by the time anyone figures it out, it’ll already be too late. A group of friends meets with terrible tragedy when one of their own listens to a voicemail on her phone, which comes from several hours in the future. When she listens to the voicemail, it’s her own voice, and then only screams. Moments later, an invisible specter throws her off a bridge and onto a speeding train, making it appear as if she committed suicide, which is exactly what the police call it as. We know it wasn’t that, but it takes awhile for others to catch on. The evil force that killed her dials a number on the dead girl’s phone, and the curse continues to the next friend, who answers, and dies suddenly and strangely, but this time there’s a witness to the bizarre nature of the death, and by then there’s a rumor going around that there’s a weird curse or some kind of witchcraft going on in Japan where a rage-filled woman is acting from beyond the grave, killing anyone who will answer their phone, but at least giving them some kind of warning that she’s coming for them. One guy is on the hunt for anyone who will listen to him because his sister died in the same way by answering her phone, and then dying the next day. He hooks up with the last survivor of the group of friends who’ve all died by then, and they try to research who or what is behind all these bizarre deaths. Turns out that the media is onto the story too, and soon the whole world too, as one young woman is killed on the air in a shocking display by the ghost (or whatever it is) in front of an audience. If the origin of the evil is not stopped quickly, the curse will spread globally.

A tricky and icky little “J-Horror” original from director Takashi Miike (Audition), One Missed Call stretches into the wacky a bit, but it does have its creepy and gross-out factor if you’re into these supernatural thrillers from Japan. It spawned several sequels and a failed American remake, but this one works pretty well, even at an overlong 112 minutes. It ends on a puzzling note that had me scratching my chin in confusion, but whatever. Out of all these types of movies, I’m sure Pulse is the creepiest and most unsettling, but One Missed Call should do the trick too.

Another curse is out there, calling and killing people.

A few years after the events that killed a bunch of innocent young people who unfortunately answered their phones when they shouldn’t have, another curse is unleashed on the world, killing people in strange, incomprehensible ways after receiving a mysterious phone call from the future. A young woman’s friends somehow get latched into and interwoven with the curse, and she watches hopelessly as one friend after another is killed by some kind of rage-filled ghost that works through technology. She teams up with a male friend and a female reporter who thinks that by inexplicable events, the previous curse is connected to this new one, and simultaneously one of the detectives on the old case is itching to link the new killings to the previous ones. What the young woman comes to realize is that the new curse stems from an abused and murdered little girl who was able to predict people’s deaths, and her entire community sowed her mouth shut and killed her so that she could never predict another death again. Needless to say, the little girl ghost is out for vengeance, but is there a way to stop her, and is she weirdly connected to the previous string of killings?

A less compelling entry in the One Missed Call trilogy, Part 2 has an unpleasant quality to it, no thanks to a child abuse subplot, but it’s never able to move and shake the audience the way it intends to. The creepy factor is never really apparent, and there’s a decided lack of chills and gore, relying mostly on big CGI moments and ghostly strength over tension and shock. I’m still not sure how these ghosts are able to dial phones and work through future events, but whatever. A weaker riff on the first film, Part 2 feels more like an American remake than a Japanese sequel. From director Renpei Tsukamoto.

A bullied girl in a coma becomes a conduit for a ghost who unleashes another technology curse on a group of Japanese students studying abroad in Korea.

A relentlessly bullied Japanese girl is rendered comatose after a botched suicide attempt, and when her classmates go on a study abroad trip to Korea, the bedridden girl becomes a vessel for a vengeful ghost who uses her memories and emotions as an excuse to systematically hunt down those who tormented her. After the ghost within her begins calling people with the old “You won’t die if you forward this message” call with a portent of doom and horrible death, the plot reveals that one of the tormentors was actually a dear friend to the comatose girl, and it becomes her task to figure out how to stop the curse and break the chain of death that comes with the “one missed call” bit.

The last of the original One Missed Call trilogy, Final is an improvement from Part 2, and it feels more like a Final Destination film with its creative kills and the can’t-escape-death storyline that has the characters sometimes literally sprinting away from doom. The characters are a little more interesting this time around, but I still don’t quite understand the rules and dynamics of the ghost or the curse behind the phone call. If you’ve made it this far into the series, you’re bound to like this one. It’s from director Manabu Aso.

Arrow Video’s recent Blu-ray release of the One Missed Call trilogy comes in a two-disc package, with a bunch of special features, including short films, interviews, documentaries, and tons of other stuff that will keep any true fan engrossed for hours. 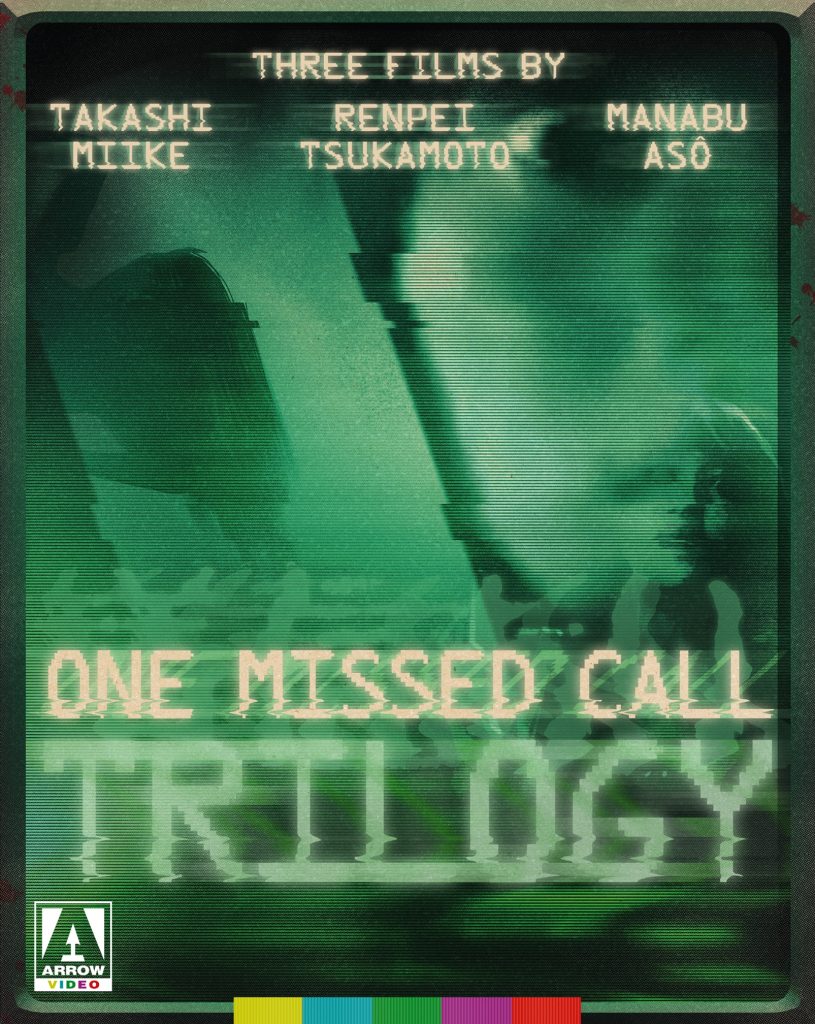