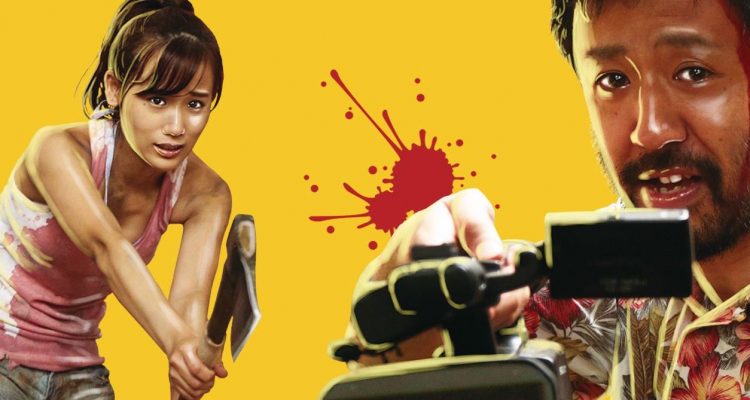 It ended up being a neat little surprise of a movie that flips itself upside down and backwards to tell its story, which was refreshing and almost feels new in a storytelling fashion.

Things go badly for a hack director and film crew shooting a low budget zombie movie in an abandoned WWII Japanese facility, when they are attacked by real zombies.

A small, indie movie crew is in the middle of shooting a low rent, ultra low budget zombie movie in a creepy, abandoned location when a small zombie outbreak turns the lackluster movie production into a full-fledged once-in-a-lifetime real-life, real-time zombie survival movie … with no cuts. The megalomaniacal director seizes the opportunity to push his less-than-enthusiastic actors into performing the role of their lifetimes as the undead come after them with bloodlust and vigor. It comes down to the pampered leading actress (whose performance suffers before the outbreak and suddenly comes to life when her life depends on it) to stay alive as the single camera follows her on her careening path to survival. And then the movie ends, and the credits roll, only 30 minutes into One Cut of the Dead. The second part of the real movie starts: We follow the lives of the cast and crew of the low budget zombie movie being assembled by a TV station to create and premier a stunt live on the air: A one-take only short zombie film called One Cut of the Dead. We follow the hard working, lower-middle class director who is struggling to make a living, while his teenaged daughter longs to break into the film biz. When he gets the shot at making One Cut of the Dead he assembles his cast and crew and begins planning out the painstaking process of shooting the entire film in one single take, and then we see the third part of the film, which is the making of the film, which turns out to be a calamitous comedy of errors, filled with drunken crewmembers, props and camera cranes that fall apart, and various mishaps that cause the director to throw everything he can at the production to make it work in one take while live on the air.

At first, I had no clue what to make of One Cut of the Dead. It felt like a grungy zero budget zombie effort that happened to be from Japan, but then it shifted gears completely and turned into a sort of behind-the-scenes drama about a regular dude trying to make a living making crappy movies. Then it becomes a pretty funny (and kinda cute) comedy that revealed itself to be a loving tribute to both making movies and reconnecting with your kids in a way that makes them feel special. It ended up being a neat little surprise of a movie that flips itself upside down and backwards to tell its story, which was refreshing and almost feels new in a storytelling fashion. Written, directed, and edited by Shinichiro Ueda.

The newly released blu ray / DVD combo pack of One Cut of the Dead comes in a steelbook package, which contains special features including outtakes, a Go-Pro version of the film, and more. The film is also available in standard DVD. 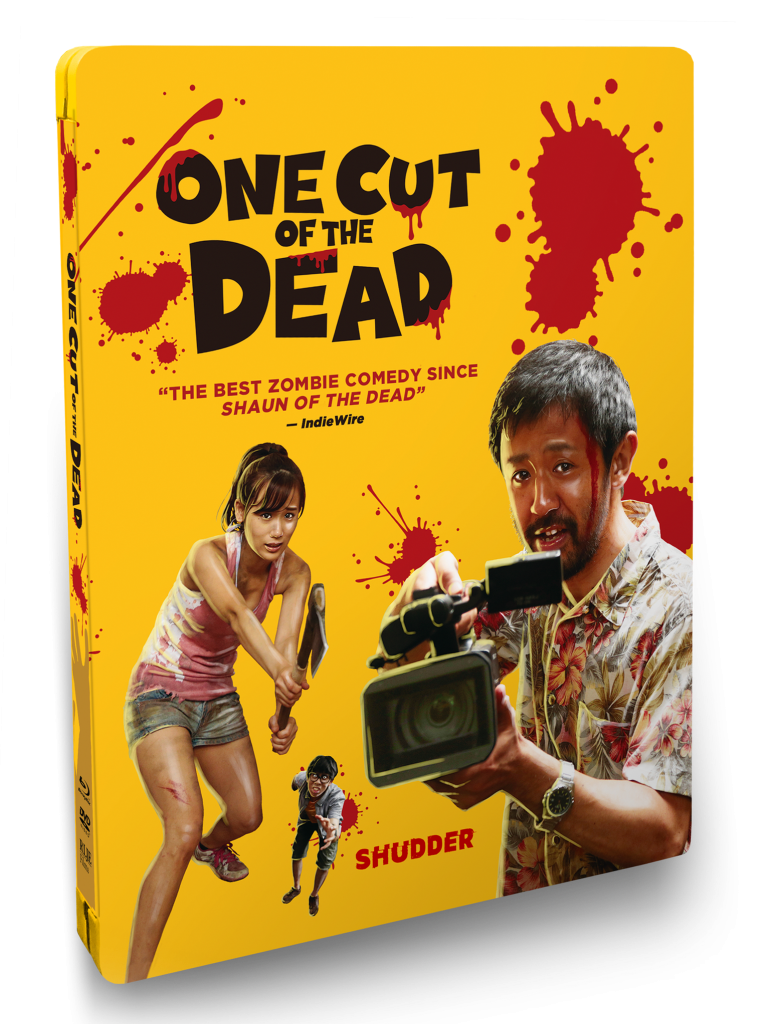