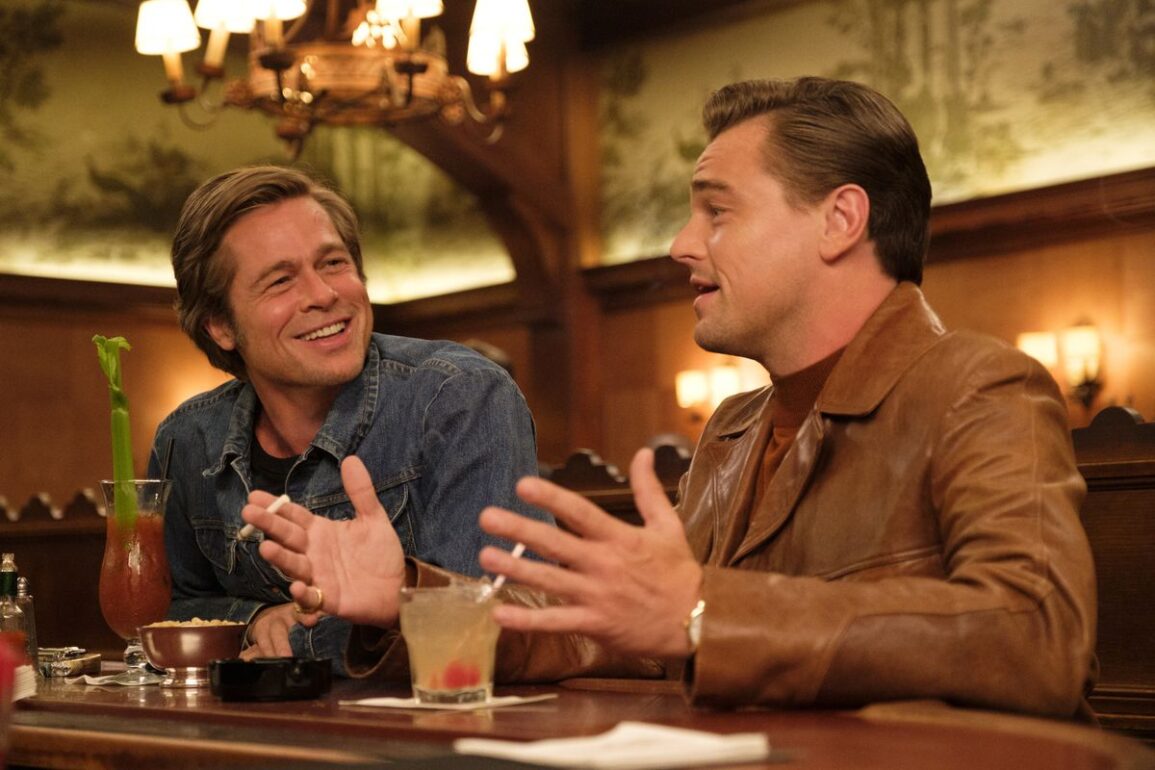 Once Upon a Time … In Hollywood is another winner for Tarantino with stellar performances, cool atmosphere and wonderful locations. It may take a while to get where it’s going but it’s a fun ride nonetheless.

Plot: Quentin Tarantino’s Once Upon a Time… in Hollywood visits 1969 Los Angeles, where everything is changing, as TV star Rick Dalton (Leonardo DiCaprio) and his longtime stunt double Cliff Booth (Brad Pitt) make their way around an industry they hardly recognize anymore. The ninth film from the writer-director features a large ensemble cast and multiple storylines in a tribute to the final moments of Hollywood’s golden age.

Review: I don’t think anyone loves Quentin Tarantino quite as much as Tarantino himself but if I had the talent he does I’d be pretty arrogant too.

Once Upon a Time in … Hollywood is his 9th film (so all the ads tell us) but is also one of his best. It’s arguably his most commercial movie to date lacking the graphic violence of his previous movies (until the final 20 minutes) but even then it’s cartoonish and never particularly disturbing.

It’s a love letter to Los Angeles and strangely made me feel nostalgic for a time I never knew showing us some wonderful real-life restaurants and locations. The movie is also about friendship particularly between actor Rick Dalton (Leo DiCaprio) and his stuntman Cliff Booth (Brad Pitt). DiCaprio remains one of the best actors working today and his performance as Rick is layered with pathos where at times you aren’t sure whether to laugh or cry. His career is on the rocks and the only person that has stuck by him is his friend Cliff with Pitt playing one of his most amiable characters to date who is loyal but also just might have a dark side. Cliff is cool and tough but also a rather pathetic soul whose best days are behind him as a stuntman so he essentially has become Rick’s driver.

Once Upon a Time has easily the best cast of the year and the movie  becomes a who’s who of Hollywood  with cameos galore and a standout performance from Mike Moh who plays Bruce Lee portraying him as a bit of an asshole but has a great fight with Cliff. Sadly he is only in about 2 scenes but he is truly memorable and really captures the mannerisms of Lee.

The film has a lighthearted and uncharacteristically feel-good atmosphere for a Tarantino story however,  there is this underlying air of menace in the background as we know about Charles Manson and his cult but he never really becomes part of the bigger story with the focus staying squarely on Rick and Cliff.

Not much happens and it’s a little too long and slow at times but if you’ve seen Tarantino movies before then this won’t come as a surprise as this is a film that could only be made by him. It refreshingly doesn’t overuse the quickfire dialogue he has been known for in the past but there are some choice lines of dialogue (“don’t cry in front of the Mexicans”) and the usual great choice of tunes which help create the atmosphere of the time.

Rick and Cliff are two very appealing characters and you are immediately drawn to them so despite some pacing issues it’s never dull or predictable.

Overall, Once Upon a Time … In Hollywood is a change of pace for Tarantino lacking the disturbing violence his other movies have but it will make you fall in love with Los Angeles and its breezy atmosphere and memorable characters make it one of the year’s best pictures.