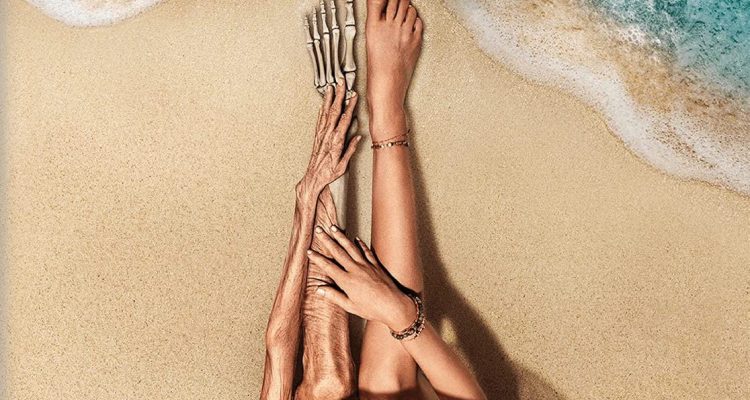 From M. Night Shyamalan, Old has such a basic, but original concept that it’s a wonder no one tapped into this theme before. It feels like an extended episode of The Twilight Zone stretched out into feature length, and it works, but not without some seriously goofy twists and turns.

A secluded island beach turns anyone visiting it much older by the minute, and once a handful of people realize it, they scramble to figure out how to leave before they age to death.

A family (played by Gael Garcia Bernal, Vicky Krieps, Alexa Swinton, and Nolan River) arrives at a swanky resort island and is given the royal treatment by the staff. Prisca (Krieps) has a tumor and may not have much longer to live, and her relationship with her husband Guy (Bernal) is rocky, but their kids Alex (River) and Maddox (Swinton) are mostly unaware of their parents’ relational struggles. They accept an invitation with some other resort visitors to go to a remote beach for the afternoon, and along with several other couples – including a doctor (Rufus Sewell and his wife (Abbey Lee) and the doctor’s elderly mother – they are dropped off at a path where they must follow down to the scenic beachside. Once there, they enjoy the beach for a few hours … until all of a sudden things get very weird very quickly. The doctor’s mother dies in a sudden and shocking (and unexplainable) way, and before anyone realizes it, the kids (there’s another little girl) have grown up to be teenagers (Alex is played by Alex Wolff and Maddox is played by Thomasin McKenzie)! When panic and confusion sets in, the adults desperately try to find a way back to the path, but find it impossible, and when they try to swim out to shore, only death awaits. With everyone growing older by the minute, and with Prisca’s tumor growing out of control to the point that it will kill her in minutes, it seems that the beach is going to kill them all in a matter of hours if they don’t find a way out …

From M. Night Shyamalan, Old has such a basic, but original concept that it’s a wonder no one tapped into this theme before. It feels like an extended episode of The Twilight Zone stretched out into feature length, and it works, but not without some seriously goofy twists and turns. It’s obvious that Shyamalan tries to lay the foundation of a grand twist at the end, but he almost didn’t need one to make the movie work. The twist is only there to try to “explain” what we just saw, but I might’ve been just as pleased without one. There are some shocking, “scary” moments, and the tension is palpable throughout the whole thing, and so Shyamalan retains his crown as the modern prince of twists and supernatural suspense.

Universal will be releasing Old on October 19th to Blu-ray / DVD / Digital, as well as 4K Blu-ray, and it comes with deleted scenes, plus a behind the scenes featurette. 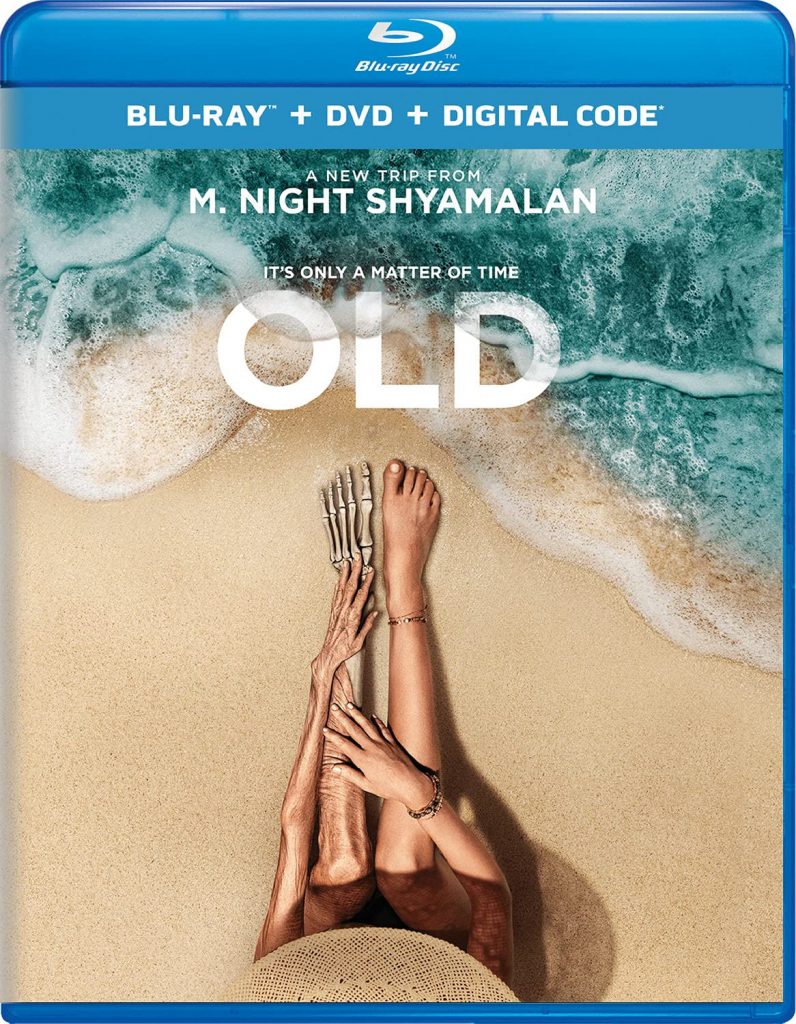