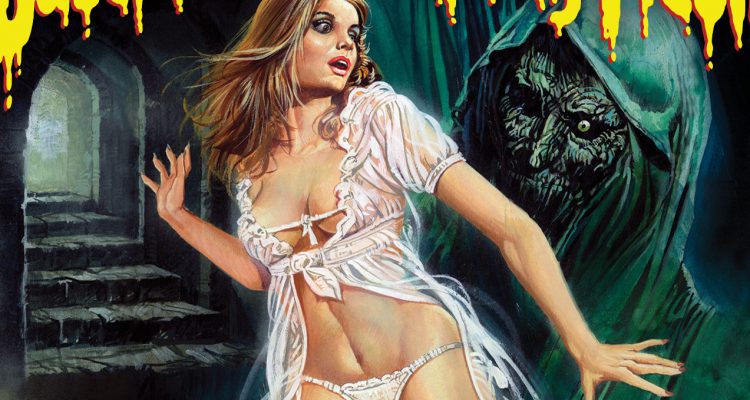 A mostly inconsequential and silly sleazy affair from director Adrian Hoven, Castle of the Creeping Flesh isn’t much of a horror movie, although it’s certainly macabre and done in the loose fitting Euro sex style of Jess Franco.

Some hedonists convene at a gothic castle and find that the place has a sordid history, which affects them all.

While out riding horses together, a group of upper class men and women with nothing better to do, stumble upon a castle lorded over by the descendent of the Earl of Saxon, who has long lived a quiet life in his creepy estate. His stable master and servant warns the group to tread carefully, as they have come into a place that will alter them all, but being carefree young people, they filter in and enjoy the novelty of it all. The lord of the estate comes to greet them and is immediately drawn to one of the women, whom he insists reminds him of the lover of one of his forefathers, and he also laments that not one hour ago his daughter died, and from what who is to say? The group is a horny and lascivious bunch, gorging on the meal the lord provides them, and they’re all led to their separate rooms, where they proceed to get into trouble during the night. Meanwhile, somewhere deep in the dungeons of the castle, medical experiments are being performed (in graphic detail in footage that appears to be from real medical procedures) on unwitting participants, which seems to be an ill omen of things to come. The group of young people sequestered in the castle are given a quick tour of the grounds and are told that a cruel and gruesome rape took place on the property many years ago, which has given the place a curse of some kind, and over the course of the evening, the rape reoccurs, but within the group, giving the night over to a possessed atmosphere, ensuring that the castle of the creeping flesh will never yield those who innocently came in back into the world …

A mostly inconsequential and silly sleazy affair from director Adrian Hoven, Castle of the Creeping Flesh isn’t much of a horror movie, although it’s certainly macabre and done in the loose fitting Euro sex style of Jess Franco. It’s a short film at 83 minutes, but at least ten or 15 of those minutes is devoted to the up close footage of what appears to be an artificial heart valve replacement surgery that drags on and on. It doesn’t match the rest of the movie at all and seems to have been placed there just for shock value. It’s quite stupid, frankly. The movie has some laugh out loud dining scenes where the feasters drool and get chicken grease all over their faces while they’re lusting over each other, and then in the last act there’s quite a bit of nudity and sex. None of it adds up to much at all, but if you’re a fan of these Euro erotic gothic horror movies, it might have its rewards for you.

Severin’s Blu-ray release of Castle of the Creeping Flesh is presented in a nice high definition transfer and comes with a Q and A, an archival interview, a locations featurette, trailers, and some alternate sequences. 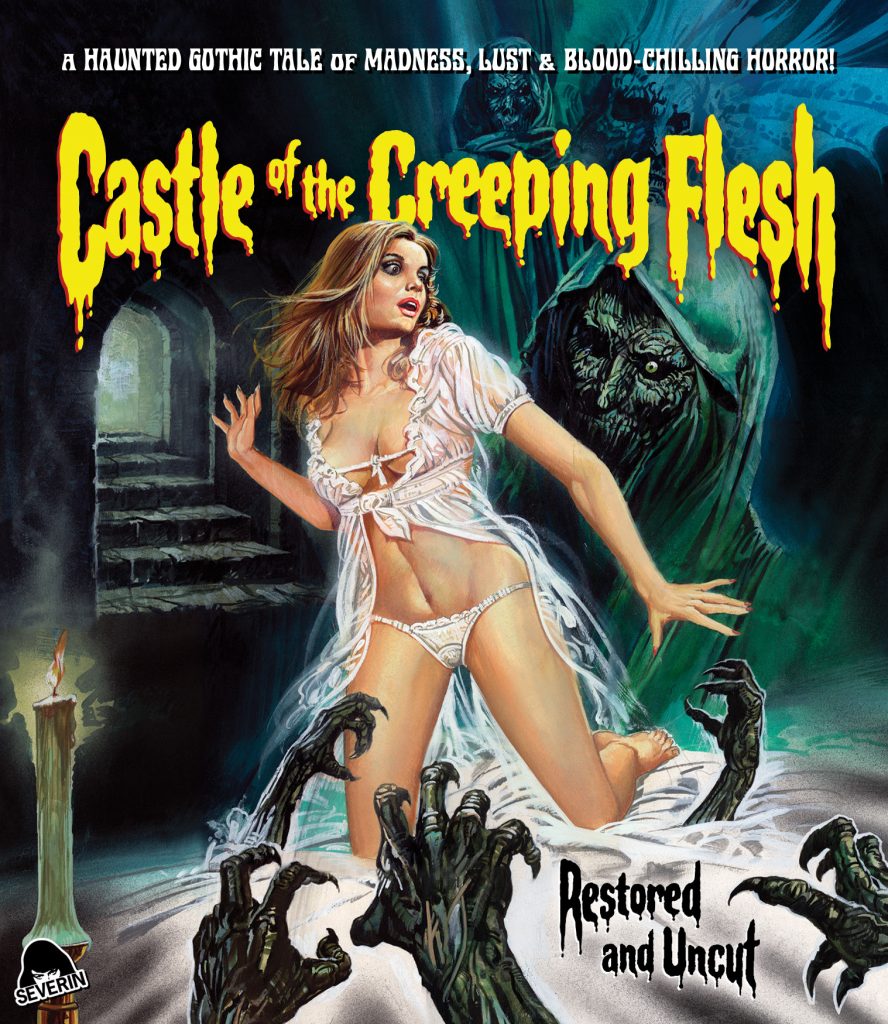