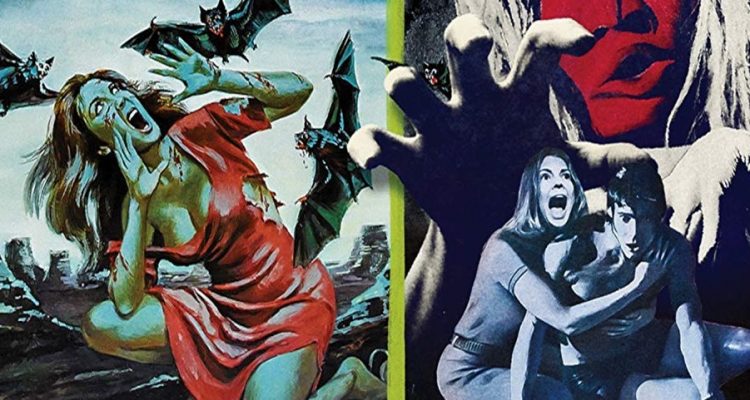 Despite having no special features both movies are entertaining and a worthy addition to your collection.

Review: A Maskai Indian tribal cop named Youngman Duran (Nick Mancuso) finds himself in the middle of a nearly impossible situation when the sacred Maskai canyons become infested with killer vampire bats that suddenly become a plague upon the land and everything that walks upon it. Unequipped and unprepared to deal with the creatures, he teams up with an intrepid mad scientist (played by David Warner), whose only mission in life is to track down and exterminate vampire bats. Caught in the middle is Duran’s pretty girlfriend (Kathryn Harrold), who becomes stranded in the desert as a result of the bats killing her camping party the night before. Using his mystic knowledge in Maskai magic, Duran must confront the bat infestation in the canyons and put everything on the line to save the sacred land of his people … and the lives of his girlfriend and the scientist.

An exciting and pretty hair-raising horror / adventure with a fairly unique approach to a standard-issue creature feature storyline, Nightwing greatly benefits from convincing creature effects (from Carlo Rambaldi, who worked on E.T. and Cat’s Eye) and a good score by Henry Mancini. Based on a book by Martin Cruz Smith, the film moves at a good clip and maintains interest and excitement from start to finish. Director Arthur Hiller does a solid job here, and anyone seeking a bit of escapism should finds Nightwing quite satisfying.

Plot: The Westernized grandson of a shaman returns to the wilderness to learn more about his Native American heritage. When he encounters powerful evil spirits, he enlists the aid of his lover and a local chief to stop the spirits.

Review: A Native American shaman named Old Man Hawk (Chief Dan George) is plagued by nightmarish visions, and feels as though the spirit world is haunting him. He travels to the city on his own, even while under spiritual attack, and finds his grandson, a half-white businessman named Mike (Jan Michael Vincent), who has moved on from the ways of his upbringing and has embraced Western culture. Old Man Hawk implores his grandson to travel with him back to their homeland so that he can teach him the ways of their people once again to prepare for a reckoning that is sure to come. Despite his better judgment, Mike goes along for the journey (along with a pretty journalist who sort of gets swept up in the adventure), and almost immediately, the three of them are besieged by an evil spirit and a Native American cult that wishes to kill Old Man Hawk and his grandson. The cult throws everything they can at them: a bear, a blood-crazed warrior, a battalion of possessed folks, evil spirits snakes, and car wrecks, but much to Old Man Hawk’s pleasure, Mike turns out to be a great receptacle for his teachings and a strong foe against the forces of evil.

A satisfying action adventure with some solid action scenes and a few impressive stunts (there’s a heck of a bridge crossing scene), Shadow of the Hawk is a solid pulp adventure the likes of which don’t seem to be produced anymore. Jan Michael Vincent is a solid lead here, and the moody, spooky atmosphere adds to the strange flavor of the film. The movie bears the mark of a ’70s film, but that also adds to the appeal of the proceedings. From director George McCowan.

Mill Creek’s appropriately paired double feature Blu-ray of these titles are presented in high definition, but without any special features. Note to Mill Creek: Arthur Hiller’s name is misspelled on the back cover in the credits of your release. 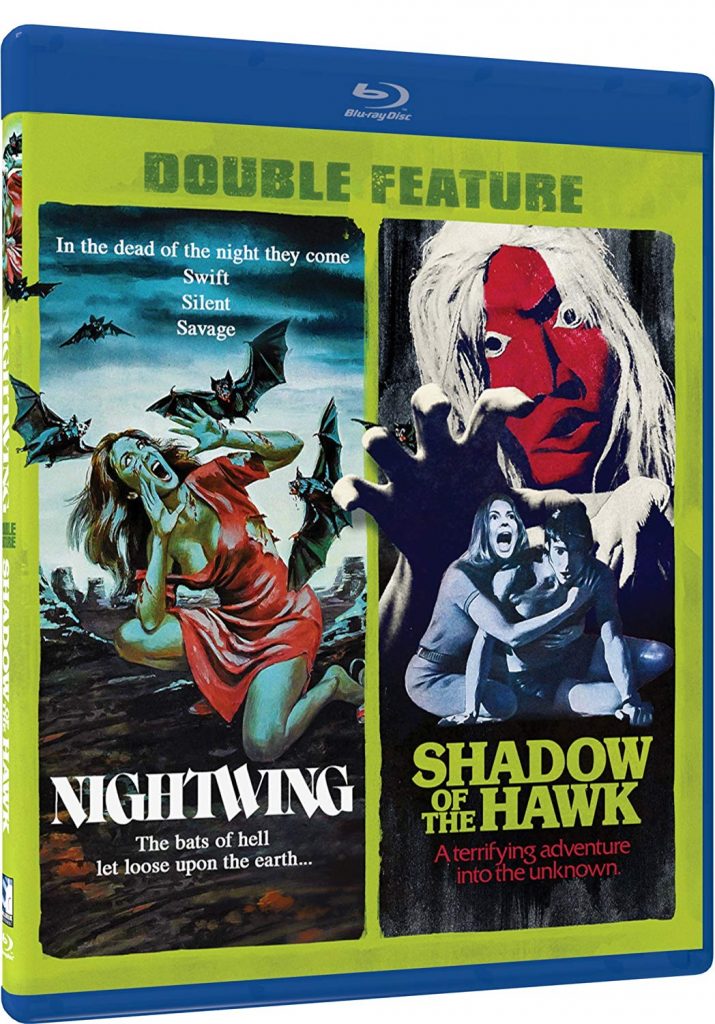