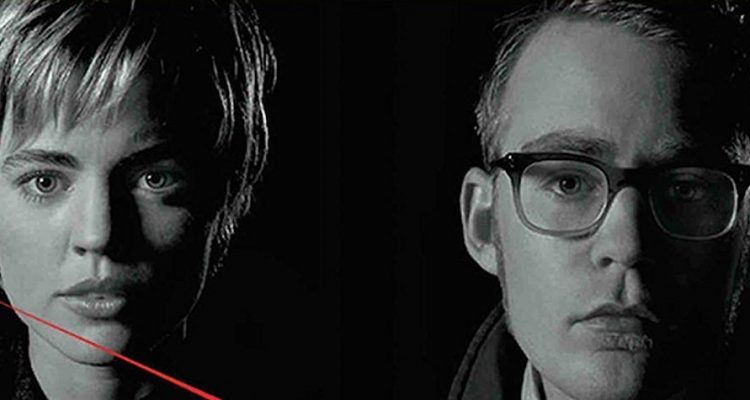 New Port South isn’t earth shattering like it wants to be, but it’s well made, involving to a point, and fun to watch for awhile as we try to embrace an unlikable protagonist.

Plot: A group of teenagers wish to rebel against the administrators and teachers (the system) in their suburban Chicago high school called New Port South.

Review: A private high school in a Chicago suburb called New Port South has been on shaky ground with the media for a few years, ever since a rebellious free thinker (played in flashbacks by Michael Shannon) nearly upended the entire school with his subversive ideas against authority, but ended up in a mental institution as a result. The current state of affairs at New Port South has gotten even more strict and authoritarian under the Principle (Raymond Barry), whose strongest ally is a close-minded virtual thought Nazi teacher (Todd Field) who limits free thought and expressionism in his students. A frustrated rich kid misfit named Maddox (Blake Shields) finds out about the rebel student whose reputation has all but been snuffed out by the school records, and he begins to investigate his life and the legacy he left behind. Using his predecessor’s dogma like a roadmap to a future for his school and all its students, Maddox gains a few highly artistic allies, and slowly but surely they all begin to create propaganda against the system with posters in the hallways, subversive videos, and a general sense of rebellion, and to the great frustration of the teachers and principle, the students at the school begin to turn against them en masse. After the media becomes aware that something greatly amiss is afoot at New Port South, Maddox and his team stage a massive revolt in a blistering display of possibly misguided rebellion, and when it comes to a climax, Maddox is put to the ultimate test as to his purpose and intent for the whole endeavor: Is he actually trying to change things for the better, or is it just to tear it all down for the sake of control?

A more progressive riff on The Breakfast Club or The Chocolate War, New Port South isn’t earth shattering like it wants to be, but it’s well made, involving to a point, and fun to watch for awhile as we try to embrace an unlikable protagonist. Writer James Hughes – the son of John Hughes – only wrote this one film that got made, so it’s fascinating in that regard; the son of perhaps the most influential coming of age filmmaker of our time has taken cues from his father and made it his own. Director Kyle Cooper, who is a visual artist, infuses his picture with tons of visual flare, and while it feels like the work of a first time filmmaker, it is memorable partly because of all the visual style. Seen in today’s mass shooting mentality, New Port South may feel trivial and silly, but for its time it may have empowered some.

Kino Lorber’s recently released Blu-ray of this title is presented in high definition, but only comes with trailers and 5.1 surround sound.