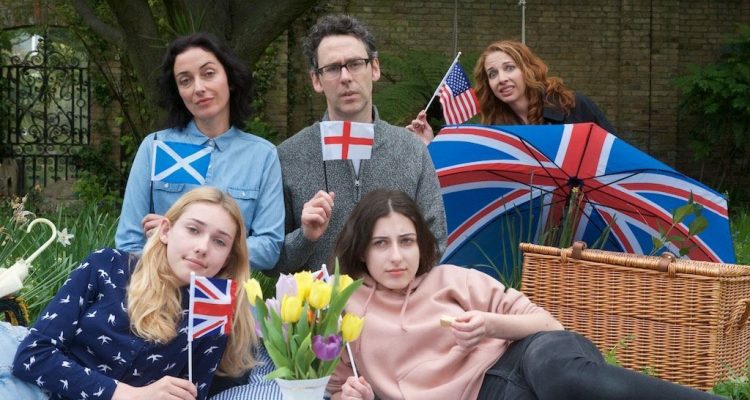 an irreverent new digital comedy series exploring the cultural differences between the U.S and UK will premiere at the Dances with Films film festival in September.

Starring, written, directed and executive produced by award-winning filmmaker Jessie McCormack, P*SS OFF, I LOVE YOU was inspired by McCormack’s own experiences as an American living in the U.K. All 6 episodes of the series were shot in London.

Sandy, a down-and-out New York TV host, is given an unexpected opportunity by her spirited, Scottish best friend, Gina  to move to London and host a series Gina is producing, exploring and confronting the cultural differences between America and the UK. Upon arrival, Sandy discovers the show’s budget has been slashed, forcing her to move into Gina’s cramped flat, along with Gina’s two tween girls and estranged English husband who can’t afford his own place. Working and living together, the two headstrong women from very different backgrounds discover the personal explorations and confrontations don’t stop when the cameras do.

The pilot (Episode 1) of P*SS OFF, I LOVE YOU will screen Saturday, Sept 5th at 3:15 pm PT and Sunday, Sept. 6th at 3pm PT as part of Dances with Films’ web pilots section.