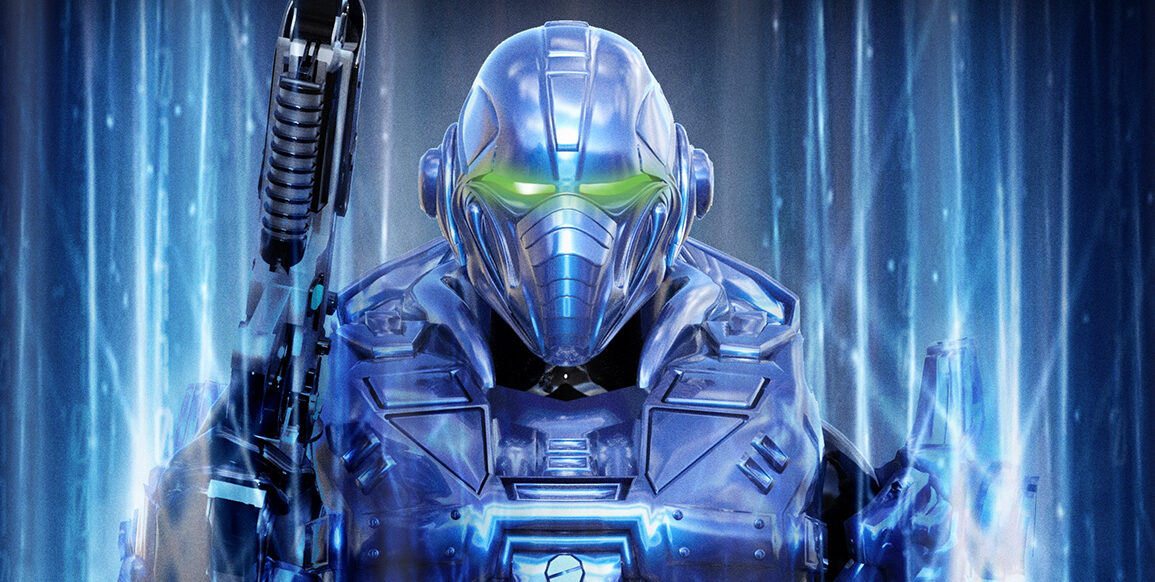 From schlockmeister filmmaker Dustin Ferguson, this was shot on camcorders, using home computer digital effects, non-actors, and bimbos and dregs he drug in from the street, and whole stretches of this 70-minute effort take place in nondescript stairways, hallways, conference rooms, and even a neighborhood dive bar he probably hangs out at.

An evil corporation in the future is preparing for war with humanity, but a New Model, fashioned in the ways of a former warrior and prophesied savior of mankind, is ready to defend the planet.

A three-minute opening crawl of text tries explaining the four previous Nemesis movies, which is no easy feat to do, and then it takes another three minutes of wasteland footage before some stuff starts happening. Then, at the 11-minute mark the opening credits show up and interrupt the action. Turns out Alex Sinclair (Sue Price reprising her role from parts 3-4) did indeed have a destiny, and that was to train and prepare another chosen child to make ready for the war with the evil cyborg Nebulas sent back in time (or forward to the future, I can never figure it out). The New Model Chosen One is played by a Goth-looking girl in short pants (Schuylar Craig, not a bodybuilder like Sue Price was), and when she comes of age she tries defending a crummy looking apocalyptic Earth from an organization intent on using their Red Army Hammerhead cyborgs to dominate the future by wiping out mankind … or just the people who are Chosen Ones who are supposed to save the future (or the past, I can’t figure it out).

Just when we least expected it, some guy made another Nemesis movie, but it’s a pale, sickly version of what Albert Pyun did, even at Pyun’s paltriest attempt with the least of the sequels. This one, from schlockmeister filmmaker Dustin Ferguson, was shot on camcorders, using home computer digital effects, non-actors, and bimbos and dregs he drug in from the street, and whole stretches of this 70-minute effort take place in nondescript stairways, hallways, conference rooms, and even a neighborhood dive bar he probably hangs out at. It doesn’t pretend to be much at all beyond a fan film that got distribution, but he managed to attract Sue Price to do a few cameo scenes (her character vanishes and never returns after the first few minutes), and he convinced Albert Pyun to bless the project with an “Albert Pyun Presents” type of credit. God bless Albert, but this movie is all curses.

Recently released on DVD, Nemesis 5: The New Model comes with a cute little 2-minute interview with Sue Price, which is nice, and there’s another interview with Schuylar Craig. There’s also a music video, and the trailer on the disc. 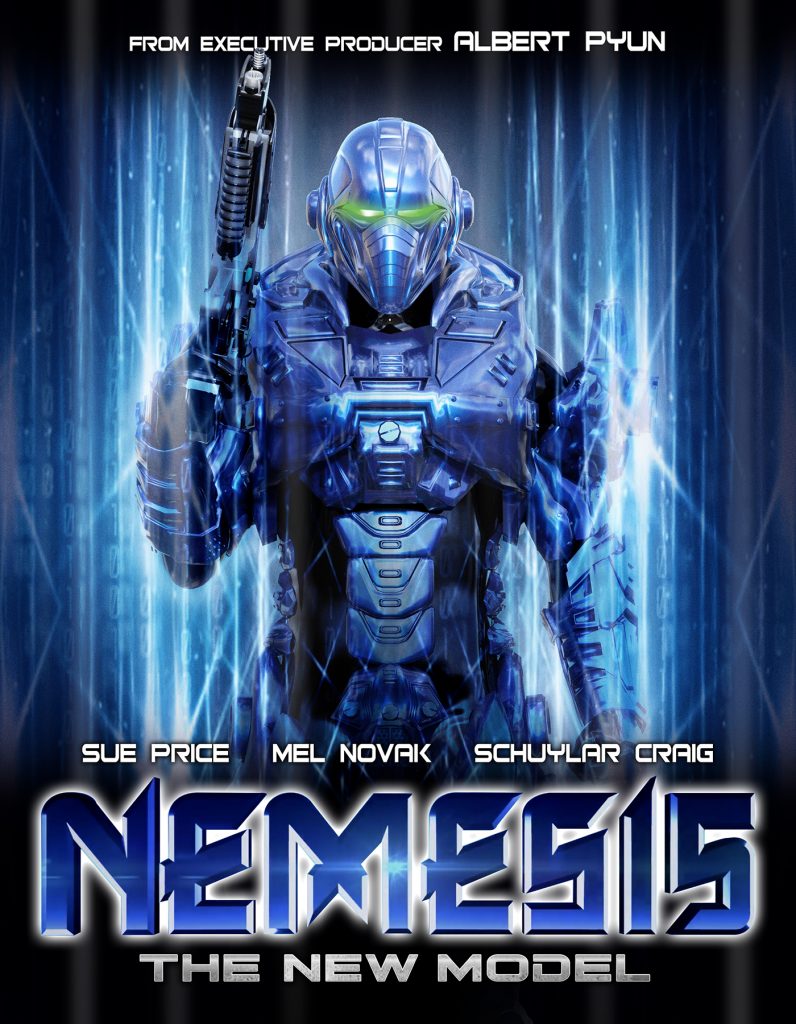