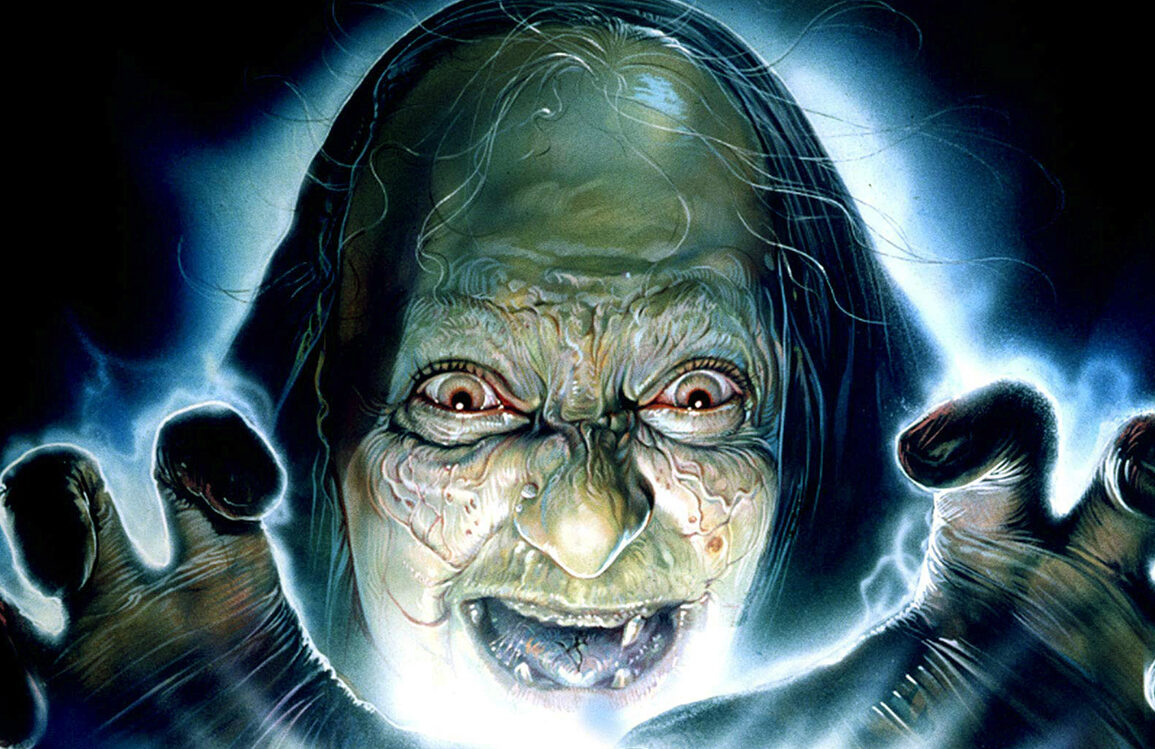 Filmmaker Claudio Fragasso (a.k.a. “Clyde Anderson”) really tries throwing the spaghetti against the wall to see what would stick. When it’s all said and done, it’s a weird and generally creepy movie thanks to the disturbing nature of the plot and Mary Coulson’s demented performance.

A minister and his family move into a house, only to find it has been cursed by a demented serial killer who murdered a bunch of children.

Father George (played by David Brandon) tries administering last rites to an insane serial killer just before she’s executed. She is a bald Satan worshipping sicko named Bette (Mary Coulson) who murdered a whole school bus full of children, and she hands the priest her Satanic journal and curses him to hell. When she’s executed, Father George goes a little crazy and loses his faith and wanders the streets in a drunken stupor. Meanwhile, a minster named Peter (Gene LeBrock) and his wife and two children move into a house, and almost right away, the house reveals itself to be a cursed piece of ground where Bette and a coven of witches performed unspeakable atrocities, and now have their malevolent spirits setting their sights on Peter’s two young children. To save the day is a bedraggled Father George, who has been drawn to the evil of the house, and he and Peter must exorcise the house and redeem Peter’s children from damnation before they are whisked away to hell.

Part Poltergeist and part Exorcist, Beyond Darkness is a serious-minded exploitation horror film that sort of manages to get under your skin with its creepiness and style, but held up to any amount of scrutiny it’s a complete and utter shambles from a story point of view. None of it ever makes any sense, but it’s executed with conviction and a one-track (if a little scrambled) mind, and filmmaker Claudio Fragasso (a.k.a. “Clyde Anderson”) really tries throwing the spaghetti against the wall to see what would stick. When it’s all said and done, it’s a weird and generally creepy movie thanks to the disturbing nature of the plot and Mary Coulson’s demented performance. Better in every way than Fragasso’s notorious turkey Troll II, Beyond Darkness is definitely for fans of Italian-made horror from the late ’80s and early ’90s.

Severin recently released a Blu-ray edition of Beyond Darkness, and while this was previously released on Blu-ray in a double feature form from Scream Factory, this standalone release has new bonus features, including the soundtrack on CD. Special features include a new interview with Fragasso, a new interview with David Brandon, and a new interview with the screenwriter. The trailer is also included. The presentation of the film in high definition is about on par with Scream Factory’s release, but the real reason to get this one is to add the soundtrack by Carlo Maria Cordio to your collection. 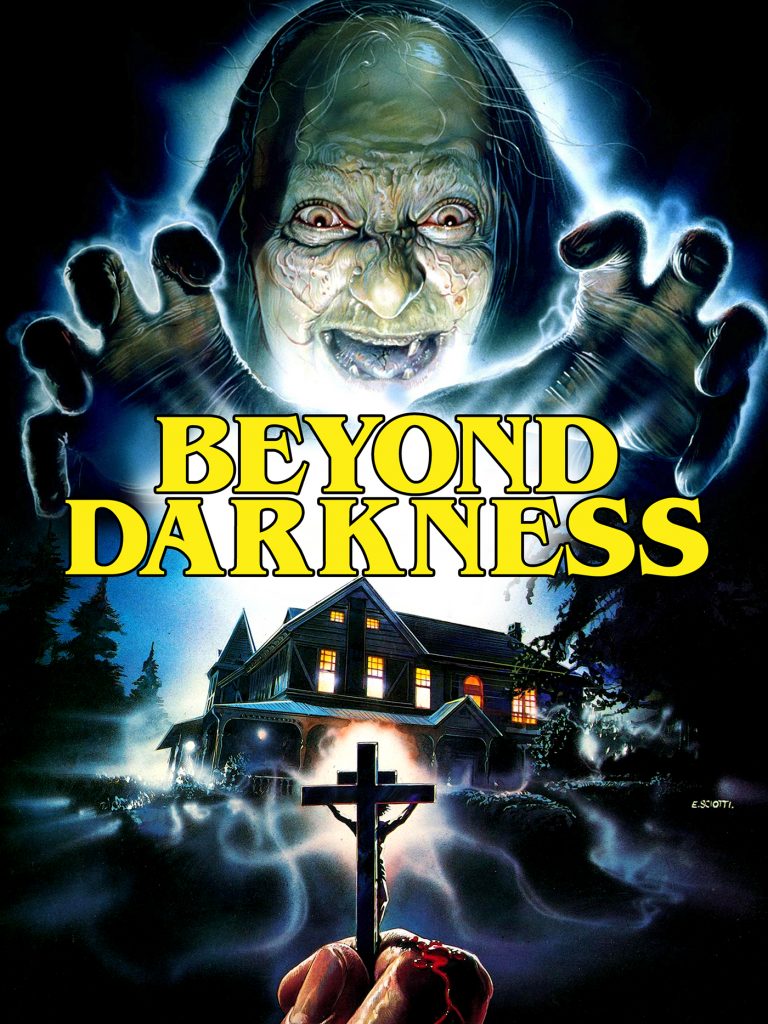