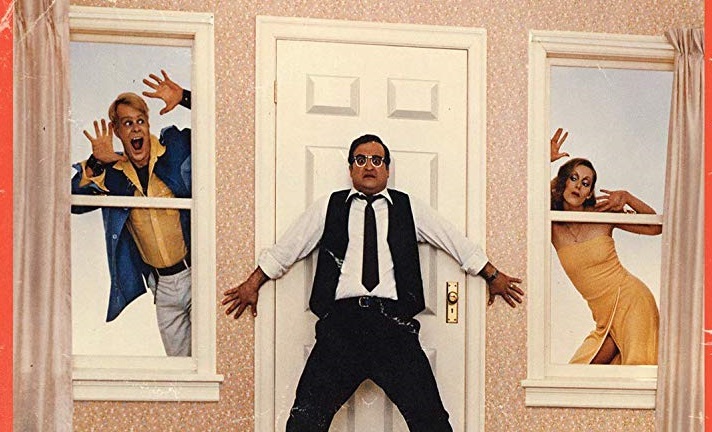 Neighbors is an epic fail as far as comedy goes. Not once did I laugh or smile, and it consists of potential howlers for comedy routines, but Belushi didn’t go for laughs, and while Aykroyd goes for skeezy and awkward, he never can elicit a laugh with this material.

Plot: A quiet man’s peaceful suburban lifestyle is threatened by the new, obnoxious couple that moves in next door.

Review: A complacent fuddy duddy named Earl (John Belushi in his final role) is shocked one night when the house next door has some bustle with unannounced new neighbors: Vic (Dan Aykroyd) and his wife Ramona (Cathy Moriarty), a pair of wackos if ever there was one. Before the night is over, Vic and Ramona will have turned Earl’s world upside down with some (literally) insane antics. Poor Earl, who’s drab life consists of nothing but sad routine, is suddenly at the center of Vic and Ramona’s efforts to upend his suburban expectations, and that includes infidelity, lies, violence, extortion, humiliation, and just about anything Earl never thought he’d be privy to. By the next morning, both of their houses will be burned to the ground, and Earl will be a changed man thanks to his new “neighbors.”

Whoever gave Neighbors a green light must have thought it was comedy gold on paper: It reteams the stars of The Blues Brothers, has an interesting catchy concept, and had the director of Rocky behind it. John G. Avildsen, an accomplished filmmaker, was given this material and had no freaking clue how to make it work. Neighbors is an epic fail as far as comedy goes. Not once did I laugh or smile, and it consists of potential howlers for comedy routines, but Belushi didn’t go for laughs, and while Aykroyd (in my opinion, a very acquired taste) goes for skeezy and awkward, he never can elicit a laugh with this material. That said, the idea behind the film is a fascinating comment on suburbia and human behavior, and therefore it’s a movie worth watching once. Why anyone would need to see it twice is beyond me. Bill Conti, a great composer, provides the amusing score.

Mill Creek has recently released Neighbors on Blu-ray, and it looks and sounds nice in high definition, and since it’s affordably priced (at under $10.00), it’s worth picking up it if you can’t rent it anywhere. It’s part of their kitschy VHS-styled packaging, but doesn’t contain any special features of any kind. Note to Mill Creek: There’s a bad typo on the back of the slipcover. 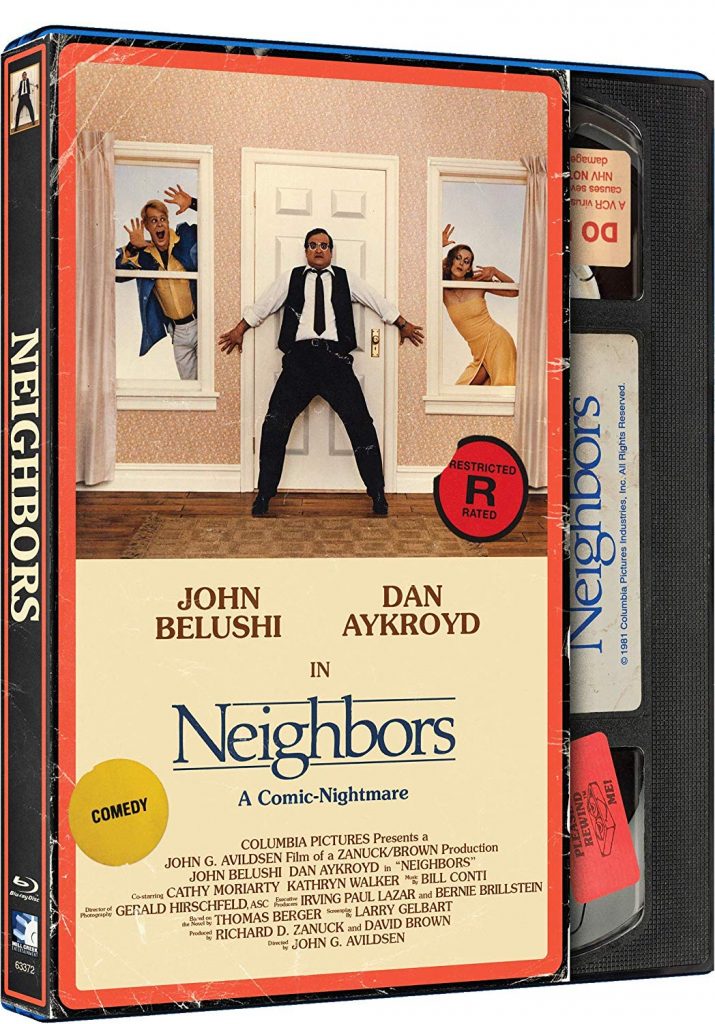