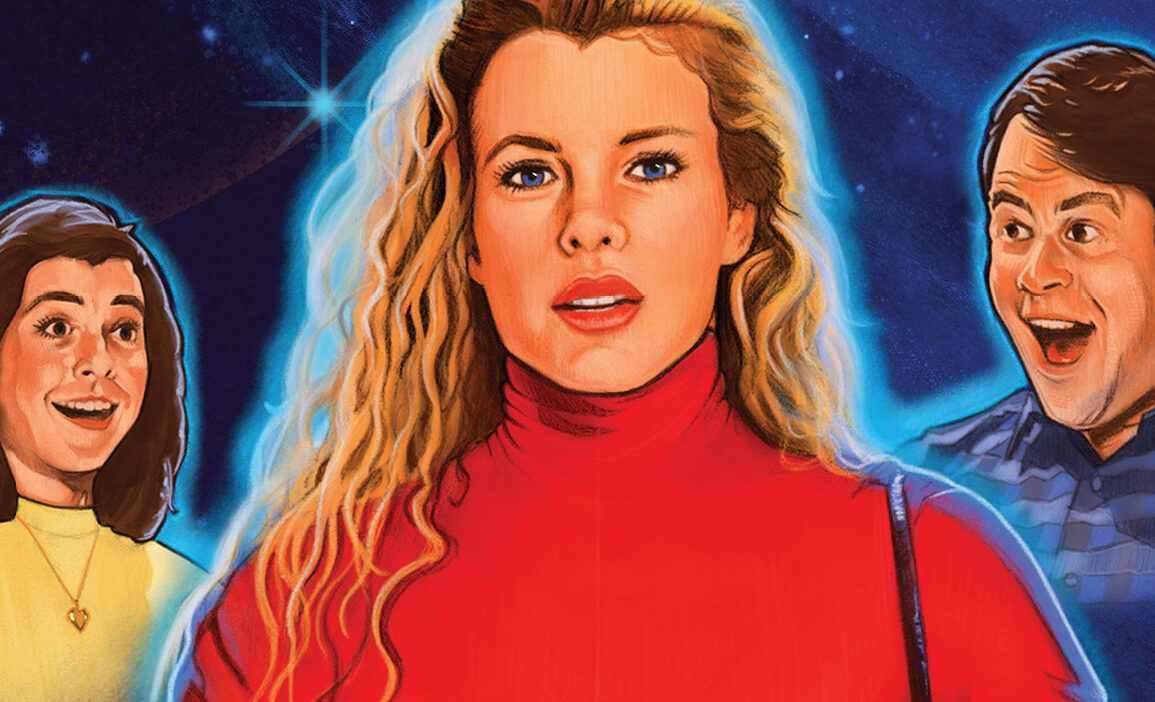 My Stepmother is an Alien (1988) Arrow Video Blu-ray Review

With Alan Silvestri’s upbeat score and a really likable performance by Basinger, this movie retains some value as a comedy.

An astronomer sends out a message to deep space, and the call is unexpectedly answered by a smoking hot alien, who ends up marrying him … with ulterior motives.

A widower and single father astronomer named Steve Mills (Dan Aykroyd) manages to capture lighting in a bottle when he sends a message to deep space that miraculously goes beyond our galaxy and reaches an alien race. The aliens send an emissary – a stunningly beautiful alien named Celeste (Kim Basinger) and her sidekick Bag (an elongated eye in a purse that works like an iPhone with encyclopedic knowledge) – to find out who sent the message from Earth so that he can replicate the transmission, which would potentially save her planet from destruction. When she meets Steve, he’s instantly smitten with her, despite how strange her behavior is, and within a day, he’s not only head over heels in love with her, but she ends up becoming his wife after he begs her to marry him. Ditzing and clutzing her way through Earth customs (while secretly drinking battery acid and chugging on batteries for energy), Celeste only cares about getting Steve to replicate the transmission, and in her pursuit for his compliance, she accidentally reveals her true origins to Steve’s 13-year old daughter Jessie (played by Alyson Hannigan) who desperately tries convincing her dad that her stepmom is an alien … but he’s not buying it. With time running out to save her planet, Celeste will need to amp up the pressure, and will do just about anything to get Steve to do what she needs done, even if it means bending the laws of physics and exposing who she really is to him.

A goofy, high-concept comedy in the vein of Weird Science and Overboard, My Stepmother is an Alien was a staple on TV and video throughout the late 1980s and 1990s. This movie always seemed to be playing somewhere, and watching it for the first time since childhood for this review, I would say that the movie hasn’t aged very well, but still manages to evoke a sense of nostalgia of a more “innocent” era, but you see, that’s where this movie’s problem lies: It’s not that innocent. From director Richard Benjamin, who later made a weirdly creepy romantic comedy called Milk Money about a prostitute, the kids she befriends, and a single dad who ends up falling for her, My Stepmother has the same off-kilter point of view, and Bassinger’s character is cute and lovable, but what if they’d made her a little “plainer” and more relatable? Aykroyd’s character is so overeager to kiss her and have sex with her, that it becomes a little icky. She’s basically a pleasure alien, and while that might be fun in a hard R-rated comedy, in a family-friendly movie (it’s rated PG-13, like Milk Money was) it just feels like a strain and a distraction. Still, with Alan Silvestri’s upbeat score and a really likable performance by Basinger, this movie retains some value as a comedy. Jon Lovitz co-stars as Aykroyd’s brother, an even ickier character than Aykroyd plays.

Arrow Video recently released My Stepmother is an Alien onto Blu-ray, and while I would wonder out loud why specialty label Arrow might release something as mainstream and middling as this, I could also offer my appreciation that they did. They’ve done a new 2K restoration from the original camera negative, offering a new interview with Richard Benjamin, and a new commentary by a film critic, plus include the trailer, an image gallery, a reversible sleeve, and an insert booklet. 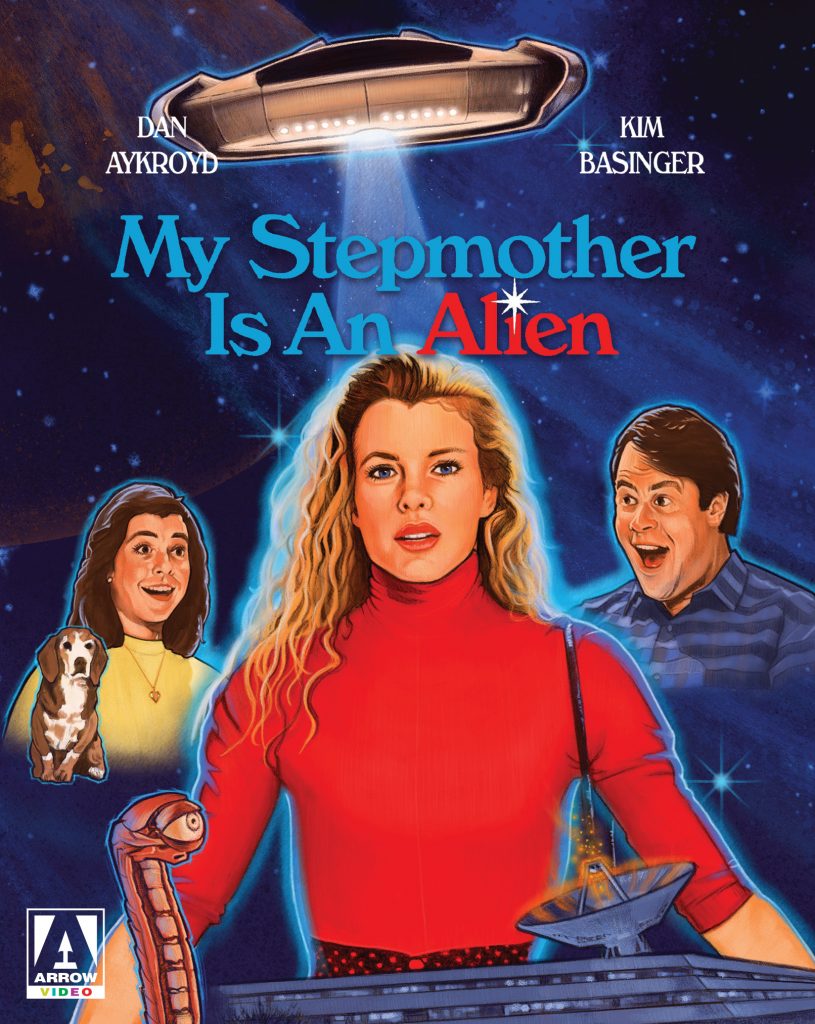