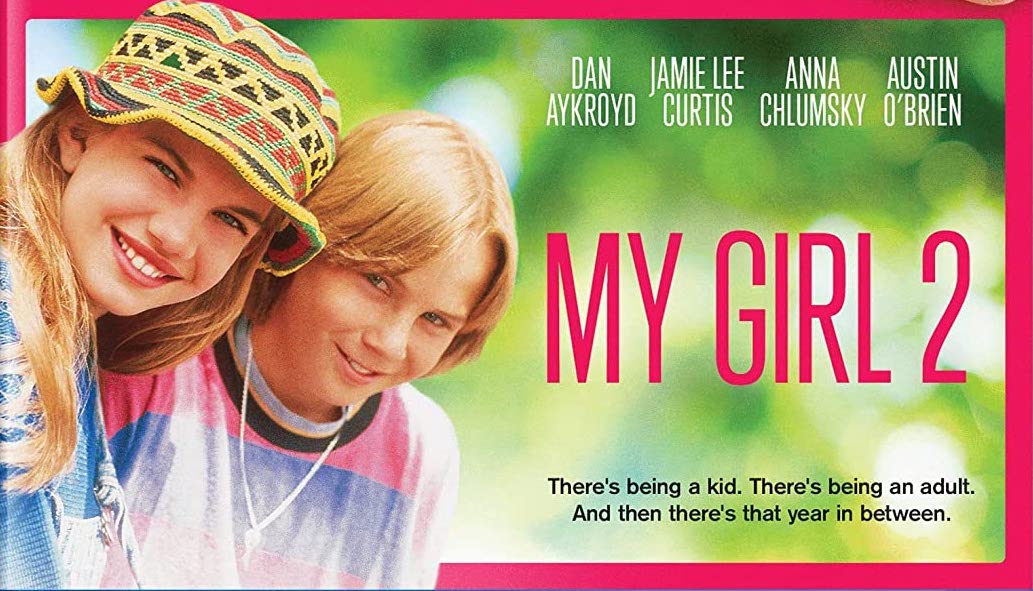 A very agreeable double feature package of two sweet coming of age movies from the ’90s, both in nice high definition transfers from Mill Creek.

Vada Sultenfuss (Anna Chlumsky) is an eleven year-old spitfire who lives in a funeral parlor with her mortician father (played by Dan Aykroyd), a long-time widower who hasn’t thought of dating since his wife died giving birth to Vada. Vada’s best friend is a bespectacled boy named Thomas J. (Macaulay Culkin) who is a great sidekick, and since summer of ’72 is in full swing they spend their days exploring the woods, swinging on tree trunks, singing bop radio hits, and growing up together. Vada has long held a crush on her teacher (played by Griffin Dunne), who is teaching an adult English class during the summer, and Vada’s goal is to come up with the $35 entry fee to take the class, despite being far too young to understand the concept of romantic poetry and the classics. Vada’s father hires a recently divorced young woman (played by Jamie Lee Curtis) to be the makeup technician on the corpses that come in, and over the course of the next few months, she and her father fall in love and plan to be married, which sends Vada careening in a state of frustration and confusion. Growing up around the concept of death may have stunted Vada’s entire approach to life, and when something very serious happens to someone very close to her, her life will never be the same.

When I saw My Girl theatrically in 1991 with five of my best friends, we were all the exact same age as the two main characters in the movie, which made the movie a touchstone experience for me (I can’t speak for my friends). It captured something very real and sincere, and I remember how we all felt coming out of the theater, and it made a very vivid and lasting impression that I was never able to shake off. I deliberately never watched the movie again for more than 30 years, and when I watched it for the first time since then for this review, I was struck by how well it holds up and how nicely it has aged. Chlumsky might’ve been very green and inexperienced as an actor, but she manages to capture something very girlish and innocent in the movie, but what I liked best about it this time was its approach to the theme of death. It has strong moments that speak to the vibrancy of life, sweetly contrasting the powerful moments where death comes into play. Well acted by all with much nuance, My Girl still resonates even after all these years. From director Howard Zieff.

A young teenage girl sets out on an adventure of self discovery as she searches for clues as to who her mother was.

Pennsylvania teen Vada (Anna Chlumsky, blossoming into her own as an actress) is now in high school and with her father (Dan Aykroyd) and her stepmom (Jamie Lee Curtis) on the verge of welcoming their new baby into the home, she is feeling a little edged out and around with the fact that she’s got to give up her bedroom to make way for the new member of the family. With a school assignment to do a report on someone she never knew but that accomplished something great and with spring break coming up, she spends all her money on a plane ticket to Los Angeles to visit her uncle (Richard Masur, whose role got a big bump up from the first film this time) who is living near Hollywood with a spunky woman (played by Christine Ebersole) who owns a mechanic shop, with the sole purpose being for Vada to investigate the most important woman she never knew – her mother – who being an actress before she died giving birth to her might have accomplished something great during her lifetime. With virtually no information to go on (her father and mother had a two-week courtship, and he barely knew her), Vada teams up with her uncle’s girlfriend’s kid, a worldly wise 14-year old named Nick (Austin O’Brien) who shows her the ropes around Los Angeles for five days as they dig into Vada’s mother’s past. They uncover a lot, but also very little that is helpful, until they stumble into a revelation that will likely change Vada’s life forever.

A multi-layered drama with a smart and wise script by Janet Kavalcik, My Girl 2 does the first one much better by allowing Chlumsky’s character to mature and grow under very believable situations and dialogue, but without a trace of schmaltz. The film is incredibly appealing for a variety of reasons, one of which is great casting, and then another of which is great writing. Director Howard Zieff really hones in and locks his target in this time, and the movie scores a sweet bull’s-eye without any real flaws that I could detect. Better, stronger, and more layered than the first film, but also exactly the right companion piece to the better-known original, My Girl 2 had me smiling and chuckling even until the very end. 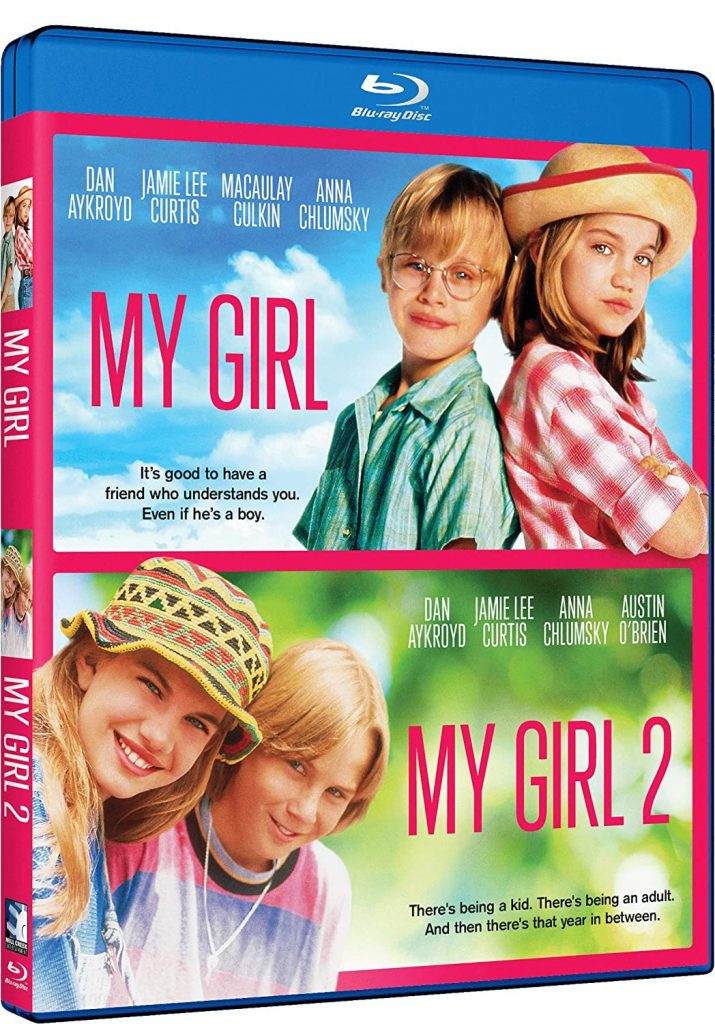