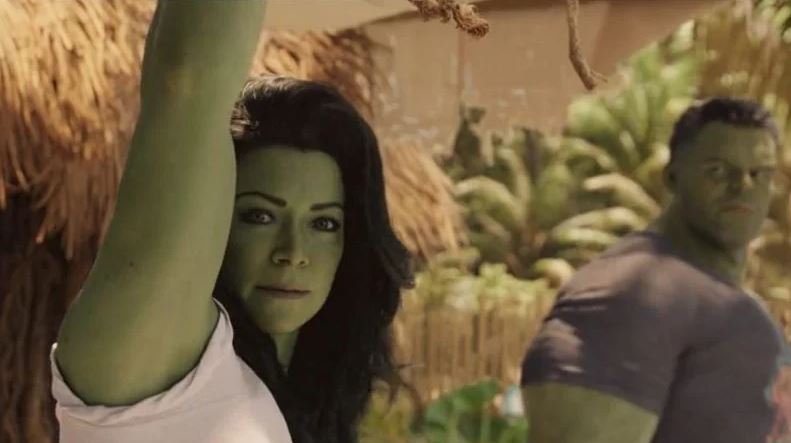 She-Hulk: Attorney at Law is a great standalone series that is enjoyable and charming for all kinds of viewers. Tatiana Maslany is a natural in this role and truly stands out in this sitcom-superhero show.

Plot: Attorney Jennifer Walters (Tatiana Maslany) lands a job specializing in superhuman legal cases, on top of navigating her ever-so complicated life as a 30-something single woman who happens to have gamma radiation flowing through her veins.

Review: She-Hulk: Attorney at Law is the newest TV series in Marvel’s phase four. While this post-endgame world feels like we are still connecting the dots between newer storylines, She-Hulk still manages to be incredibly entertaining as a standalone series. Tatiana Maslany is effortlessly charming as Jen Walters – a career-focused woman who just so happens to have gamma radiation flowing through her veins.

The episode structure follows a sitcom format, which naturally gives the show a more light-hearted approach to the superhero genre. What I found odd at first was She-Hulk’s direct commentary with the viewers, as she breaks the fourth wall. It didn’t really feel necessary to the story, but Maslany’s charm turns it from pointless to a quirky feature in the show.

The storyline itself is easy to get into, and perhaps more inviting than other MCU shows that focus on the “Marvel” spectacle instead of actual character. Here, She-Hulk’s origin story isn’t all that important; in fact, it feels like the jokey not-so-serious exposition was completely intentional. The show at its core is about female empowerment – Jen Walters is not merely a female superhero, but a career-driven woman in a modern society navigating a male-dominant environment.

Overall, the first half of the series is very enjoyable and has some great laughs (especially in the post-credit scenes). Definitely a series I would continue watching.

She-Hulk: Attorney at Law is available to stream on Disney+ starting August 18, 2022.