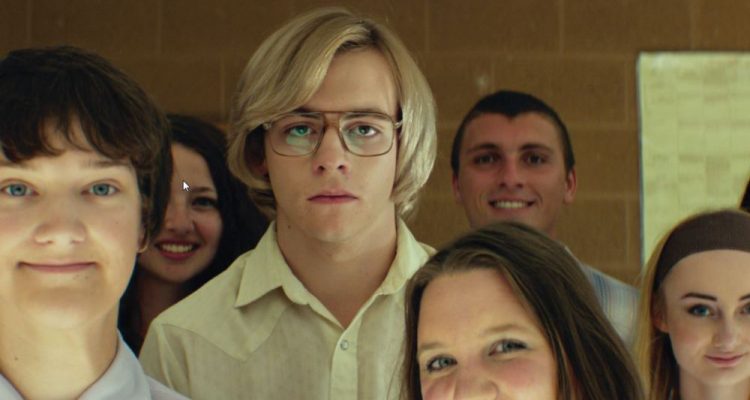 My Friend Dahmer is a challenging watch but it’s also infectious and one of the best coming of age dramas in a long time.

Review: In the late ’70s in Ohio, a socially withdrawn and disturbed teen named Jeffrey Dahmer (played by Ross Lynch) comes of age through a process of errors. His parents (played by Dallas Roberts and Anne Heche) are constantly at odds with each other, and with his mother having recently been released from a mental institution, Jeff and his younger brother are mostly left to their own devices. While his younger brother seems more or less “normal,” Jeff spends all of his free time in a shed on the wooded property he lives on. What he does in the shed reflects the sort of person he is becoming: he collects road kill and animals he traps in the woods and uses acid to break down the flesh of the carcasses, amassing a collection of bones. His father, who is aware of his hobby, can’t see what’s right in front of him, and as Jeff’s hobby turns into obsession, his life takes an unexpected turn at school where he begins acting out in strange, uncalled for outbursts in class and in the hallways. By turning himself into an object of spectacle, Jeff makes some new friends who see him as an anarchist, which they take advantage of socially. Jeff – who is used by his new friends – learns that he’s more alienated than ever before – and he skirts the razor’s edge of becoming a killer as his impulses turn darker and more deadly.

A fascinating coming of age docudrama based on the young life of real serial killer Jeffrey Dahmer, My Friend Dahmer is one of the strongest, most compelling coming of age dramas I’ve seen in a long time. Based on a graphic novel by Derf Backderf, whose classmate Dahmer really was, this film features a matter of fact, chilling, and yet sympathetic portrayal of the killer we all thought we knew. If you want to see something radically challenging and almost instantly infectious, check this one out. From director Marc Meyers.

MVD Visual is releasing My Friend Dahmer onto Blu-ray and DVD on April 10th. Special Features include an interview with star Ross Lynch, behind the scenes photos and a theatrical trailer.