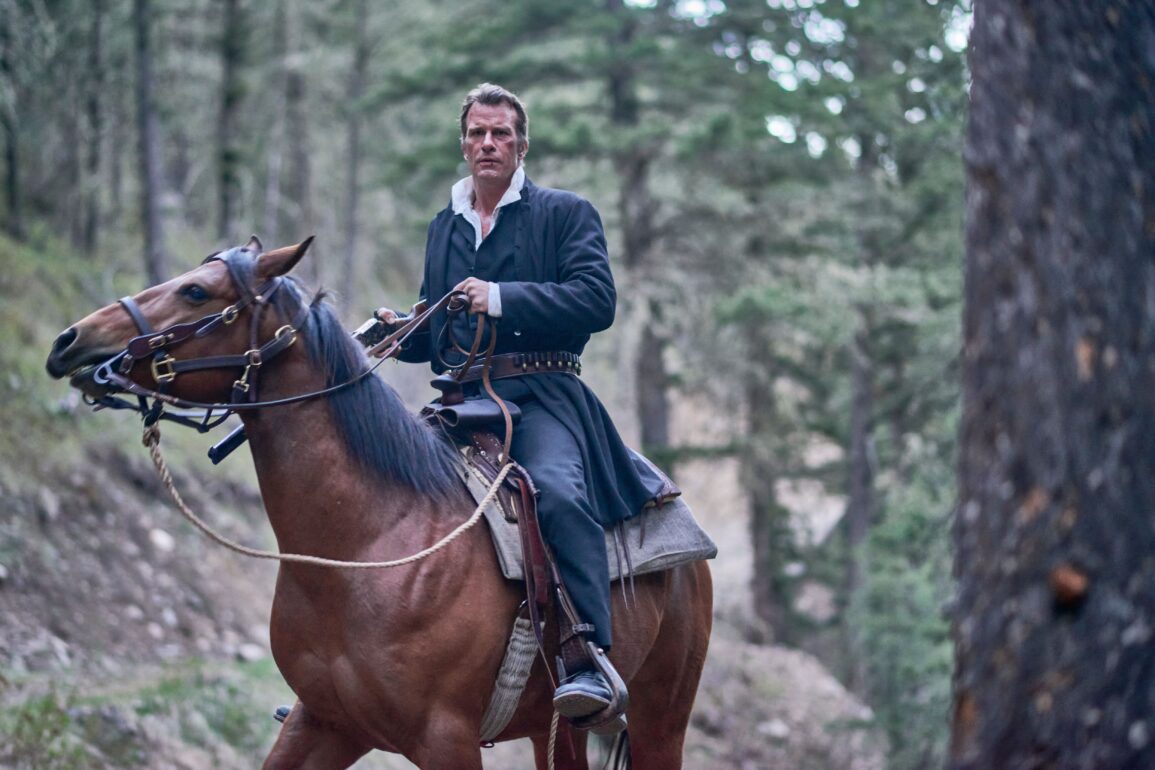 It resembles and mostly behaves like a western, but it’s too modernized in theme and execution to completely satisfy true fans of westerns.

A prospecting town is turned upside down when a local prospector strikes it rich, but is then murdered the same night, prompting the sheriff to assume that a drifter is to blame.

A fledgling prospecting town is virtually on its last legs when everything changes: A local prospector (played by Zach McGowan) strikes pay dirt when his claim reveals itself to be rich with gold. He heads straight to town, brags about his good fortune, and that very night he is shot dead on his way back to his cabin in the woods … and his bag of gold is taken. The sheriff, a dead serious widower named Ambrose (Gabriel Byrne), immediately focuses his attention on a drifter who recently wandered into town, a former slave who calls himself Cicero (Isaiah Mustafa). The dead man’s gold is found in Cicero’s possession, but it seems obvious to everyone but the sheriff that Cicero is being framed for the crime. The biggest advocate for the accused comes in the form of the town preacher, an ex-gunslinger named Thaddeus (Thomas Jane) who believes that not only is Cicero innocent, but that there’s a sinister plot at play in the town, especially when Cicero is deliberately let out of jail and blamed for another murder. With Cicero on the run, only Thaddeus and his wife are willing to harbor a fugitive, and with more murders occurring, Sheriff Amrose’s rage amplifies when he refuses to acknowledge the possibility that he’s been wrong all along. The suspects are in plain sight: Could it be the town bartender (played by Richard Dryfuss) who has a secret he doesn’t want revealed, could it possibly be the sheriff’s own son (Natt Wolff), or the prospector’s widow (Scottie Thompson), or someone else clearly intent on getting what they desire?

Overlong at more than two full hours, Murder at Yellowstone City treads a simple and easy to follow path to a foregone conclusion which reveals itself at a stage far past the point when you’ve already figured it all out. It also has some woefully misplaced modern-day agendas at the forefront and in the periphery, which makes it a distracting film to watch if you’re a western film enthusiast. It tries injecting some unnecessary subplots into a tried and true formula, which only clutters the proceedings, but what’s best about it is some choice casting. It’s nice to see Thomas Jane in a solid leading role again, and not just relegated to a quick supporting appearance, and Gabriel Byrne – while looking a little creaky – does a pretty good job as the stubborn old sheriff. I don’t really have much else to recommend about the film despite how competently directed and shot it is. It resembles and mostly behaves like a western, but it’s too modernized in theme and execution to completely satisfy true fans of westerns. From writer Eric Belgau and director Richard Gray. 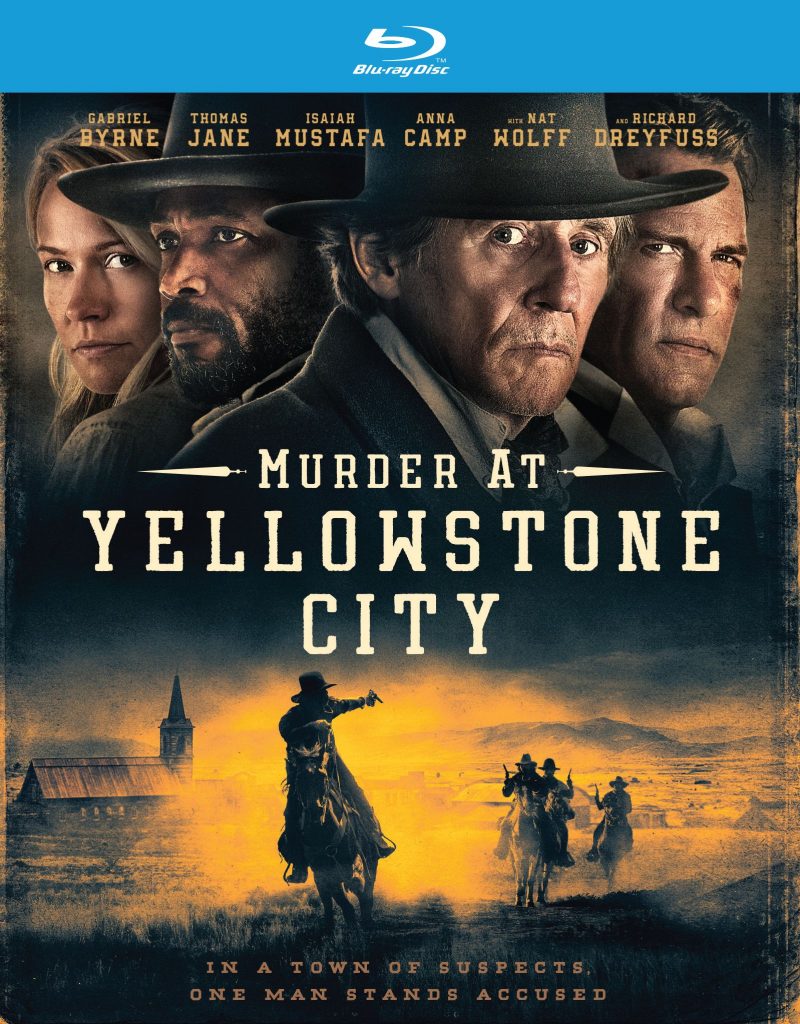