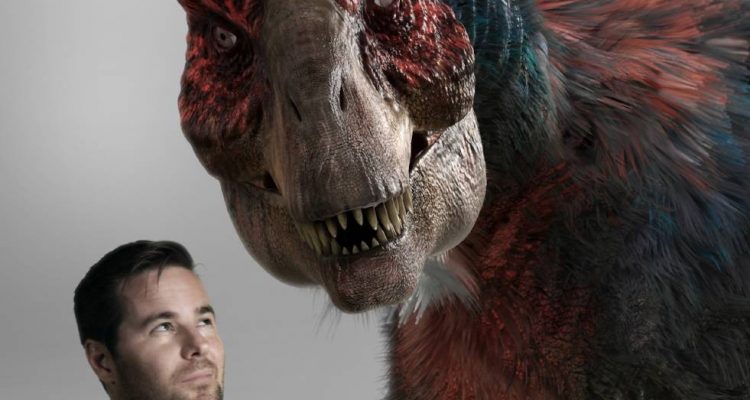 Emmy winner Matt Drummond (Dinosaur Island) returns to the realm of prehistoria with My Pet Dinosaur, opening in theaters in April.

How did you getting into filmmaking?

I was running my visual effects studio, Hive Studios doing a lot of documentary work and around the time of the GFC it became clear there was a natural progression of studio’s and networks moving their visual effects in house, so we looked at the marketplace and decided we needed to start making our own content. We were originally planning a move into television, specifically in the documentary space as this is where we had been doing most of our visual effects work. I was living in Vanuatu at the time working on a project for National Geographic and after a chance meeting I met with the renowned Hollywood Producer, Paul Mason who incidentally was living just around the corner from me. He recommended we start making films and when Paul Mason tells you to make a film, thats exactly what you do!

What came first – the filmmaking or the effects work?

Definitely the effects work. I had been in the visual effects industry for about 20 years prior to my first film, Dinosaur Island.

Any filmmakers who helped you learn the ropes?

From very early on in my career I have worked with Dr Richard Smith who is a noted documentary filmmaker. I consider him my mentor as his guerrilla style of filmmaking is something which I have keenly adopted in my filmmaking model.

Would a movie like My Pet Dinosaur be possible to make had it not been for such major advances in technology?

No, Digital camera’s and lighting advances have now paved the way for smaller crews and budgets. Better rendering technology has meant that we could more quickly visualise the creatures and faster machines have led to quicker turn around times in post production.

How hard is it to craft those effects? Taking some time to get it to look perfect?

The effects are highly involved. In order to create Magnus, the lead creature, a new in-house digital muscle and skin system was developed specifically for this film. There’s a real balance between efficiency and realism with everything from the animation through to the rendering.

What’s it like working on a family film? Are the sets kept light and fun? I imagine they’re not as serious and emotionally-demanding as a drama might be?

Working with kids isn’t as hard as its made out to be. Firstly working on set with children is a little different. Apart from the working hours etc. We have to very closely examine and reduce any risks. Our sets are fun but by really getting to know the cast before we shoot helps a great deal. The kids on set bonded really well and are still in contact which is lovely. Having the right personnel on set and keeping the energy levels up is key to ensuring the more demanding and emotive performances are memorable. Patience is the key. At least one thing per day will go wrong. Never lose your cool. My mantra on set was “well… that’s just whats happening right now”

What are some recent family films you might recommend to the audience?

I would have to say Super 8 and Jungle Book are fantastic family films I would highly recommend.