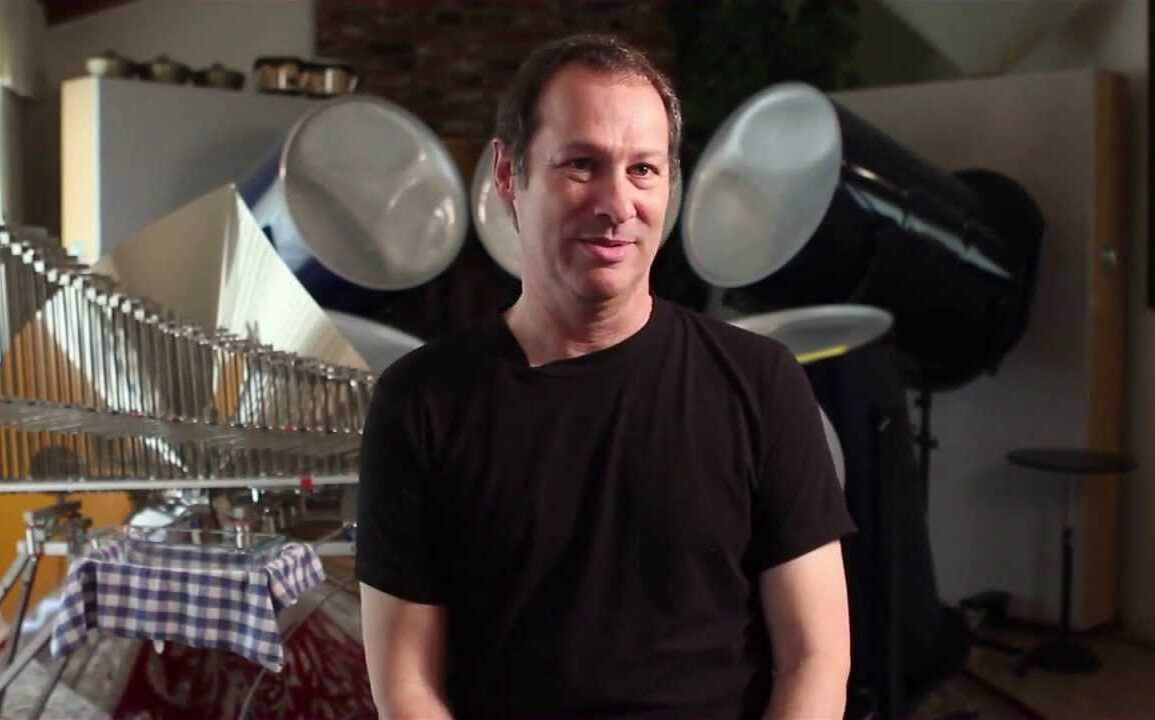 Interview with Drive and The Neon Demon composer Cliff Martinez

Innovative and diverse, Cliff Martinez is one of Hollywood’s most interesting film composers, and having worked with some of the most progressively fascinating filmmakers of our time like Steven Soderbergh, Joe Carnahan, and Nicolas Winding Refn, Martinez is always pushing his boundaries as a composer, delivering some of the most vibrant scores of the last several decades. His three scores for Refn’s latest three films – Drive (2011), Only God Forgives (2013), and this summer’s The Neon Demon – are some of the best examples of electronic film scoring to be composed for the modern era. In this interview, Martinez discusses his work with Refn and how he’s adapted his unique style to the synth wave movement.

I’ve been a fan of yours since hearing your scores to Kafka and King of the Hill twenty years ago. I love those scores.

You know what, I listened to Kafka the other day, and I was thinking, Man, I have lost my edge. That was a really … you do a lot of things when you don’t know exactly what you’re doing. You kind of reinvent the wheel. I thought that was a really cool score. So is King of the Hill, which is one of my favorite Soderbergh movies. It’s really underrated, but it’s kind of the one film where he allowed himself to get warm and emotional, I thought.

These later scores you’ve been doing with Nicolas Winding Refn are a totally unique side of you we’ve never heard before. To my ears, these scores are very unique for you. How did you get chosen to work on Drive?

The connection to Nicolas came by way of The Lincoln Lawyer. I had worked on that, and the head of Lakeshore Music was friends with Adam Siegel, who was one of the producers of Drive. I’d heard different stories that Nicolas didn’t even want a composer on Drive. He wanted to have songs, but after a bit of a debate, he decided to try to work with a composer. Nicolas had done about a half a dozen movies, and he’d done it with either creative sound design from the sound department and a combination of store bought songs. So this was a change for him, and he was by no means a new director, but it was a new step for him. So I was recommended to Nicolas, and I’d done a video sample, and Nicolas said, “Yeah, I want to meet this guy.” We hit it off. We went out to sushi. He showed me the film, which was actually a locked picture; it was a pretty advanced cut of the film. I fell in love with it. I was pretty excited, though I knew nothing about Nicolas himself. When I saw Drive in its almost complete form, I just fell in love with it.

When I think about Drive, one of the most immediate things I think about is the music. I would say the same thing about Only God Forgives and The Neon Demon. Music is such an integral part of these three films, and you’re the magic, unseen element in all three. You’re virtually a star player in these films.

Well, I’m flattered that you think that. Part of the fun of working with Nicolas is that he has increasingly pushed the music. He’s a very music-centric filmmaker beginning with Drive. And then with each subsequent film, he has kind of pushed the music further and further into the foreground to the point where in Neon Demon, there’s like a seven-scene sequence strung together with nonstop music, which normally I don’t think is a good idea. And there are a lot of scenes where nobody’s talking, and when that happens, you naturally look to the music. It seems to carry a lot more weight or have a juicier role or however you want to look at it. I credit Nicolas for putting the emphasis on the music like that. The music gets to be a character in itself. That is of Nicolas’s making.

When Drive came out, the synth wave movement was still kind of underground, but now I’m hearing it everywhere. Movies are copying the Drive sound. Would you say something about the emergence of synth wave and the hearkening back to the ’80s in terms of synth music?

I think at the time that Drive came out in 2011, I remember that after I saw the film, the locked cut, I’m standing there with Nicolas and Adam, and Nicolas said, “What do you think of the songs?” I could tell that it was a loaded question. Some of his financiers didn’t think those songs – those four or five songs – that were kind of ’80s synth pop … they didn’t think that was cool or trendy. I didn’t know what to make of it. I just knew that it was a strong musical statement, a strong musical gesture from Nicolas. Only in hindsight do I think I recognize that he was anticipating a musical trend. It was much more popular in Europe. M83 was big in the underground, semi-overground kind of way. I think he was ahead of everybody. I thought that usually the songs and the score would go their own separate ways, but I think it would be smart to use that as a style blueprint for the rest of the score. I guess I’m not a big consumer of pop music, so I’m not as acutely aware of the trend of the influence of electronics in popular music, but it’s definitely becoming more popular in film music.

You’ve adapted to it so well. The Neon Demon has a seamless transition between some pop songs and score. Same thing with Drive. You’ve got your own synth wave sound now. Does that make sense?

Yeah. That’s to address the most important thing … longevity in the business. You’ve always got to cultivate your inner teenager, and enjoy the work. Which is not always the case. When you’ve got a job, you’ve got deadlines and pressures and people looking over your shoulder. Sometimes it becomes a job and less fun. To have fun you have to kind of reinvent yourself. Don’t do the same thing over and over. I don’t know how many times I’ve been asked to do something similar to Drive. Never from Nicolas. But you have to explore new stuff even though it’s kind of a luxury to get typecast. “The comedy guy.” “The horror guy.” “The electronic guy.” You’ve got to keep expanding.

When Drive came out, the hardcopy CD was selling out all over the place. Everywhere I went it was sold out. Personally, I prefer to buy and own CDs over downloaded albums. I’m going to buy the CD to The Neon Demon ASAP. Any comment about hardcopy media these days? It’s fading.

Maybe it’s just because I’m a senior citizen, but I tend to keep my stuff on CD. Although, I’ve got to say I’ve got so many CDs, they’re scattered all throughout the house. The only stuff I can find is the stuff that’s been downloaded. But I still like the CDs. After Drive came out on vinyl, I bought a turntable. I kind of like that. I like the big piece of artwork. I like having something I can throw on my coffee table. It’s some sort of indication of who I am. My new thing is the vinyl thing. I’m on board with that.

How would you compare the scores to the three films you’ve done for Nicolas? I kind of feel like the music to The Neon Demon is a brother or sister score to Drive.

With each subsequent film, Nicolas has always said, “I don’t want anything that sounds remotely like Drive because I’m not going to make a film anything like Drive.” He said that again on The Neon Demon and he compared it to the two previous films we’d done together. I think both of us have a pretty strong artistic identity that we can’t escape. I’m glad you think this score is different, but we both say we’re going to do something completely different, but I don’t think I can escape whatever it is that I sound like. To me it sounds like Drive, which has been my most successful soundtrack, but to me Drive sounds like a direct descendant of Sex, Lies, and Videotape. To me, that’s what it sounds like. Having made it, I felt that they were very closely related, but no one has ever compared the two. The three things I’ve done for Nicolas, there’s a strong relationship between all three. They’re very electronic, they’re very minimal, and they’ve gotten progressively more memorable and melodic, and more the stuff of real music. To me, The Neon Demon is kind of a feminine film, so I was trying to tap into my feminine side.

The Neon Demon is a polarizing film. When I watched it I wasn’t sure how I felt about it, but on my way home I decided I really dug it. I heard the music in my head all the way home. It resonated. It carried the images all the way back home. What do you want to say about the film and how you hope audiences will receive it?

Hmm. That’s a tough question. I know it’s a challenging film. I don’t know what the consensus is. My process is pretty isolated. Last night was my first night out of the house with a crowd of people who had seen the film. So I don’t know how difficult or commercial or uncommercial it actually is. I’m so in love with it. I recommend it to people. I don’t always do that with the films I work on. I may have some reservations about the movies I work on. I would just say go see The Neon Demon.