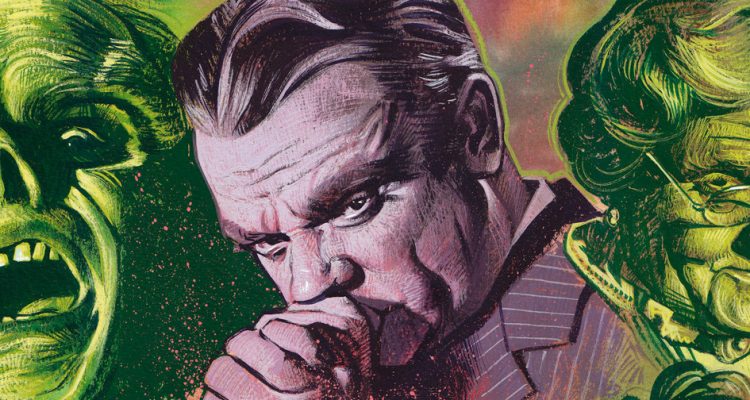 A heartfelt ode to one of silent cinema’s great icons, Man of a Thousand Faces gave James Cagney a chance to flex his acting muscles beyond his usual persona of tough guys and gangsters.

The true story of a vaudeville performer who became one of the greatest – and very first – horror movie icon.

Raised by deaf parents in the late 1800’s and around the turn of the century, Lon Chaney (played by James Cagney) got into vaudeville at a young age and became a master of the pantomime thanks to learning how to behave in silence since a young age. His fame as a stage clown became renowned in the Midwest and in New York, but when he and his first wife Cleva (Dorothy Malone) give birth to their son Jr., it creates a great deal of friction between them because Cleva is far more concerned with her looks and appearances in her career as a singer than caring for a child. Lon is forced to fight for the right to have custody of his son, but first he has to maintain a career and a household suitable for a child’s upbringing, and so he heads to Los Angeles on the advice of his agent, who encourages him to get into “pictures.” Lon, already a seasoned actor and a master of make-up artistry, very quickly establishes himself as an essential worker in silent films where casting agents immediately see his potential as a “man of a thousand faces” with his constantly changing appearance from his own makeup work. On a day to day basis, he books all sorts of jobs, from pirate films to dramas, and then when he takes on the role of The Hunchback of Notre Dame, he becomes an icon of horror, later starring in one horror film after the next, the most iconic of which is The Phantom of the Opera. Meanwhile, his home life becomes complicated when he marries another woman who loves him and his son, but Jr.’s mother constantly throws monkey wrenches into their solace by showing up unannounced and declaring her desire to be a mother to Jr. again.

A heartfelt ode to one of silent cinema’s great icons, Man of a Thousand Faces gave James Cagney a chance to flex his acting muscles beyond his usual persona of tough guys and gangsters. He plays a devoted family man, and the best parts of the film aren’t necessarily the ones that showcase the makeup effects (although those scenes are excellent), but where Chaney interacts with his deaf parents and dealing with deafness. A Hollywood film about a Hollywood legend, this film covers its bases and treats Chaney with a gentle touch. I have no idea how accurate the movie is, but it feels right, and is kind of a backstage pass on a very early era of film. From director Joseph Pevney.

Arrow Academy’s Blu-ray release of Man of a Thousand Faces features a new restoration of the film, and contains a new audio commentary by film scholar Tim Lucas, a newly filmed look at Chaney, an image gallery, the trailer, and new artwork (which is reversible) by Graham Humphreys. 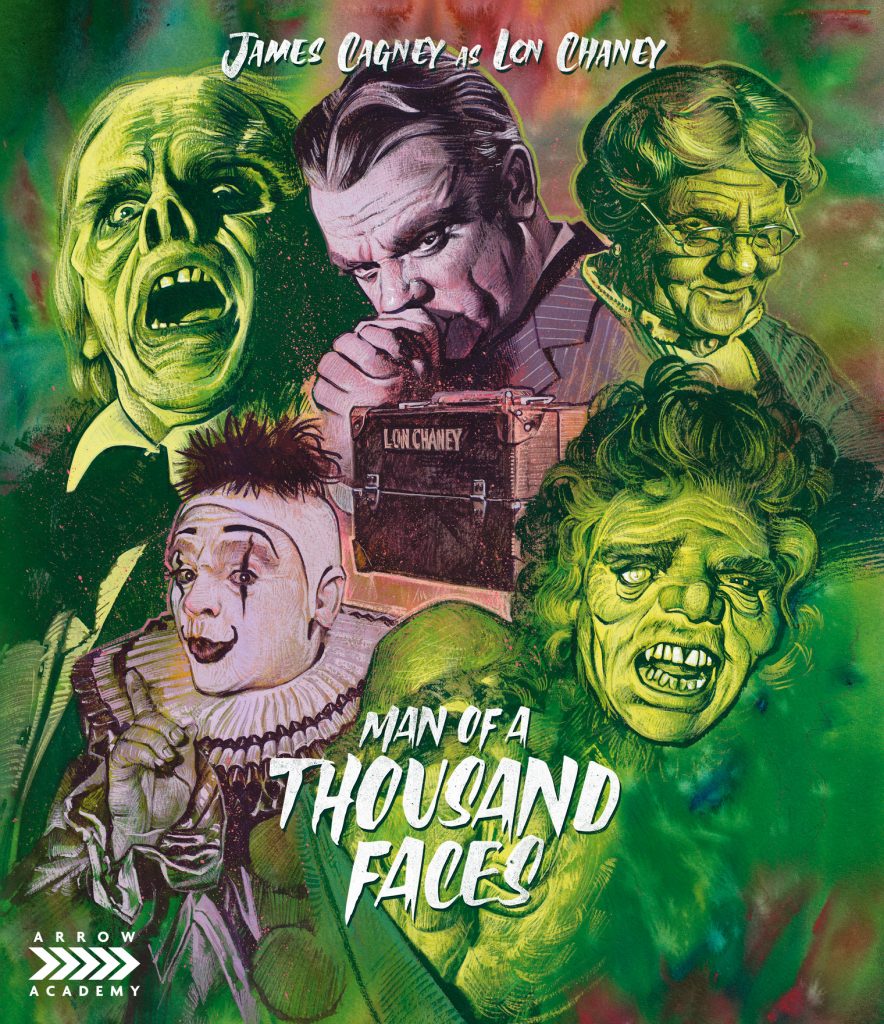