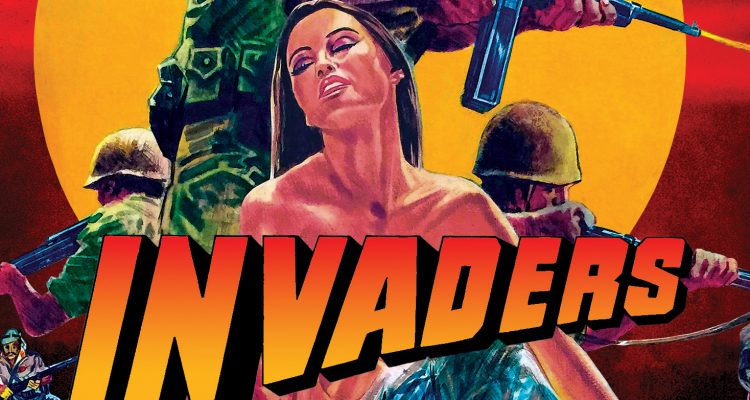 Not necessarily a riff on Raiders of the Lost Ark, but certainly in the same genre of treasure hunting adventure, Invaders of the Lost Gold has a promising first act, and then grinds to a screeching halt and never revs its engines up again.

A crate full of gold bars is stashed by Japanese soldiers in a cave in the Philippines during a skirmish with natives, and 30 years later an expedition of treasure hunters goes on a quest to retrieve it.

During a skirmish with headhunting natives in the jungles of the Philippines, a squadron of Japanese soldiers is whittled down to only three who survive, and what they carry is priceless: a crate full of Nazi gold. They stash it where no one will ever find it – deep in a cave – and they vow to return for it 30 years later. Those 30 years pass, and the former Japanese soldiers have moved on with their lives, uninterested in risking their lives returning to the Philippines to make good on their vow, but a legend has sprung surrounding the hidden gold. A cutthroat entrepreneur goes straight to the source regarding the legend, and when he encounters the Japanese captain who led the squadron all those years ago through the jungle, he demands to know where the gold is stashed, and procuring a map from the man, he kills him. Next, he visits one of the other two remaining former soldiers, and when he tells him what happened to his commanding officer, the second soldier commits seppuku, willing to die to take his secret to the grave. When he visits the third soldier (played by Harold Sakata who played Oddjob in Goldfinger), he offers him 25% of the treasure if he’ll help lead a team back into the jungles. With a deal struck, a team is assembled: a wealthy patron and his daughter (played by Glynis Barber), an adventurer gone to seed (Stuart Whitman), an enforcer (Woody Strode), and some extra weight, including a beautiful woman (Laura Gemser) the adventurer used to date. Once the trek begins, there is friction between some of the treasure hunters and mysterious deaths (including a snake bite, and then a weird drowning that is never explained) up the ante for the adventurers. Eventually and inevitably, there will only be a few to reach the treasure itself, and those few who are left will fight each other to the death to claim it.

Not necessarily a riff on Raiders of the Lost Ark, but certainly in the same genre of treasure hunting adventure, Invaders of the Lost Gold has a promising first act, and then grinds to a screeching halt and never revs its engines up again. Even at 88 minutes, the movie feels close to twice as long. It takes forever for the team to coagulate, and then their journey is slow with very little peril along the way. One character has a very suspicious death by drowning (?), but it’s suggested that something else occurs like a creature attack, or … I have no idea. It’s such a weird thing that happens in the movie, and then nobody takes the time to explain it. I was expecting a cannibals versus treasure hunters type of movie, but that never happens in the film, even though it’s highly suggested in the beginning. Ultimately, this movie is a big letdown, but it certainly had the right ingredients to turn some heads … or to chop them off.

Severin has just released a new Blu-ray edition of Invaders of the Lost Gold, and it’s presented in high definition for the first time. I’d never heard of this one before, so it was cool to become acquainted with it, and Severin deserves credit for brining it to the disc age. It comes with an on-camera interview with the director, plus outtakes from the documentary Machete Maidens Unleashed. 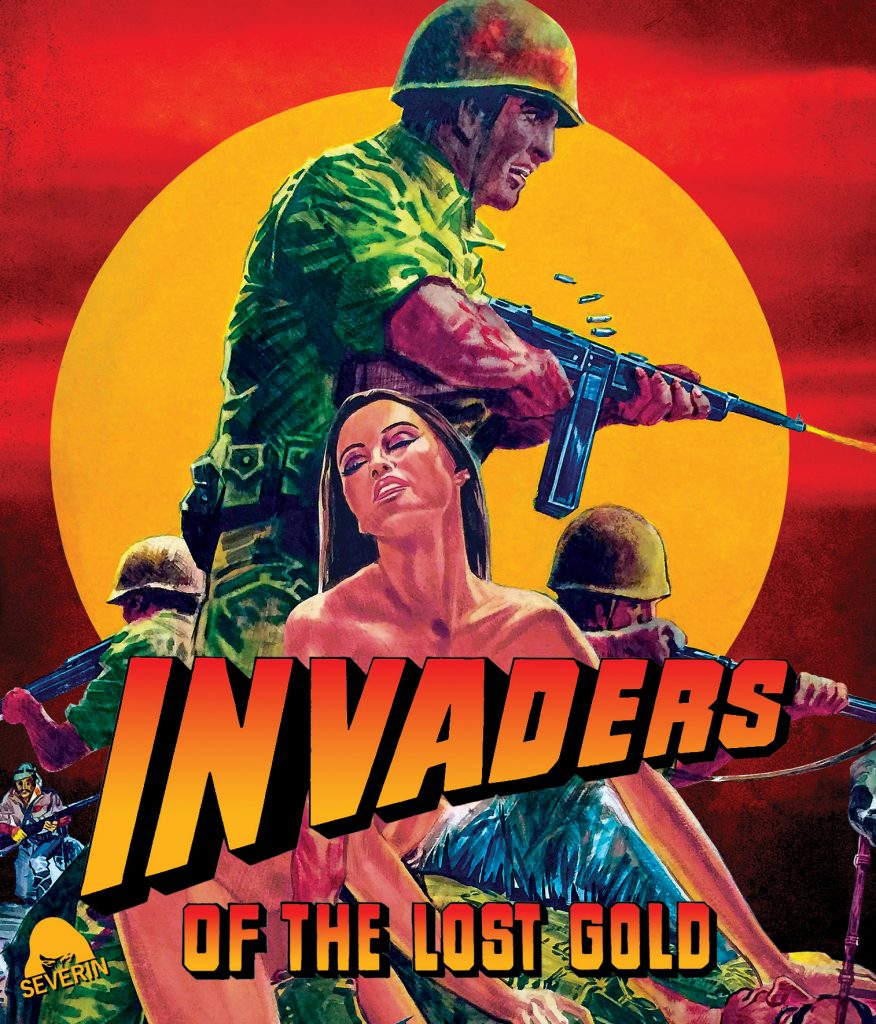