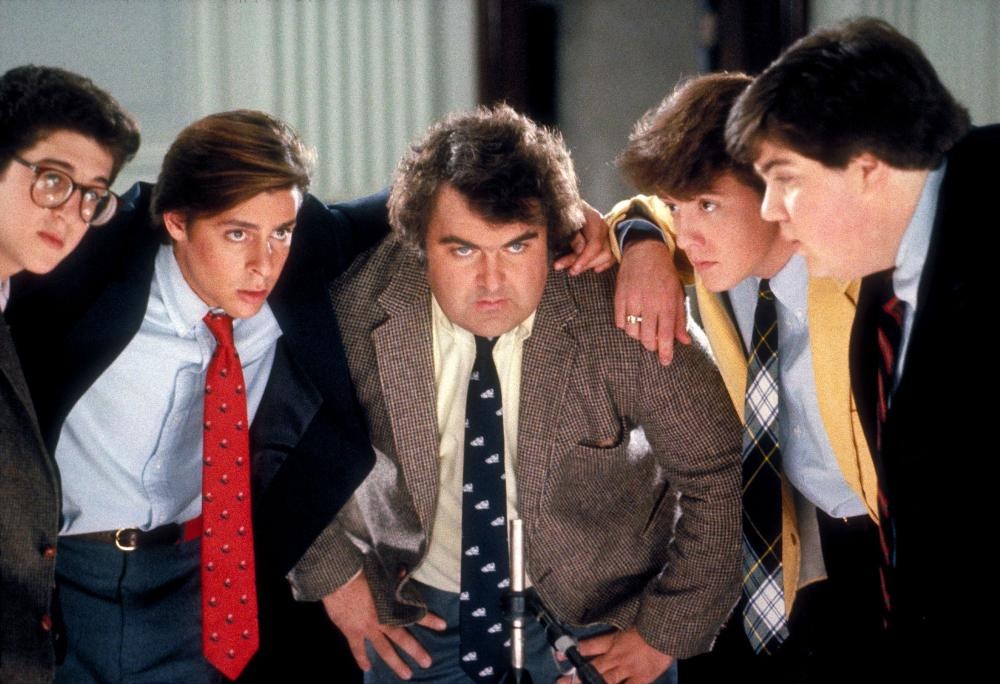 It’s fun stuff with an entertaining story and script. Good music score too.

Plot: A spoiled rich young man hires a young hustler, who lives in a broken car and owes money to a dicey loan shark, to take his place in his elite prep school and graduate for him.

Review: Filthy rich and lazy beyond compare, Palmer Woodrow III (Dana Olsen) is about to get cut off from his absentee parents unless he graduates high school, with a diploma in hand. He runs into a streetwise kid named Eddie Keaton (Judd Nelson fresh from Rock ‘n’ Roll Hotel) who is on the run from his aggressive bookie The Diceman (Andrew Dice Clay), and the two sense that they can help each other out. Palmer pays Eddie a great deal of money to go to a preppie school under Palmer’s name and ride out the year and collect his diploma. Easier said than done, though. Eddie, who clearly doesn’t fit in with the stuck up schmoozers at school causes quite a stir with the ladies – namely the gorgeous Tracey Hoover (Jonna Lee from Shattered Innocence and The Midnight Hour) – and he butts heads with the alpha male jock Biff (Scott McGinnis from Joy Sticks and Secret Admirer), who has it out for him from the get-go. After a while, Eddie gets the hang of the good life and he starts to assimilate, which drives his buddies (who actually know who is) crazy. On graduation day, he comes clean on the pulpit, redeeming himself and putting the real Palmer Woodrow III in the spotlight. An announcement in the end credits announces a sequel called Touristas, which was never made.

From The Cannon Group and screenwriter Gene Quintano, Making the Grade is a great showcase for the brand-new star Judd Nelson, who hadn’t appeared in The Breakfast Club yet. He’s interesting to watch and he was clearly a star on the rise. The movie itself is fun enough but hardly a classic; it has an amiable story with some nice touches in the script, and best of all it has good actors in it who make it worthwhile. A solid rock soundtrack and music score by Basil Poledouris contribute to the classy texture. The film could have used more snap and pizazz, but as is, it’s fun matinee stuff. Directed by Dorian Walker.

Olive Films recently released a superior looking high definition transfer on Blu-ray, which is a noted upgrade from the previous DVD release from MGM. The film has a nice, filmic texture to it, and it’s a comparable release to other recent Olive Films upgrades. No special features are included.