This is a great action movie, with now-famous road chases, and George Miller’s direction is crisp and genius.

On the onset of a world gone wild, a renegade highway patrolman named Max is out for revenge on the cutthroat gang that killed his family and best friend.

The first of four Mad Max movies presents the world in decline. There is still a resemblance to the world as we know it, only civilization is collapsing and chaos is becoming the new order. Police stations are trashed and mostly vacant, with just a few hard core, reckless cops to keep the peace. Max (Mel Gibson) and Goose (Steve Bisley) are the two best highway patrolmen left, and when the law leaves them to their own methods in capturing several members of a crazed motorcycle gang, Goose is killed and Max quits the force to be with his family. Later, the leader of the gang, a one-eyebrowed, bizarre psychopath named Toecutter (an unforgettable Hugh Keays-Byrne) runs Max’s wife and child over on the road. Max contemplates in rage the fate that has befallen him, and he suits up in his black leather uniform and revs his Ford Falcon XB and drives off to enact his revenge.

This is the one that pretty much started it all. It was its sequel The Road Warrior that many post-apocalypse movies copied, but this is the film that set the standard from which to follow. Mel Gibson plays it straight, giving his character depth and dimension. There are some moments in this movie that may seem awkward and out of place (such as the nightclub scene), but the overall effect of the film is powerful, and with repeated viewings, the film’s intentions are more fully realized. This is a great action movie, with now-famous road chases, and George Miller’s direction is crisp and genius. The energetic score composed by Brian May is a highlight as well. Best to see this on a big screen, but a home video staple, this is a must-see.

Kino Lorber will be releasing a new Blu-ray edition of Mad Max later this month, and while the film has been released multiple times on Blu-ray already, Kino is adding some new special features to the disc, as well as offering a separate 4K / Ultra HD disc release for those who have the equipment to enjoy that format. The quality of the picture versus previous editions (namely the Shout Factory release from a few years back) is comparable, but to my eyes (could be my imagination, but who knows?) this edition looked a little sharper and warmer than any other home video version I’ve watched. The best new special feature on this edition is a new interview with George Miller. All of the other interviews and commentaries, etc. were previously available on the Shout Factory release. If you just can’t get enough Mad Max, then this release is a necessary addition. Plus, I prefer the cover artwork and slipcase for Kino’s release to any of the other releases. 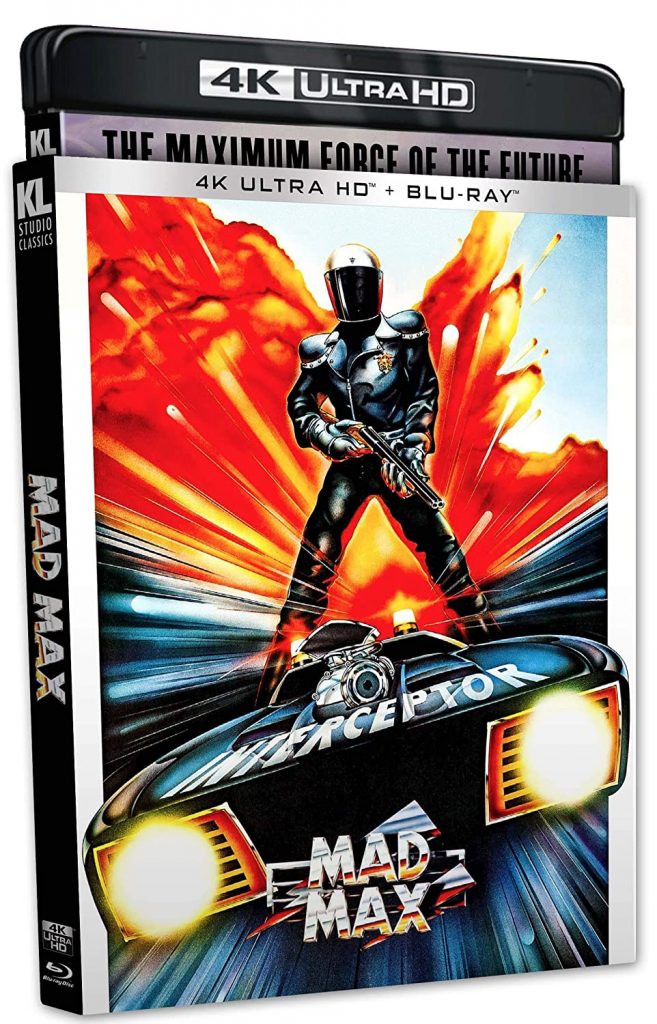