DeNiro and Murray both play against type, and they’re at their peaks with pitch perfect performances.

Plot: After his life is saved by a lonely cop, a mobster who moonlights as a stand-up comedian provides the cop with a beautiful young companion

Review: Crime scene photographer cop Wayne Dobie (Robert DeNiro) is a timid lonely heart sad sack with broken dreams and unfulfilled potential. His fellow detectives goad him and nickname him “Mad Dog” to mock him, but he’s generally well liked despite the fact. One night he inadvertently saves the life of a powerful local loan shark named Frank Milo (Bill Murray), setting the course of his destiny. Milo repays his debt to Wayne by loaning him a beautiful young woman named Glory (Uma Thurman) for a week, since he suspects Wayne is in need of a woman’s attention. Uncomfortable with the new arrangement, Wayne struggles with how to proceed with the awkward, but kind Glory in his apartment, and though he resists her at first, the two eventually develop feelings for each other. Wayne, being a guy who wears his heart on his sleeve, falls in love and refuses to return his loan, sparking an interesting match between him and Milo, who demands payment for the girl.

A real romantic zinger of a crime drama, Mad Dog and Glory is one of the best and most unheralded films of the ’90s. DeNiro and Murray both play against type, and they’re at their peaks with pitch perfect performances. David Caruso, who plays DeNiro’s fellow detective and friend, steals the show in an outstanding performance as a tough guy. Director John McNaughton (Henry: Portrait of a Serial Killer) gives the film some real nuance and class, while leaving all the gritty bits of the genre intact. Richard Price’s script is sharp and whip smart, and the film encapsulates love and loneliness perfectly.

Kino Lorber’s new Blu-ray of Mad Dog and Glory is a must-own for fans of these stars, and if you missed out on the previous Universal DVD from over a decade ago, this is the right time to get acquainted with the film. Kino’s bonus features include an audio commentary by McNaughton, a making-of featurette, a trailer, and archival interviews. 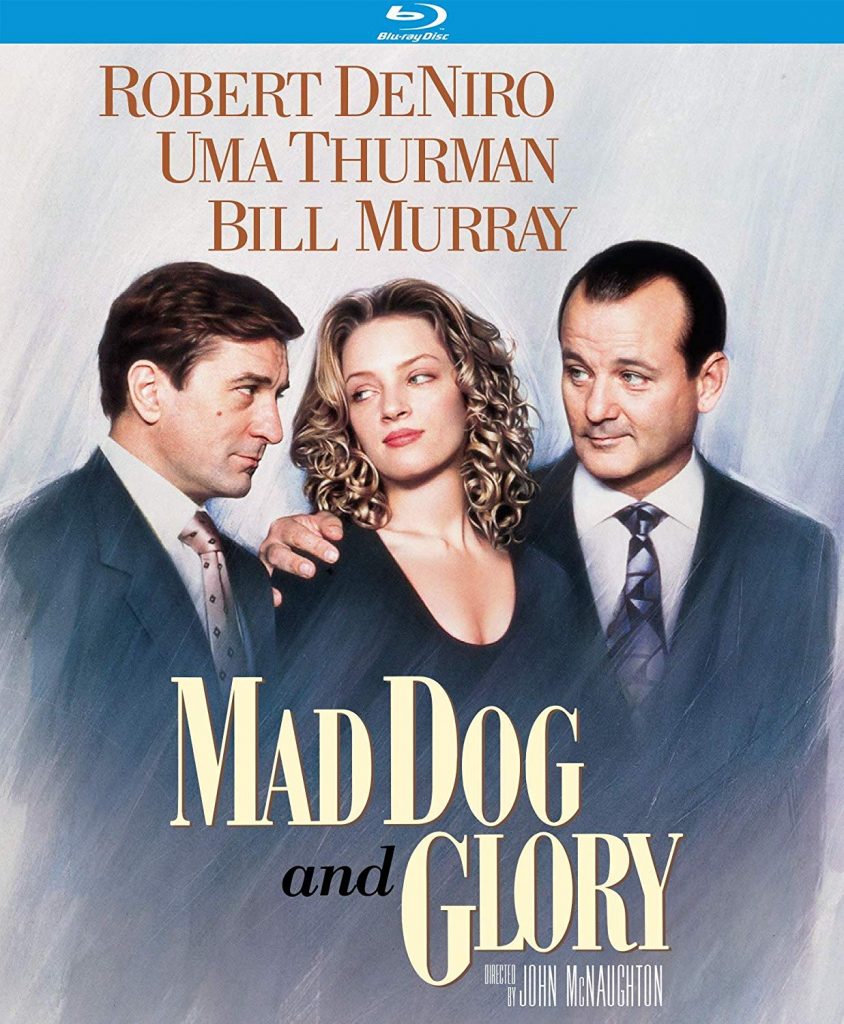