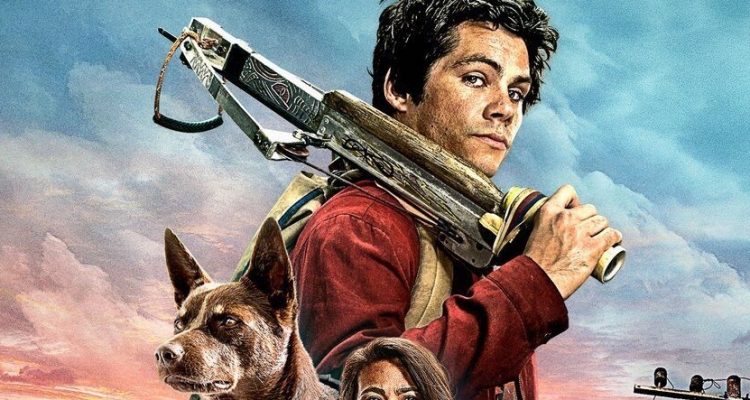 A good-looking studio movie with nicely designed creatures, Love and Monsters is like a big-budget sitcom on the move, with a plot that teenagers will like, but seasoned applicants of the apocalyptic genre will yawn at.

A long distance relationship unfolds in the middle of a worldwide apocalypse where monsters have evolved from insects and amphibians.

With the threat of an impending asteroid strike on earth, the world gets together and launches tons of missiles into space to blow up the falling rocks, which works, but in the aftermath, chemical particulates come back down to earth, and rapidly mutate the insect and amphibian kingdoms of the planet. In a few years, mankind is knocked off the top of the food chain, giving way to giant, behemoth creatures that a person once could step on without a second thought. After a failed war against the creatures, humanity is forced to retreat underground in redoubts and bunkers, and in seven years food sources and ammunition have dangerously dwindled to the point of desperation. One young man named Joel (Dylan O’Brien from The Maze Runner) lost his parents as a teenager right at the onset of the insect apocalypse, and has become a timid, fearful cook in his small underground community, where everyone has paired up with a mate, except him. He had a girlfriend named Aimee (Jessica Henwick) before all this business started, but she ended up in another community located 80 miles away, and so Joel is a sad sack, virtually good-for-nothing that everyone treats like a spare tire. When he gets the community’s radio working again, he’s able to miraculously contact Aimee, which inspires him to leave the home nest on his own to travel the 80 miles he needs to go to find the girl he used to love, and assumes still loves him. But they’re several major problems with his plan: He has to go on foot without any battle experience, without a map, and without a prayer in the world that he can possibly survive the trek on foot, but he goes anyway. The world outside has become a nature-reclaimed urban wasteland ruled by giant bugs (think Starship Troopers), and by some good plum luck, Joel survives his first few encounters with the deadly predators, and then gets a smart dog sidekick who is even luckier than he is. He later teams with a grizzled old traveler (played by the reliable Michael Rooker), and a plucky little girl who travels with him. It is with these two that Joel learns some survival instincts, and he’s eventually able to find Aimee in her community, but things with her don’t quite go as he planned.

A good-looking studio movie with nicely designed creatures, Love and Monsters is like a big-budget sitcom on the move, with a plot that teenagers will like, but seasoned applicants of the apocalyptic genre will yawn at. Star O’Brien is a pip squeak of an actor and he plays a milquetoast character, so the kismet is there, but the rinky dink plot doesn’t do his image or the movie any favors. The movie works best when it’s focused on the creatures, the action, and the landscapes, but the characters and their childish motivations devalue this to a brainless level that Redbox customers will blindly adhere to. It’s adequate, but fun on the most nominal level. From director Michael Matthews.

Paramount’s new Blu-ray edition of Love and Monsters is out just in time to enjoy it during the holidays. I caught this one at a drive-in, and I was surprised that Paramount would release such a high valued film during the pandemic this year, but I enjoyed it, and it looks and sounds great on home video too. The disc comes with a digital code, plus dleted scenes, and two bonus making-of features. 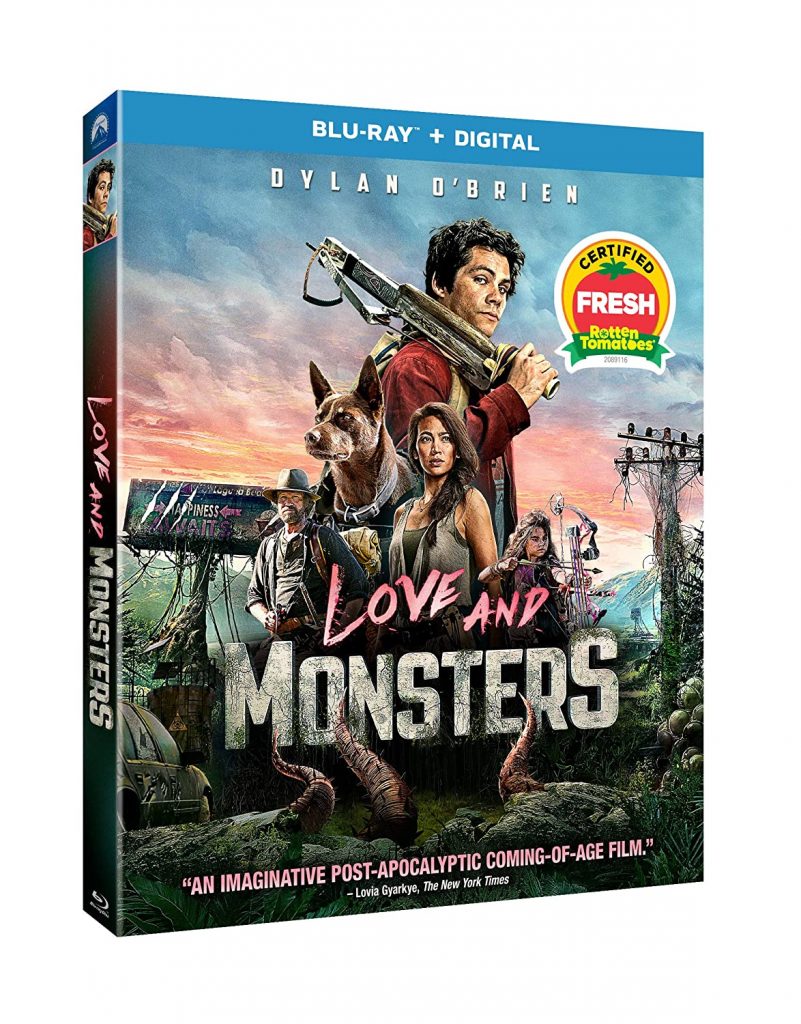