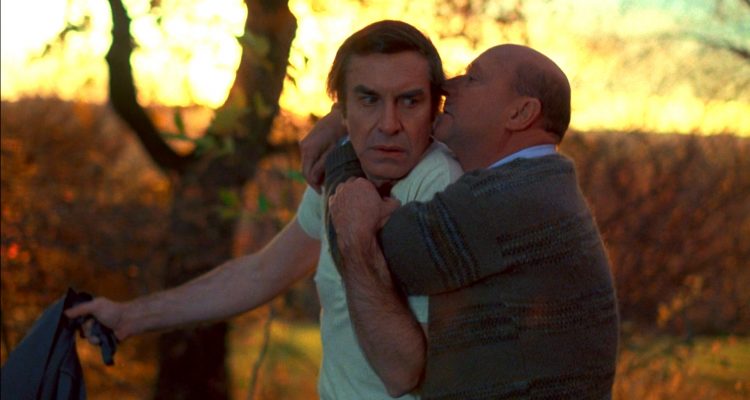 Plot: A quartet of murderous psychopaths break out of a mental hospital during a power blackout and lay siege to their doctor’s house.

To be honest, I had never heard of this one until fairly recently which is a shame as Alone in the Dark is an overlooked horror film that doesn’t get talked about a lot.

What definitely separates this from other slashers is this focuses more on tension and atmosphere rather than straight up gore which I appreciated. It also helps that this is easily the best acted out of all of them thanks to the presence of great actors such as Jack Palance, Donald Pleasance, and especially Martin Landau who clearly had a blast making this one which was fun to see. It was also fun to see Dwight Schultz in a different kind of role to the one he played on The A-Team which he pulled off very well.

The story is not only interesting, but very creative with the way it’s told especially during certain scenes regarding the psychopaths interaction with regular people.

The direction by Jack Sholder is very impressive especially considering that this was his directorial debut, but it didn’t come off that way to me at all.

Overall, Alone in the Dark is a hugely enjoyable horror film that has good acting, a fairly simple but well executed story, is well directed, and managed to showcase that it wasn’t your typical slasher that you would see at that time.