An enterprising teenage boy falls in love with a young woman a few years his senior, and they navigate their lives and their love through a perilous 1970’s Los Angeles.

15 year-old Gary (Cooper Hoffman, son of the late Philip Seymour) is quite a kid: He supports his mom with his acting career, and he has enough confidence and panache for an entire generation of peers. When he sees Alana (Alana Haim), a 25 year-old photographer’s assistant on picture day on campus, it’s love at first sight. He asks her out, and shrugging him off for being just a kid, she surprises even herself by accepting. Thus begins a beautiful relationship between these two, circa 1973 in the dipping valley of Northern California amidst the gasoline / Vietnam crisis of the Nixon administration. Gary goes out for auditions, but his career as an actor plateaus, and so he embarks on an ambitious entrepreneurial career, selling waterbeds, and then later on opening up a pinball arcade. He and Alana cross paths with movie producer Jon Peters (who was Barbara Streisand’s boyfriend at the time) and get into a very tense confrontation with him, while Alana – whose life consistently flounders in a series of life choices – tries acting for a minute, and she spends some up close and personal time with an aging movie star, played by Sean Penn. Later, Alana becomes a volunteer at a local politician’s office, which leads to some realizations about her own path, but no matter how far she tries running from Gary, who obviously loves her, she always ends up back with him.

A surprisingly sweet and chaste coming of age love story from writer / director Paul Thomas Anderson, Licorice Pizza is an almost perfect slice of nostalgia with two magnificently cast newcomer leads. Both Gary and Alana get equal focus, and so the movie doesn’t have a “male gaze” or a specifically pointed female point of view, but it is Gary’s character who clearly has it together, and Alana who follows, despite their age difference. I loved every minute of this picture, and it’s easily my favorite Anderson film simply because it’s his most easily accessible. The characters are all fully realized and developed, and the movie always kept me on my toes. A modern coming of age classic in every sense, Licorice Pizza is a delectable treat, but possibly not for everyone.

Universal’s Blu-ray / DVD / Digital code combo will be released on May 17th, and it comes with a limited edition poster, camera tests, a commercial, behind the scenes, and a bonus scene. If you missed this theatrically, this is the best way to get a hold of the film and own it. 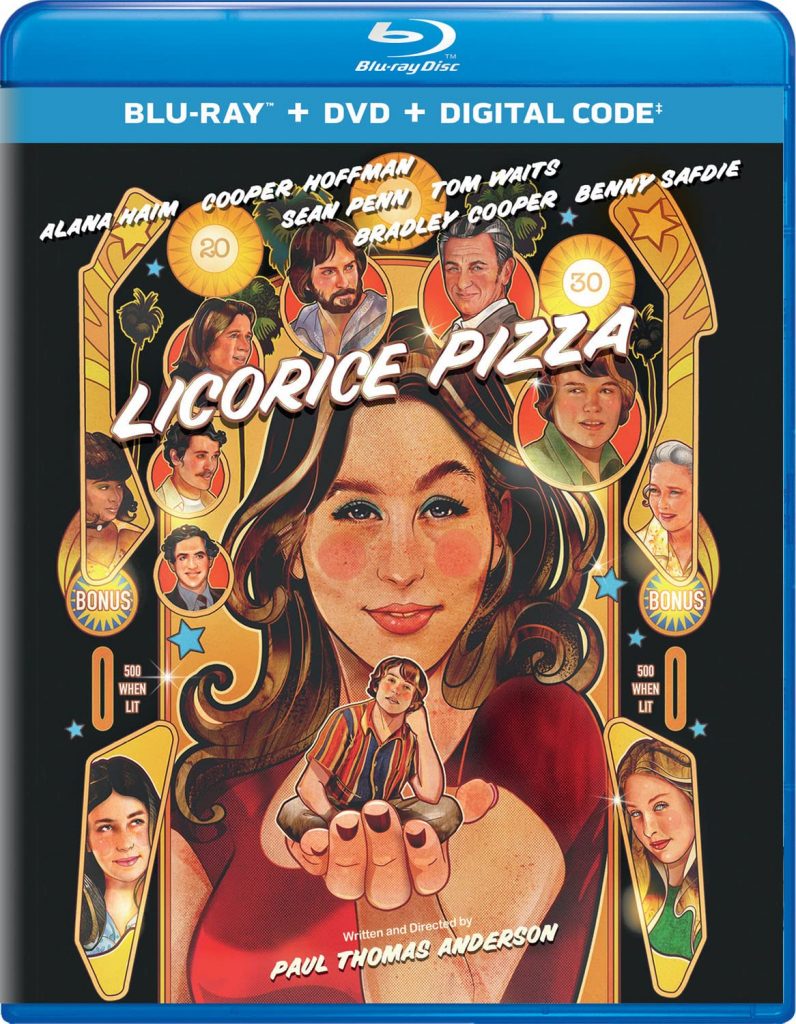