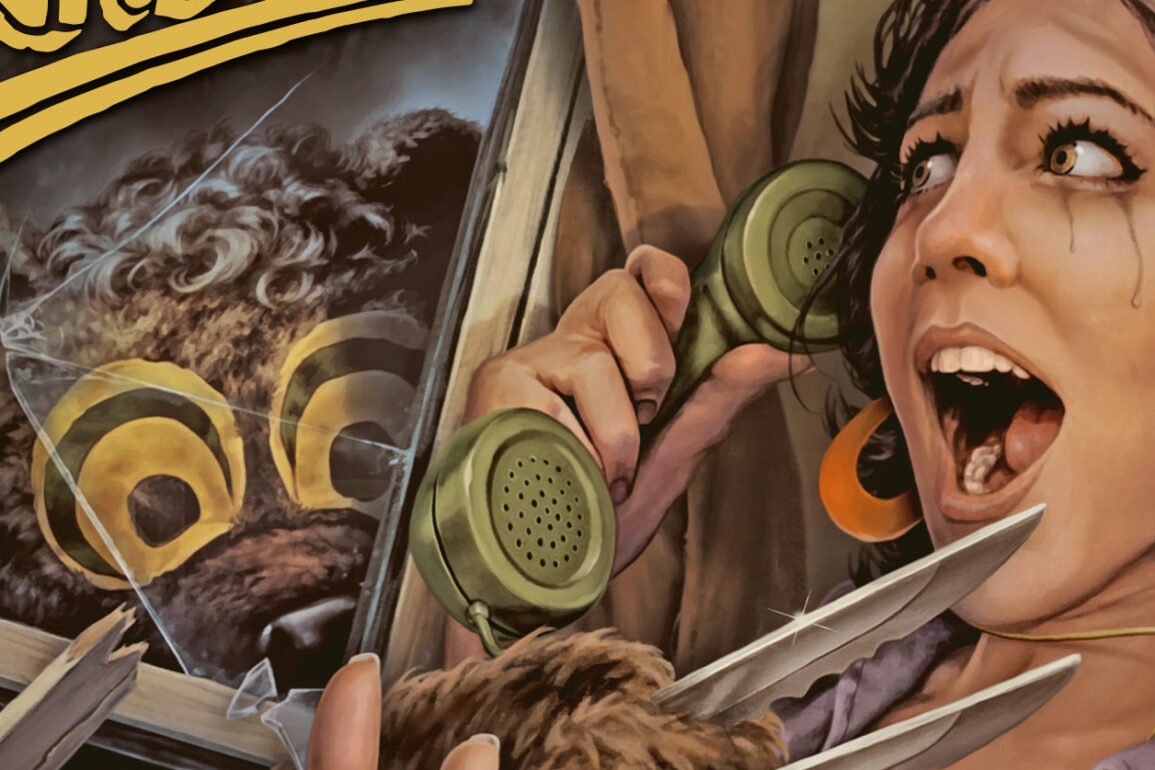 If you’re a fan of this genre, it would be next to impossible not to enjoy this one, as it is well made, suspenseful when it needs to be, and has all the bloody trappings a movie like this needs to be fun and entertaining.

A killer is stalking and slaying college kids on campus on the night of the big scavenger hunt.

Everything is hunky dory at Dewitt University where the kids are carefree and full of love, hope, and dreams, and yet it will all come crashing down in a bloody rampage on the big night of the scavenger hunt, hosted by the campus radio DJ who always spins classic rock tunes from the ’60s and ’70s. At the nearby asylum an inmate commits suicide, prompting a killer to don the cumbersome bear outfit of the school mascot, retrofitting it with a Freddy Krueger-style knife glove that will soon see blood and gore dripping from its tips. When the killer eventually gets to killing, they taunt the local DJ, knowing where all the scavenger hunt items are located, laying in wait for the happy-go-lucky kids to come find them, springing into killing mode when they show up in the middle of the night as they follow the clues. The campus cop (played by Hal Holbrook) is the only one who might have an inkling as to who the killer might be, as the inmate who committed suicide was directly responsible for killing his daughter many years ago. With the bodies piling up and the mascot killer on the loose, this Girls Nite Out is going to be a hell of an evening!

What I loved about the simple, easy-to-follow slasher Girls Nite Out was that the characters were all pushing into adulthood and we grew to care about their lives at the moment in time they all found themselves in the crosshairs of cruel fate. I really enjoyed getting to know all these young people with their sex lives, their fun meals, their problems and sorrows. The killer is especially cruel in this movie, and the slashings are brutal and bloody. The soundtrack was filled with golden oldies (each song plays twice, for some reason), and the cast of young people was attractive and fresh-faced like a lot of these early ’80s slashers. If you’re a fan of this genre, it would be next to impossible not to enjoy this one, as it is well made, suspenseful when it needs to be, and has all the bloody trappings a movie like this needs to be fun and entertaining. From director Robert Deubel.

Arrow Video’s new Blu-ray edition of Girls Nite Out features a brand new 2K transfer that really shines and glimmers, and includes a new audio commentary, several new video interviews with the cast members, plus an archival interview, trailers, and a rad new piece of cover artwork by Justin Osbourn. 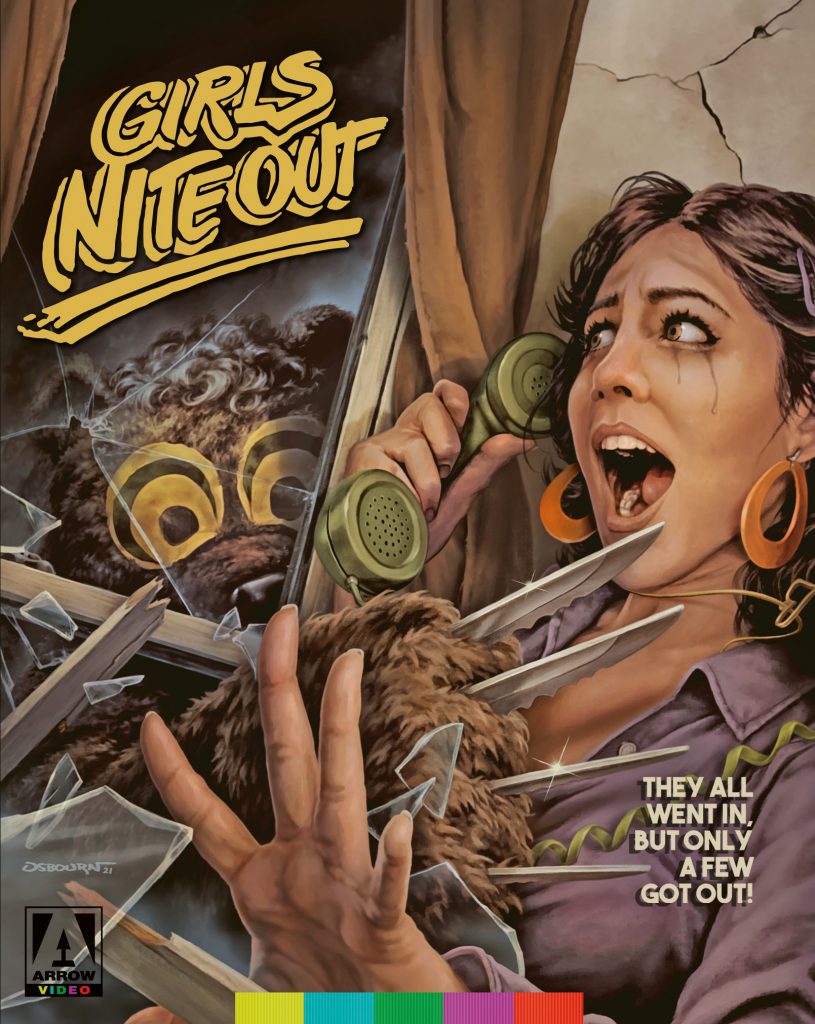